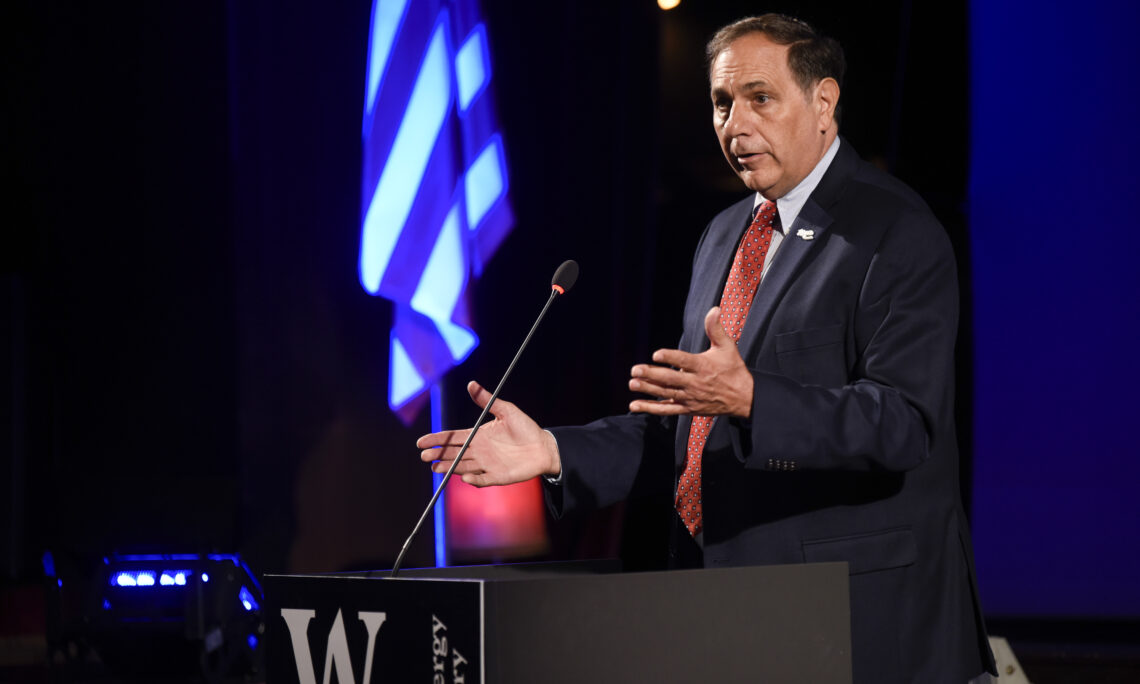 Thank you, Sarah. It is an honor to be here today joining you and other colleagues from the Millennium Challenge Corporation, Millennium Foundation Kosovo, and most importantly, our partners and future leaders in Kosovo’s energy sectors—alumni of the Women in Energy Program.

Today we mark the end of an inspiring, innovative, and pioneering program, MFK’s Women in Energy activity. This 5-year program assisted Kosovo take initial steps to bridge the enormous gender gap in the energy sector here.

Since 2019, although we’ve seen a new global energy economy emerging, transformation of the sector is still very much “under construction” in Kosovo. The energy sector was especially and acutely impacted by the COVID-19 lockdowns, and just as the economy began to emerge from the fallout of the pandemic, Kosovo faced the European energy crisis.

Increased energy costs have had real, damaging impacts on households in Kosovo, with many families having to make unenviable choices during the winter. In most households, women were left to decide whether to heat the house or put food on the table; a difficult choice for any family, but especially those from vulnerable communities in Kosovo.

Although women are perhaps most impacted by costs and dysfunctionalities in the energy sector, they remain wholly underrepresented when it comes to participation in decision-making and planning. According to International Energy Agency, women make up only 14% of senior management positions, and approximately 22-25% of total employees in the power sector worldwide.

In Kosovo, those numbers remain far lower. It is estimated that only 7% of energy sector jobs in Kosovo are filled by women.

Why is that? Reasons vary.

First, according to women energy professionals, many girls and women continue to believe that energy is a predominantly male domain and self-select out even in early years. This belief takes root and has long-lasting effects. A lack of support and encouragement from parents and teachers diverts girls from studying Science, Technology, Engineering and Mathematics (STEM) topics, which then prevents women from entering these vital fields.

Second, the low number of women employed in the energy sector is also reflected in a major gender imbalance in the upper echelons of government and private sector energy organizations. Leadership positions of all important economic operators, from production to transmission to distribution to supply, are heldby men. While there are ongoing changes taking place on the boards of operators, public enterprises, and regulatory authorities, but as of today, only 25% of board seats are held by women.

The Women in Energy program has been timely and effective in helping Kosovo increase gender diversity in the energy sector.

The United States is proud of the achievements of the Women in Energy program, and I know everyone in this room is proud as well. This intervention created new opportunities and career paths for many Kosovan young women and is already contributing to better gender inclusion in Kosovo’s energy sector.

Hundreds of women have directly benefitted from this program, 26 Kosovan women received scholarships to study energy-related fields at Des Moines Area Community College in the United States – it also increased that important Kosovo-Iowa connection.
Over 200 women participated in internships in the energy sector.
And, over 400 women-owned businesses received grants to invest in energy efficiency. All of these activities have led to greater participation of Kosovan women in the energy sector.

I also believe these programs are force multipliers – leading to greater awareness that there are opportunities for women in the energy sector.

While today may mark the conclusion of the Women in Energy program as part of MCC’s Threshold program, much works still remains. That’s why I’m happy to report that MCC, through its upcoming Compact Program, will continue its support as Kosovo builds a more diverse and skilled workforce, focusing on renewable energy and energy storage sectors. This will help Kosovo achieve both increased gender diversity and Kosovo’s path to energy transition.

To the Women in Energy program beneficiaries – I look forward to working with you in building a better, healthier, and cleaner future for the people of Kosovo.