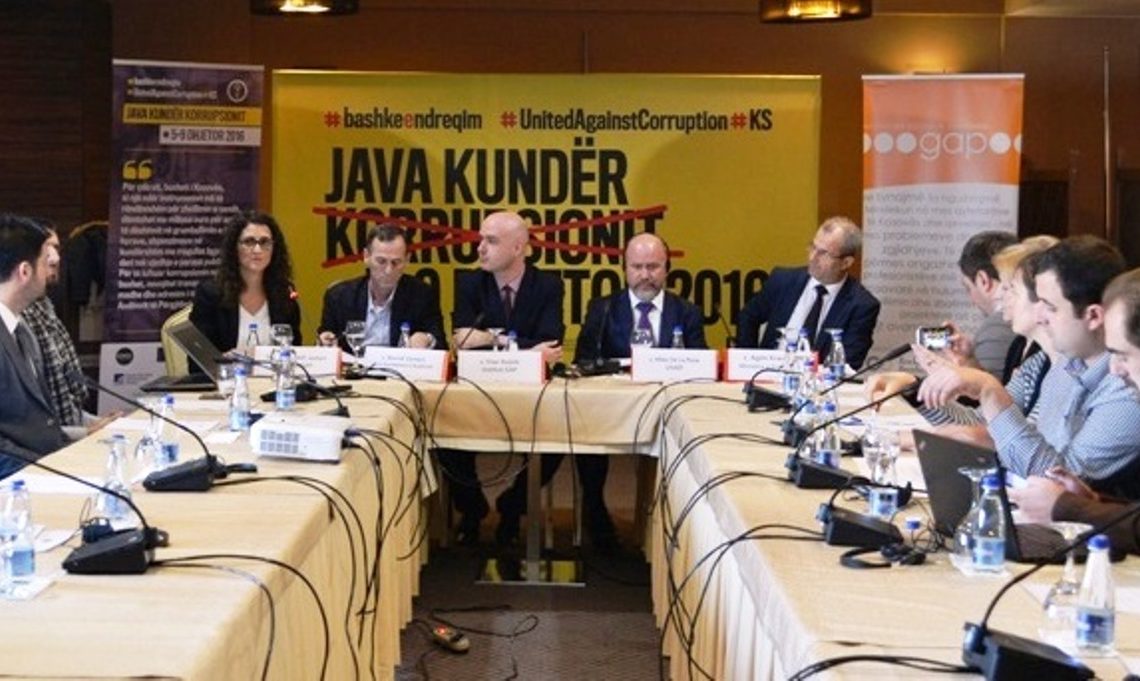 Thank you very much Nora.  And thanks to everyone else for taking the time to be here today. (Minister Hoti and Mr. Besnik Osmani)

I appreciate the opportunity to emphasize the U.S. Embassy and USAID’s commitment to fighting corruption in Kosovo.

There is no question that corruption costs a country in so many ways – especially economically.  And Kosovo is no exception.

So, you might remember when Vice President Biden was out here back in August, he said: Corruption is a cancer that eats at the fabric of every society where it exists.…And unless it’s dealt with, the likelihood of bringing down the unemployment rate, the likelihood of raising the standard of living, the likelihood of Kosovo meeting its potential — is not likely.

Corruption drains the economic resources away from the people and drives away business and investment. It weakens a nation’s ability to defend itself. And it leaves it vulnerable to manipulation from outside its borders.

So more to the point, corruption jeopardizes everything Kosovo hopes to achieve, hopes to become, hopes for its future.

And improved fiscal transparency is one of the most important ways to fight corruption.

We believe that the taxpayers of Kosovo have the right to know how the government spends their money, and so we strongly support the transparency initiatives of GAP to gather and publish financial reports and to highlight trends in public spending.

Public procurement is one of the government activities most vulnerable to corruption.

In addition to the volume of transactions and the financial interests at stake, corruption risks are exacerbated by the complexity of the procurement process, the close interaction between public officials and businesses, and the multitude of stakeholders.

The US government has also been working with Kosovo to increase its fiscal transparency including on the procurement front.

USAID has supported the Government of Kosovo’s transition to e-Procurement, which helps create a public record of government spending.

And in fact, we expect to start up our new activity within the next month to further develop the e-procurement capacity of the Kosovo government – especially at the municipal level.

This public record for procurement will make it easier for the media, civil society, and the general public to hold their own government accountable.

I look forward to hearing more from the other panelists, as the Ministry of Finance and the Auditor General both play key roles in creating, implementing, and enforcing regulations that help ensure fiscal transparency.

As Ambassador Delawie says, “the fight against corruption requires a whole of government approach,” so we appreciate your work to support fiscal transparency — and to review it as a means to combat corruption.

Thank you again for the opportunity to participate, and I look forward to an interesting discussion.