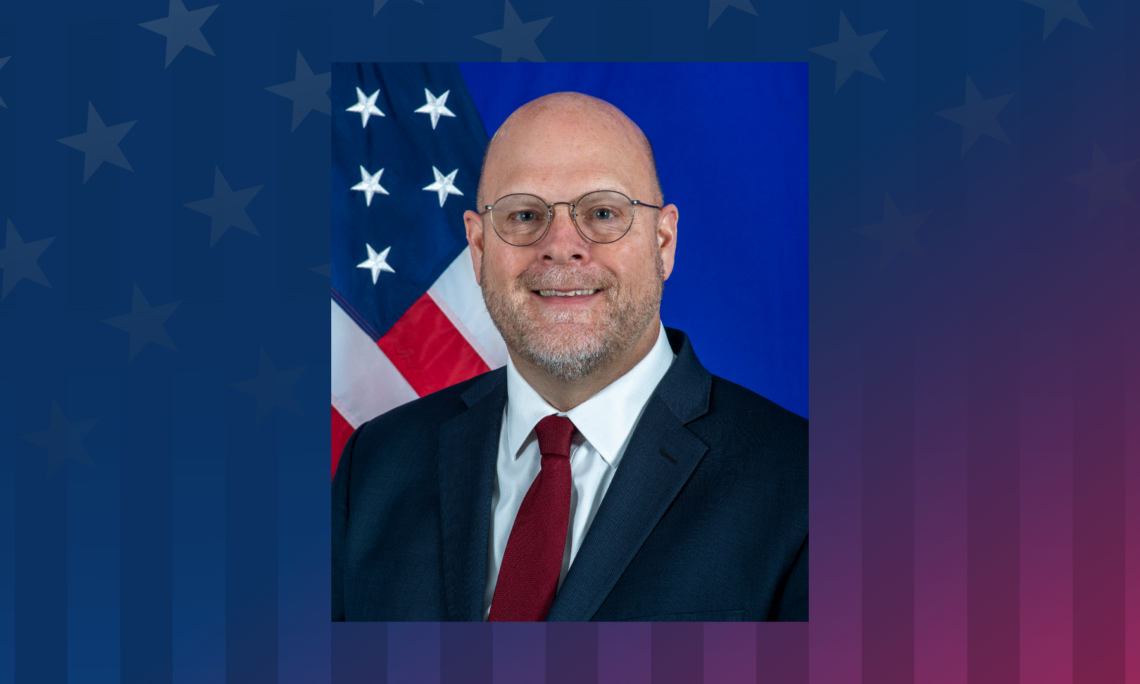 Our Strength is our Unity:

This is a dangerous moment for Europe and for freedom-loving people around the world.  By launching his brutal assault on the people of Ukraine, Vladimir Putin has also committed an assault on the principles that uphold global peace and democracy.  But the people of Ukraine are resilient. They’ve had a democracy for decades, and their bravery is inspiring the world.  The United States, together with our Allies and partners across the globe, will continue to support the Ukrainian people as they defend their country.  By choosing to pay for a war instead of investing in the needs of Russians, Putin’s invasion of Ukraine will be a strategic failure for the Kremlin and ravage the future of the Russian people.  When the history of this era is written, it will show that Putin’s choice to launch an unprovoked, unjust, and premeditated attack left the West more unified and Russia exponentially weaker.

United in Our Response

This will not end well for Vladimir Putin.  Together, the United States and our Allies and partners are taking action to hold Russia accountable.  As a result of unprecedented global sanctions coordination, the United States, the United Kingdom, the European Union, Japan, and Canada have removed selected Russian banks from the SWIFT messaging system and imposed restrictive measures on the Russian Central Bank.  President Biden announced sweeping financial sanctions and stringent export controls that will damage Russia’s economy, financial system, and access to cutting-edge technology.  After Putin began his invasion, the ruble hit its weakest point in history, and the Russian stock market plunged.  Along with the United Kingdom and European Union, the United States imposed sanctions on the architects of this war, including Putin himself.

In addition to economic penalties, President Biden authorized an additional $350 million of security assistance to immediately help Ukraine defend itself, bringing America’s total security assistance to Ukraine over the past year to more than $1 billion.  We also stand ready to defend our NATO Allies.  President Biden has coordinated with Allied governments to position thousands of additional forces in Germany and Poland as part of our commitment to NATO’s collective defense.  He authorized the deployment of ground and air forces already stationed in Europe to NATO’s eastern and southeastern flanks:  Estonia, Latvia, Lithuania, Poland, and Romania.  Our Allies have also added their own forces and capabilities to ensure our collective defense.  There should be no doubt about the readiness of the greatest military Alliance in the history of the world:  NATO is more united than ever.

The United States has also coordinated with major oil-producing and -consuming countries to underscore our common interest in securing global energy supplies.  We are working with energy companies to surge their capacity to supply energy to the market, particularly as prices increase.

This was an attack that Vladimir Putin has planned for a long time.  He methodically moved more than 150,000 troops and military equipment to Ukraine’s border.  He moved blood supplies into position and built field hospitals, demonstrating his intentions all along.  He rejected every good-faith effort by the United States and our Allies and partners to address his fabricated security concerns and to avoid needless conflict and human suffering by engaging in diplomacy and dialogue.

Putin executed his playbook exactly as we had warned he would do.  We saw Russia’s proxies increase their shelling in the Donbas.  We saw the Russian government launch cyber-operations against Ukraine.  We saw staged political theater in Moscow and heard outlandish and baseless claims made about Ukraine in an attempt to justify Russia’s aggression.  Russia continues to justify its military aggression by falsely claiming the need to stop “genocide” in Ukraine – despite there being no evidence that genocide was occurring there.  We saw Russia use these tactics before when they invaded Ukraine in 2014 and Georgia in 2008.

And then, at almost the very same moment the United Nations Security Council was meeting to stand up for Ukraine’s sovereignty and forestall disaster, Putin launched his invasion in violation of international law.  Missiles began to rain down, striking historic cities across Ukraine.  Then came air raids, columns of tanks, and battalions of troops, all riding a renewed wave of disinformation and outright lies.

We have been transparent with the world.  We declassified our intelligence about Russia’s plans so there could be no confusion and no cover up.  Putin is the aggressor.  Putin chose this war.  And now his people will bear the consequences of his decision to invest in war rather than in them.

Transatlantic Unity and Resolve Stronger Than Ever

Putin’s goal of dividing the West has failed.  In the face one of the most significant challenges to European security and democratic ideals since World War II, the United States and our Allies and partners have joined together in solidarity.  We have united, coordinating intensively to engage as one with Russia and Ukraine, provide assistance to Ukraine, develop a broad and massive response, and reaffirm our commitment to NATO.

The next few days, weeks, and months will be incredibly difficult for the people of Ukraine.  Putin has unleashed great suffering on them.  But the Ukrainian people have known 30 years of independence, and they have repeatedly shown  they will not tolerate anyone who tries to take their country backwards.  The world is watching this conflict closely, and if Russian forces commit atrocities, we will explore all international mechanisms that could be used to bring those responsible – whether members of the military or their civilian leadership – to account.

Putin’s aggression against Ukraine will cost Russia profoundly, both economically and strategically.  The Russian people deserve better from their government than the immense cost to their future that this invasion has precipitated.

Liberty, democracy, and human dignity are forces far more powerful than fear and oppression.  In the contest between democracy and autocracy, between sovereignty and subjugation, make no mistake:  Freedom will prevail.