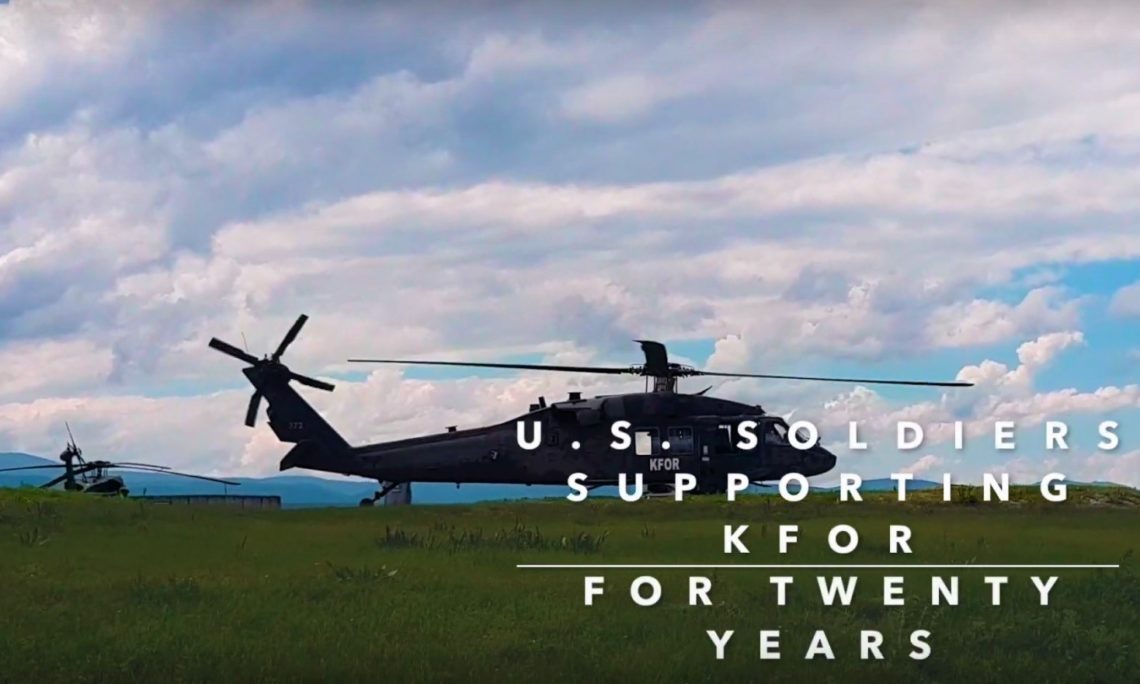 U.S. troops contribute to NATO-KFOR’s mission of guaranteeing a safe and secure environment and freedom of movement for all the communities in Kosovo.

The first time I was here was back in 1999, approximately 20 years ago.  There was no Camp Bondsteel at the beginning. Actually I lived in a village and operated in that sector out of that village.

The Liaison Monitoring Team serves as the bridge between the civilian community, institutions in Kosovo, and KFOR.

I am part of the medevac mission in support of the peace support operations here in Kosovo. We are proud to be here.  We enjoy what we do, and more specifically we love when we are able to help the Kosovo citizens.

U.S. troops at Camp Bondsteel demonstrate the United States’ commitment to peace and stability for Kosovo.

So one of our big accomplishments here in Kosovo was planning and putting together the multinational EOD Symposium. there were twelve different EOD entities that participated to include every KFOR EOD unit as well as Kosovo Security organization EOD.

In cooperation with the Kosovo government and civil society partners, KFOR’s Explosive Ordnance Disposal teams have removed 80% of explosive devices on the ground in Kosovo and are working to reduce that number to zero by 2024.

One of our recent projects is creating an interethnic arts competition focused on providing supplies for schools in need as well as promoting multiculturalism and tolerance between the communities here in Kosovo.

Second time I was here it was 2001.  Camp Bondsteel was a thriving metropolis.  It was very big.

Back here again, third time 2018-2019, Camp Bondsteel has definitively downsized. Some big differences between the first deployment and this deployment is the infrastructure  here in the country. Roads, economy, everything is booming now, not so much the case in 1999.

Certainly proud to be a part of this multinational organization that is serving in supporting peace support operations here in Kosovo.

We are proud to be part of this mission

I am very happy to be part of the KFOR team.

U.S. Embassy Pristina lauds the current contributions of 20 NATO members and 8 partner countries and thanks the thousands of American soldiers who have served in Kosovo over the past twenty years.