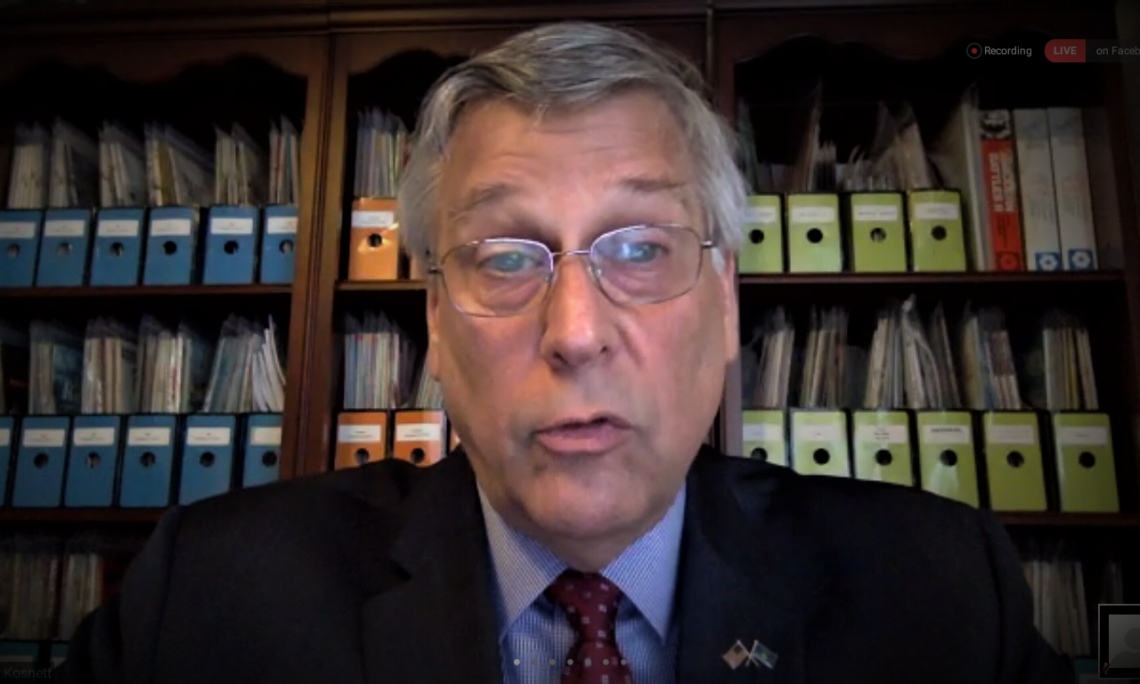 For centuries, Kosovo has been a meeting point for people of many faith traditions. People of good will have always opened their arms and their homes to neighbors, regardless of their faith or ethnic identity. In recent decades, people from Kosovo’s disparate communities have sometimes struggled to come to grips with the hatreds and suspicions that plague the Balkans. It’s not easy, but there are encouraging signs of progress. In recent weeks, we have seen how the pandemic threat has encouraged practical cooperation across community lines and regional borders.

But COVID-19 is not the only invader against which Kosovo and others in the region are engaged in dramatic battle. In the past decade, as Kosovo has worked to build itself as an independent state, an ideology foreign to Kosovo’s historic hospitality and inclusiveness has crossed your borders, seeking to subvert the fundamental nature of your society. I speak of the threat posed by violent extremism.

I have lived much of my life in predominantly Muslim countries – Turkey, Iraq, Afghanistan, Uzbekistan, Kosovo. As a Christian, I share many beliefs with my Muslim brothers and sisters, and I respect those who try to build bridges between faith communities.

But on the other side of the equation, I have seen the lies and the cost of terrorism and violent extremism up close. ISIS and other terrorists build their appeal on the seductive lie you cannot be both a good Muslim and a good citizen of your country. They want you to believe their model of a caliphate is ideal and the only way to live as a person of faith is to join them, ideologically as well as geographically.

Often, people are not driven to extremism because they are “true believers,” nor attracted to violence or revolution, but because they see failings at home – corruption, poverty, exclusion, and other social ills – and they feel powerless to change them. The temptation of organizations like ISIS is the promise of a path toward their version of justice, their version of freedom, of an abundant life.

That is an empty promise. Recent years have seen support for ISIS steadily shrink, as early adherents saw through the lies and drifted away. Dozens of nations joined forces to eliminate the so-called physical caliphate.

But in earlier years, at the height of ISIS’s power, something resonated about ISIS’s message. By 2016, more than 400 Kosovo citizens had traveled to Syria to join ISIS, visiting yet more violence on that long-suffering country. The Kosovars who answered ISIS’s call also left behind a trail of tragedy in Kosovo – ruined lives and grieving families.

There is another path to peace, to justice, to prosperity. If you want to change Kosovo, then be a force for change in Kosovo, here and now. If you are concerned about corruption, work to build a more law-abiding state. If you are worried about the lack of economic opportunity for your children, support efforts to improve schools and unleash the power of the country’s private sector. Build an inclusive Kosovo, one that sees ethnic and religious diversity as a point of pride and a source of strength.

For in the words of the philosopher Baruch Spinoza, “Peace is more than the absence of war. It is a virtue, a state of mind, a disposition for benevolence, confidence, justice.”

Here in Kosovo, Arbër Vokrri and the International Engagement Group are helping to spread this message of peace.

Mr. Vokri’s own life story is an inspiring one. He was exposed to and struggled with the same messages and temptations that led those 400 Kosovo citizens to join ISIS. But Arbër saw through the deception, turned himself around, and is now committed to exposing the fraud of violent extremism. He is helping youth make the positive decision to reject violence and embrace a more positive future at home here in Kosovo.

The United States stands alongside Arbër, the International Engagement Group, and all people of goodwill in Kosovo who are working for a future without violence, without terror, without discrimination. One where the dignity of all Kosovo’s citizens is respected. A future where all leaders respond to the needs of the people honestly and all citizens work for the betterment of their community.

Thank you for your attention, and my thanks and respect to all those working toward a peaceful future of Kosovo and the region.