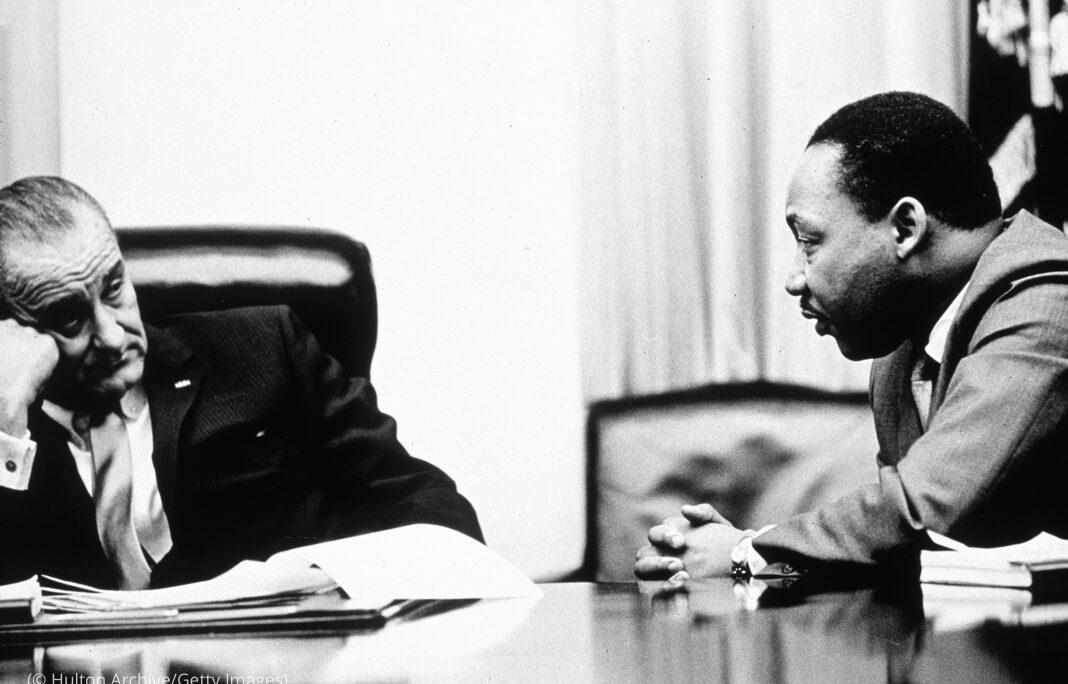 President Lyndon B Johnson (1908 - 1973) discusses the Voting Rights Act with civil rights campaigner Martin Luther King Jr (1929 - 1968). The act, part of President Johnson's 'Great Society' program trebled the number of black voters in the south, who had previously been hindered by racially inspir

When the Voting Rights Act was signed into law by President Lyndon Johnson on August 6, 1965, a new era began in the United States. With a stroke of his pen, Johnson struck down discriminatory voting practices that had been adopted — primarily in Southern states — to disenfranchise African Americans.

Those practices, many dating back to the end of the U.S. Civil War in 1865, included the imposition of literacy tests and poll taxes that often blocked Black citizens from exercising their right to vote, as guaranteed under the 15th Amendment to the U.S. Constitution.

Following on the heels of the Civil Rights Act of 1964, which outlawed discrimination based on race, color, religion, sex or national origin, the Voting Rights Act of 1965 helped to solidify the gains of the U.S. civil rights movement.  [Continue reading at Share America]