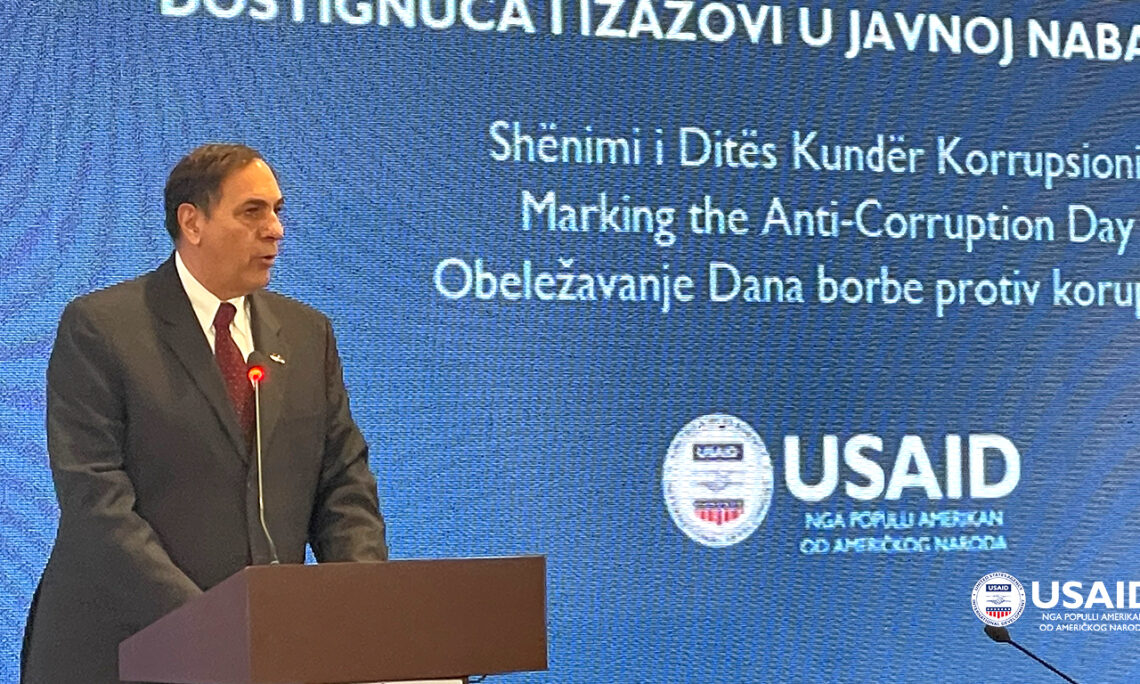 Good morning.  Thank you all for joining us as we mark International Anti-Corruption Day and the closing of USAID’s Transparent, Effective and Accountable Municipalities (TEAM) activity.  Helping Kosovo to fight corruption and strengthen the rule of law in Kosovo are among the highest priorities for the United States government in our strong and deep relationship.

And we are not alone.  Today, Prime Minister Kurti, representatives of the Kosovo government, independent institutions, civil society and the private sector stand united, committed to fighting corruption for a better future in Kosovo.

Today’s event is an opportunity to reflect on how Kosovo is combatting corruption, and to highlight how businesses and civil society can work together to ensure progress.

In his remarks at the United Nations General Assembly on September 21, President Biden said:

“corruption fuels inequality, siphons off a nation’s resources, spreads across borders, and generates human suffering.  It is nothing less than a national security threat in the 21st century.”

Corruption is a global problem that can undermine democracies and the rule of law.  It requires the commitment of all members of society to protect institutions and promote accountability.

Kosovo’s commitment is key, because without efficient and independent courts, investment, trade, and development cannot prosper.  Institutions and courts should never serve individual interests.  Public officials must fulfill their duties transparently and ensure that their own interests do not supersede the interests of the people.

I’m inspired to see so many local activists and partners here today.  While international donors have an important role to play in facilitating solutions and pushing for change, in the end, this fight must be Kosovo-led.  You are the ones who have sacrificed so much to make Kosovo what it is today, and only you can ensure this country’s leaders live up to the standards voters have set.

Today, Kosovo is marking key breakthrough changes in the public procurement system, such as ensuring full transparency of procurement related information, including publicizing all procurement contracts; changes that mark a key step down the road towards increased transparency and openness.

Let’s ensure that the impressive results achieved in increasing transparency and efficiency in public procurement are followed by a notable increase in accountability.

Citizens have powerful tools to fight corruption.  Courageous activists, journalists, and public officials often face opposition, threats, and intimidation in rooting out corruption and holding perpetrators accountable.  We are very fortunate to have such frontline actors on our panel today.

The U.S. government, through USAID and other agencies, will continue to partner with the government and independent agencies on procurement reform, judicial reform, and other efforts geared to fight corruption.  But a broad and strong commitment, from the municipal level to the highest seats of power, is absolutely essential.

Thank you again for joining me here today, and for all you do to fight corruption.  I look forward to hearing your ideas and working together throughout this week to make Kosovo a better place to work, to invest, and to live, now and in the future.