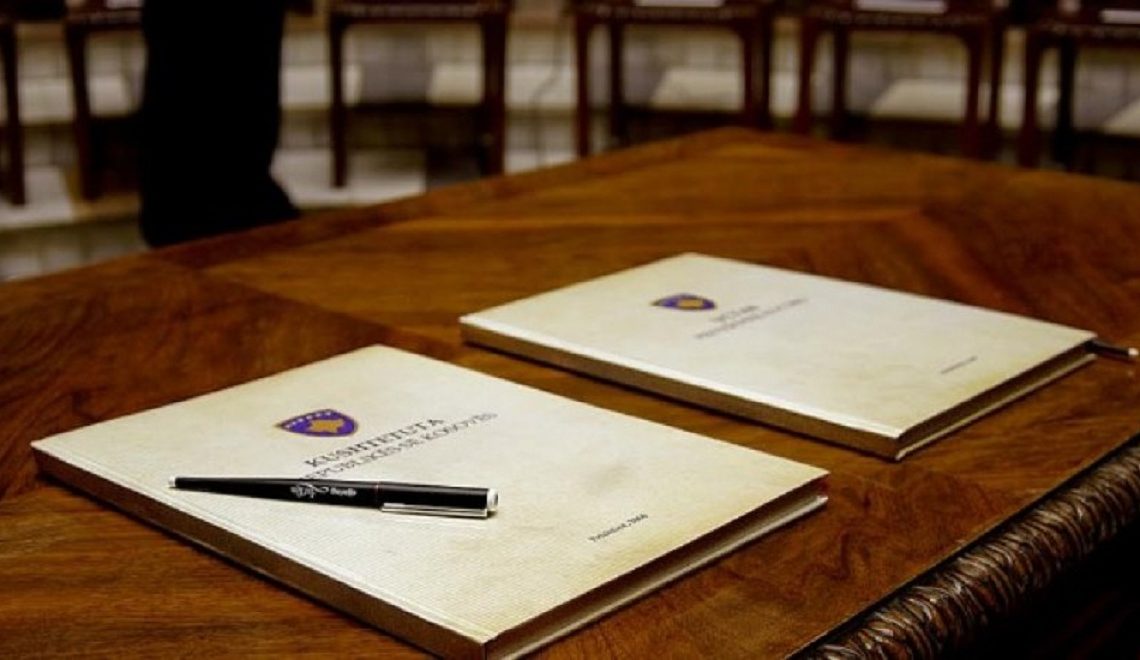 I am really thrilled to be a part of celebrations of the Kosovo Constitution and its tenth anniversary. Many of you know my colleagues in the Embassy, from the Department of State, U.S. government and the legal institutions of the United States helped during the preparation of Kosovo’s Constitution.  Of course, it’s yours, but we feel a small amount of ownership and pride in this law.

Your constitution is Europe’s newest, and one of most progressive and modern foundational documents in the world.  It was drafted through the dedication of some people in this room.  The document itself is a living institution that defines your state and enshrines protections for your people.  Its promises are lofty, that Kosovo will be a “dignified member of the family of peace-loving states in the world.”  So ten years into Kosovo’s statehood, and looking in a room full of Kosovo’s future legal minds, I commend you to treasure and guard your constitution.

Kosovo’s constitution shares core principles with the United States’ Constitution that the ultimate authority of the government flows from the governed, and the concept that governance stems from a system of laws, not individuals.

This is what makes the rule of law so critically important, and why you consistently hear me say that it must remain Kosovo’s top priority.  Rule of law starts with the constitution, and it flows from it.  So you have an enormous opportunity before you as you stand at the start of independent Kosovo’s second decade.

Principles alone, however, are not sufficient to create rule of law or to ensure access to justice is available to all your country’s citizens, or that justice is really working in their interests.  For that, you must have strong, resilient, and capable justice institutions, free from political influence, and that demonstrate they can deliver for all Kosovo’s people.

How rule of law functions determines how the country develops – affecting citizen confidence, investment climate, economic growth, and even your security.  Rooting your practice in the constitution is critical, and I urge you to keep it in mind every day of your career as you add to Kosovo’s body of law, precedent, and legal practice.

Your constitution was signed soon after the birth of your state, and has been a major factor in Kosovo’s early development.  It has been tested and proven worthy of challenges – chief among them: elections, a key determinant of democratic practice, government formation, essential for the state to function, and how to go about normalizing your relationship with Serbia, the key to unlocking regional stability.

The Constitutional Court, established the year after the constitution’s adoption, has become one of the country’s most capable and apolitical institutions.  This body has deepened its reasoning through considered opinions and a positive trend toward thoughtful dissent.  These are the elements that form the guardrails and guides for practitioners to interpret and apply the law, and over time create the rules-based society that will enable Kosovo’s full integration into the Euro-Atlantic community of nations.  I urge you to assume the serious responsibility of continuing to build and develop this legal culture, striving always as legal professionals to deliver more perfectly the constitution’s promises.

And I cannot, on this day that coincidently is the same day the Constitutional Court loses quorum, omit a call for the urgent selection and appointment of professional, apolitical, experienced justices to fill the remaining vacancies.

Leaving this critical institution non-functional is unacceptable, and packing it politically would be a tragedy for the Court and for Kosovo.  There are good, impartial, and expert candidates out there and I hope you will support them.

As you know from every interaction I have with you, I feel strongly that as you build Kosovo’s legal culture, you must continually recommit yourselves to making the independent judiciary more functional and results-oriented on behalf of Kosovo’s citizens.  This is a daily work in progress, and might seem to you unexciting.  But it is urgent and essential for the development of your country, and the only means for the public to gain greater confidence in you.

The transition this week of EULEX to more focused duties outside the courts is a key moment.  For the first time, Kosovo’s courts will be fully national, and fully accountable.  With the last international judges leaving the Constitutional Court, the world will be watching how you safeguard your constitution from political pressures when it’s fully in your own hands and there is no one else to blame for problems.

Recognize that your constitution is still imperfectly applied.  The sophisticated architecture on paper that enshrines protections for minorities and its clear language on human rights must guarantee in practice the language, cultural heritage, religious, land, and human rights to all of Kosovo’s citizens.

Equal justice before the law still needs work.  Many citizens doubt their justice system is really working for them.  Too often it appears that the politically powerful or well-connected face a different type of justice than the average citizen.

Always, but this year in particular when EU member states will be making a decision on Kosovo’s Visa Liberalization primarily based on Rule of Law, justice system actors need to ensure that the powerful and the weak face the same high standard of justice.  Kosovo’s citizens are not persuaded this is happening today.  Kosovo’s constitution should be honored, absolutely, but it needs to be enforced as well.  And it needs to be seen being enforced by the people to whom it belongs, Kosovo’s own citizens.

So at this anniversary, let me congratulate you again, and charge you with the motivation and energy to be stewards of the constitution of the Republic of Kosovo.  It is your guide, and you must be its guardians.

Thank you very much!