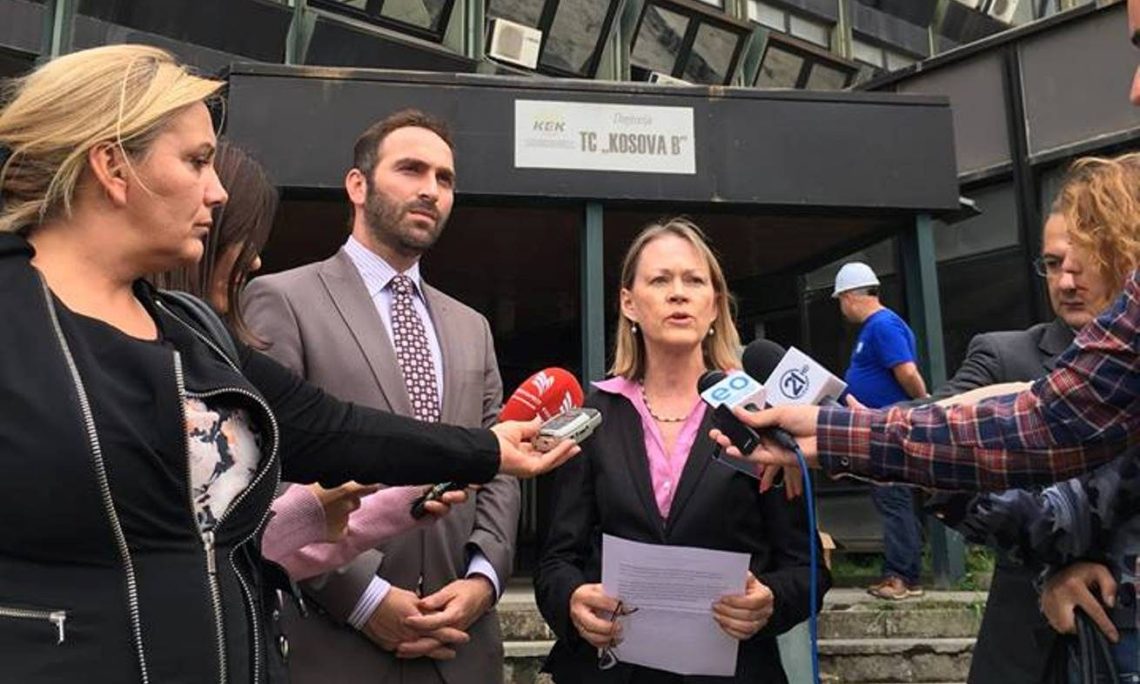 Thank you very much Mr. Minister, I really want to thank you for your hospitality and hosting my visit here today to have an opportunity to visit your facilities here at Kosovo A and B. It really is my great pleasure to be here and to have the opportunity to visit Kosovo’s primary sources of power generation.

The United States believes that energy security is an essential ingredient for future economic growth and the overall stability of Kosovo, and we are encouraged by Kosovo’s efforts to modernize its energy sector. Vice President Biden made this point just last month when he visited Kosovo, saying that strengthened energy security through Kosovo C “will provide Kosovo with reliable power and unlock economic growth.”

This new power plant, designed by U.S. company Contour Global is expected to reduce particulate emissions by at least 95% and reduce sulfur oxide and nitrogen oxide emissions by at least 70% as compared to the current facility at Kosovo A. We expect this new, modern plant to help reduce Kosovo’s air pollution which will in turn result in health benefits for its citizens. And furthermore, the stable base load power provided by the new Kosovo C plant will foster greater economic growth and investment, as the Minister just mentioned, while helping to facilitate the introduction of renewable sources.

Our long term vision for Kosovo’s energy future is one in which Kosovo implements its EU and U.S. Government endorsed energy strategy, which calls for eventually closing the Kosovo A power plant; rehabilitating the Kosovo B power plant to meet EU environmental standards; developing new power generation; privatizing the energy distribution system, which the U.S. Government helped accomplish in May of 2013; and developing renewable energy sources.

We also understand that Kosovo’s integration into the regional electricity market in Southeast Europe is very important, again as the Minister mentioned, to its own energy goals and would vastly improve energy security in Southeastern Europe.

The United States will continue to support these and other efforts to help ensure that energy security and expanded economic opportunities take place for the people of Kosovo. So thank you very much Mr. Minister, I appreciate it. All the best.