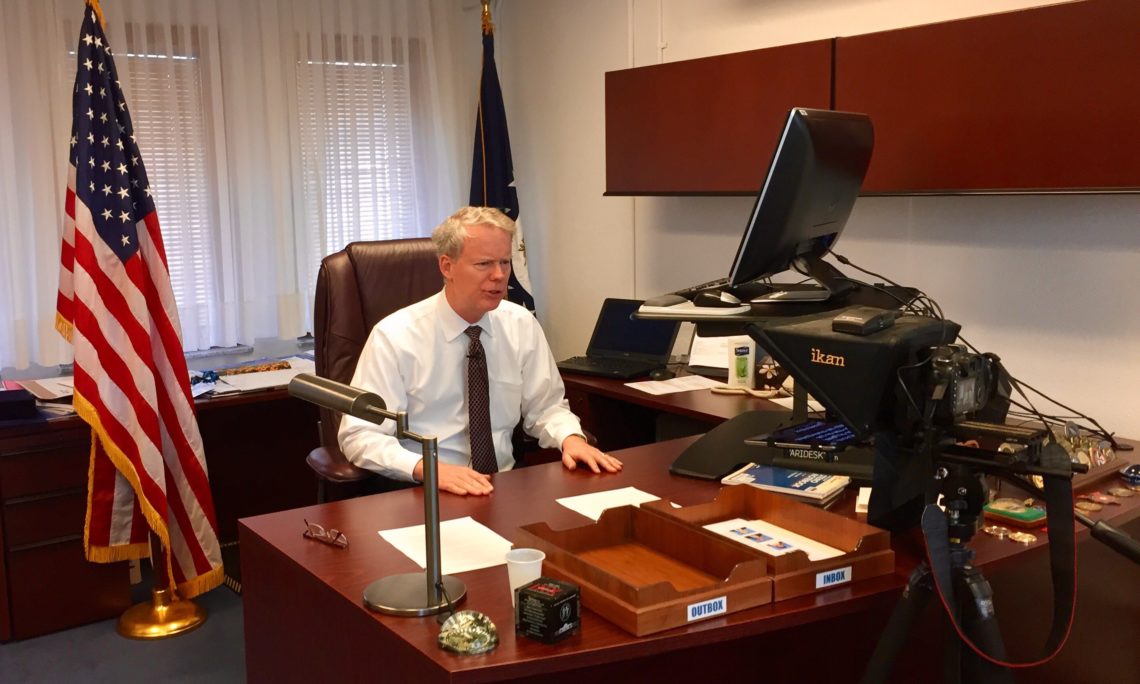 I would like to talk about two things Kosovo can do right now to fight corruption —pass a new Law on the Execution of Penal Sanctions and, when it gets to the Assembly, pass a new Law on Disciplinary Procedures for Judges and Prosecutors.

With the amendment of the Law on the Execution of Penal Sanctions, Kosovo can ensure that all prisoners are treated equally—regardless of their political connections or “celebrity” status.  When I first arrived, I was surprised to learn that some convicted prisoners were allowed essentially to roam free on spurious medical grounds.  These well-connected criminals claimed they were ill, pressured the Justice Ministry to let them out of prison for medical treatment, and then spent months traveling around the region, even giving television interviews.  This is no way to show the people of Kosovo that all are equal under the law.  It made a farce of that fundamental rule of law principle.

So my government and I repeatedly urged the Kosovo government to do something to close these loopholes.  I am pleased that the Justice Minister and her team have drafted amendments to the Law on the Execution of Penal Sanctions that will place the decision of who should be let out for medical treatment in the hands of doctors and judges, not of politicians.  This would show Kosovo and the world that Kosovo’s leaders are committed to justice.

Unfortunately, the Kosovo Assembly has not yet passed the law, despite having had several opportunities to do so.  Worse, some members of parliament presented an amendment that would automatically reduce all convicts’ sentences by one-third–an action that would make a mockery of judicial authority.  There are convicted terrorists in Kosovo’s prisons today who would be released immediately if that unconscionable amendment became law. I urge the Assembly to pass the new penal sanctions law without any amendments.  That is one way to show Europe and the world you are committed to fighting crime and corruption.  It will also show that Kosovo deserves its good reputation in the international fight against ISIS.

Kosovo’s leaders can also show their commitment to the fight against corruption by passing a new Law on Disciplinary Procedures for Judges and Prosecutors.  Most judges and prosecutors work hard and do a fine job serving their fellow citizens.  But there are a handful of others whose actions undermine justice and cause citizens to doubt the honesty of the whole system. We have been working closely with the Justice Ministry to draft legislation that will reform the system that holds judges and prosecutors accountable for their performance.  This law is probably the most fundamental step Kosovo can take to improve the justice system, making it something the people of the country can truly count on.  I look forward to the passage of this draft law when the government submits it, hopefully later this month.

Kosovo is decisively on its European path.  You have a constitution, a government, and a people who embrace Euro-Atlantic values.  I am confident you can pass the laws on the execution of penal sanctions and on disciplinary procedures for prosecutors and judges, and defeat corruption.  All it takes is political will and a commitment to put the people of Kosovo and their future first.  My Embassy and I remain committed to supporting Kosovo’s people and their path to the heart of Europe.