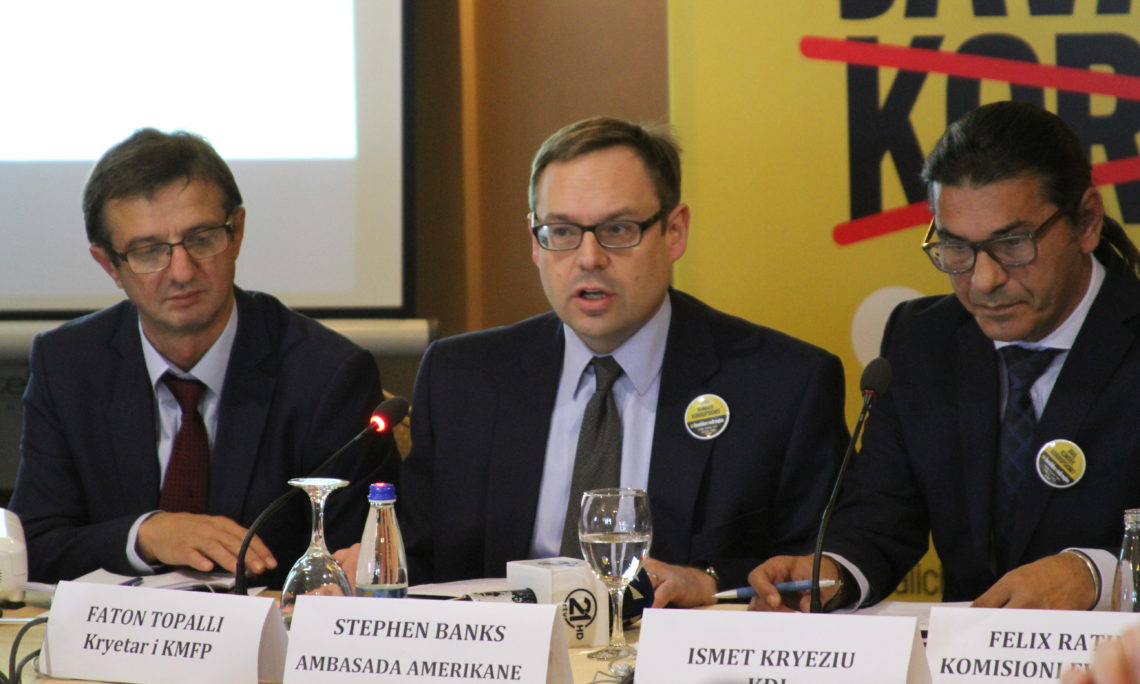 Thank you for the opportunity to provide some opening remarks in support of this important discussion during Anti-Corruption Week.

We believe that corruption is one of the most important problems that Kosovo faces as it looks to build a future integrated into the Euro-Atlantic and international community.  It is a central issue in the public’s mind and also a key theme from Brussels.

It was also a key theme in Vice President Biden’s visit to Kosovo this year.  In many ways, it was a very personal issue for him, as he spoke about the legacy of his son, Beau, and his support of the rule of law in Kosovo.

As Vice President Biden said during his visit to Kosovo in August, “Corruption drains the economic resources away from the people and drives away business and investment.  It weakens a nation’s ability to defend itself.  It leaves it vulnerable to manipulation from outside.  In short, it jeopardizes everything Kosovo hopes to achieve, hopes to become, hopes for its future.”

All this week, organizations like KDI, D+, Çohu and GLPS have organized activities to discuss this important problem and to encourage action in the fight against corruption.

Our Embassy is proud to support these activities because we believe that corruption is a problem to be solved—not just discussed.

This is why we have actively supported efforts to improve the professionalism and efficiency of the justice sector in Kosovo.  We have supported the Government’s transition to e-Procurement, helping create a public record of government spending.  We have also supported civil society and the media’s efforts to analyze, report and provide independent feedback on the anti-corruption efforts made by the Government.

But one of the most important elements of our government is that we have a system of checks and balances to ensure that no one branch of the government can hold too much power.

We also have political institutions that recognize the dangers of corruption and put rules and systems in place to protect against it—not always perfectly.

We saw this in action in 2002 when our Congress passed the “Bipartisan Campaign Reform Act” to place clear restrictions on campaign financing that ensure each candidate can be held accountable for their own political spending.

Democrats and Republicans overwhelming voted together in the best interest of the country, even when it might not have benefited them personally or professionally.

I urge your leadership to do the same thing.  You have a law on the financing of political entities, which is supposed to entail an audit of the political party support fund.  Unfortunately, I understand that has not yet taken place.  Conducting that audit, and shining a light on political party funding, would be an important step in providing the transparency the people of this country want and deserve.

I look forward to a robust discussion here today- and again, I want to thank the organizers as well as the participants for raising this very important issue.