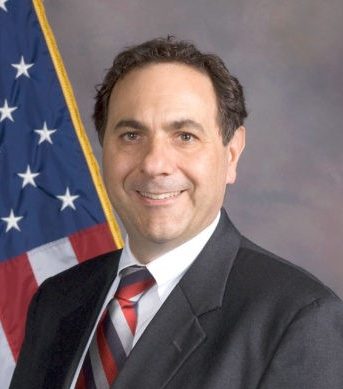 Nicholas J. Giacobbe arrived in Pristina as the Deputy Chief of Mission on September 19, 2019.  Before his assignment to Kosovo, he served as Deputy Chief of Mission in Montevideo, Uruguay, for three years. Prior to Uruguay, he served as the Counselor for Public Affairs at the U.S. Embassy in Baghdad, Iraq and Counselor for Cultural Affairs in Rome, Italy. He is a career member of the Senior Foreign Service with the rank of Minister Counselor.

Earlier assignments include Chief of Staff for the Under Secretary for Public Diplomacy and Public Affairs, Executive Assistant to the Director of the Bureau of Overseas Buildings Operations, and in the State Department’s Executive Secretariat supporting Secretaries Madeleine Albright and Colin Powell. Overseas experience includes Foreign Service assignments in Toronto, Havana, Quito, Tegucigalpa, Bucharest, and Sarajevo, as well as service as an agricultural extensionist with the Peace Corps in rural Ecuador. He also has extensive civil service experience with the U.S. Department of Agriculture’s Office of Finance and Management (beginning as a Presidential Management Intern/Fellow) and at the Federal Retirement Thrift Investment Board.

A native of Revere, Massachusetts, Nick has a bachelor’s degree in government from Suffolk University in Boston and Master’s degrees from the National War College (National Security Strategy) and the Monterey Institute of International Studies (International Public Administration). He and his wife Cory Jacobson Giacobbe have one daughter, Maya, who is a glass artist.