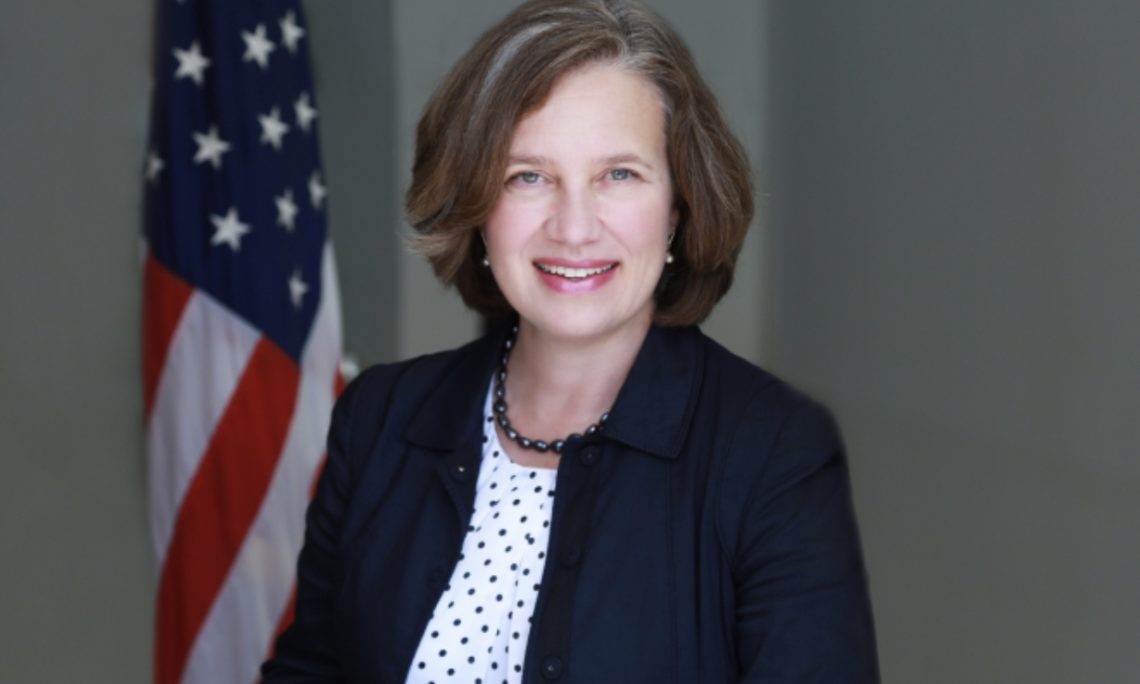 This has been a landmark year for women in Kosovo.  In February, the U.S. government recognized Dr. Feride Rushiti with the Secretary of State’s International Women of Courage Award – Kosovo’s third since independence.  In May, Kosovo granted compensation to a verified victim of wartime sexual violence for the first time.  Then in August, Colonel Taibe Canolli became the first Kosovo citizen to receive a leadership award from the International Association of Women Police.  Kosovo should be proud of these achievements.  They show what kind of a society this can be when women lead.

But it’s not only women in leadership roles who had great impact this year.  Kosovo women from every walk of life raised their voices as one to protest gender-based violence following a shocking incident in August, and achieved what no government official or member of the international community could:  They exposed the violence against women taking place every day in homes and at the workplace.  We always knew that most cases of gender-based violence – 90 percent by some estimates – go unreported in Kosovo.  The protestors showed us these incidents affect women of every age and ethnicity, in big cities, small towns, and everywhere in between.  They refused to be bystanders.  They changed the conversation.  And they had an impact:  Arrests for domestic violence increased significantly following the protests.

The task now is to ensure the outrage we saw in August results in lasting, positive change for victims and potential victims.  This starts in your communities.  We need to build awareness among women and men alike that domestic abuse and other forms of gender-based violence are crimes.  Kosovo citizens must reject the idea that violence is an acceptable or inevitable part of marriage or family life.  Victims who come forward must feel the support of the public and their communities; all citizens have a responsibility to ensure that reporting crimes does not result in recrimination or stigmatization.  Most domestic violence is not completely hidden.  All members of society must watch for signs of abuse, and report incidents when a victim or potential victim is unable to do so herself.

There are already groups active in this kind of personal and public advocacy for victims.  The Network of Roma, Ashkali and Egyptian Women of Kosova, a U.S. government grant recipient, is holding workshops in the Peja region on human rights and domestic violence to spark honest discussions within communities and explore strategies for working with law enforcement.  The results are promising:  Police in Peja have noted a 30 percent increase in the number of reported cases of domestic violence since these interventions began.

Key players in the community need to have the knowledge and resources to identify potential victims and prevent abuse before it happens.  We need to raise awareness about gender-based violence among health care professionals, school officials, and employers, connecting them with local authorities and enabling them to spot and report early signs of trouble.  Community policing is equally important for identifying victims and potential victims, and for putting potential perpetrators on notice that authorities are on the lookout for abuse.  The U.S. government is working in municipalities with the Kosovo Police and Community Safety Action Teams to ensure authorities understand the criminal nature of gender-based violence, know how to recognize it, and are empowered to protect victims and get perpetrators off the streets.

When gender-based violence does occur, Kosovo’s judiciary needs to treat these crimes with the seriousness they deserve.  In the past, judicial authorities often dismissed gender-based violence as a “family issue,” relying on unenforceable “protection orders” that do little to protect victims or deter perpetrators.  Slowly, this is changing.  Earlier this year, Kosovo’s Supreme Court adopted new sentencing guidelines that allow judges to apply harsher penalties for perpetrators of domestic violence.  Now, courts can treat victims with more sensitivity and recognition of the trauma that accompanies these crimes.  The U.S. government is partnering with Kosovo’s judiciary to train specialized prosecutors and judges, helping to ensure that perpetrators are held fully accountable and that judicial proceedings do not expose victims to further trauma.

As they often do, the judiciary’s women have stepped up to the plate.  Female judges in Pristina and Prizren are ensuring perpetrators are sentenced to the fullest extent of the law.  Female prosecutors in several municipalities are writing strong indictments, working to bring stakeholders together across the government, and gaining the trust of victims.

There are signs of progress elsewhere as well.  We were proud to help Kosovo become the first country in the region with a functioning compensation program for victims of violent crime.  Most of the awards issued since the program’s inception in 2017 have gone to victims of gender-based violence – including representatives of Kosovo’s minority communities.  Political will is also starting to build around the need for better treatment of victims.  With U.S. government support, members of the Assembly Women’s Caucus held a roundtable in July to discuss the need for rehabilitation programs for victims.

The victim compensation program’s success, and the achievements of Kosovo’s extraordinary female judges and prosecutors, make me optimistic that Kosovo can overcome the challenge of gender-based violence.  As Kosovo continues to work toward this goal, it is essential to make sure it is not marginalized as a “women’s issue,” ensuring men understand the criminal nature of violence toward women and engaging them in the conversation at every level.  Only a joint effort from every level of government and society can overcome this challenge.  As Kosovo’s women demonstrated by demanding action in August on gender-based violence, the time to deliver is now.