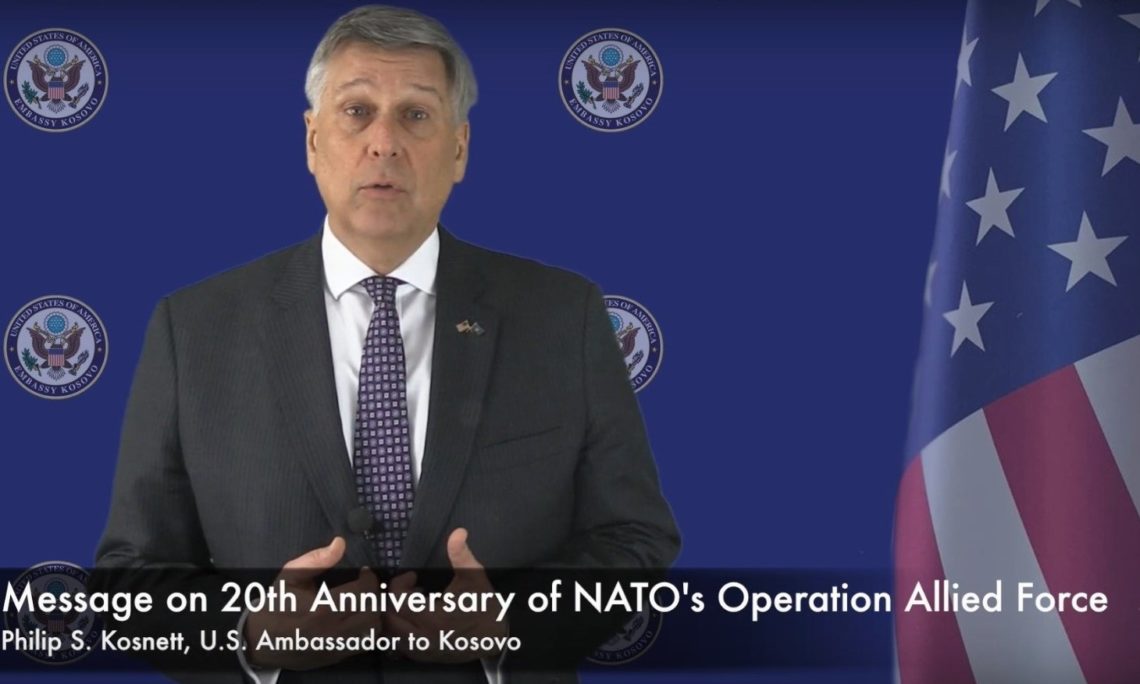 Twenty years ago, the United States and other NATO allies intervened to stop a humanitarian catastrophe unfolding in Kosovo.  This anniversary prompts us to reflect on the human cost of the conflict then, and the pain that so many carry even today.

The United States supported NATO’s necessary and legitimate use of force as a last resort to end the Milosevic regime’s campaign of ethnic cleansing, after the failure of sustained diplomatic efforts to achieve a peaceful solution.

The United States acted in support of defenseless civilians.  We acted to preserve peace, freedom, and stability in the region.  These goals reflect deeply held American values.  We believe that all people, regardless of ethnicity or religion, deserve the dignity of living in freedom and security.

On this anniversary, we recall the hundreds of thousands of innocent people driven from their homes, and the thousands who suffered harm or went missing.  We remember, and we mourn, the tragedy of every life lost.

And we must not shy away from recognizing that physical and psychological trauma continues to burden thousands of victims and family members.

So today, in addition to reflection– I ask for action.  I encourage the governments of Kosovo and Serbia to ensure that victims and their families – of all nationalities and communities – have full access to information about the fate of those who remain missing.  And I call on both governments to renew efforts to pursue justice for victims of wartime crimes.

For only by forthrightly confronting their past can the people of Kosovo and Serbia hope to build societies where all communities live together with peace and dignity.