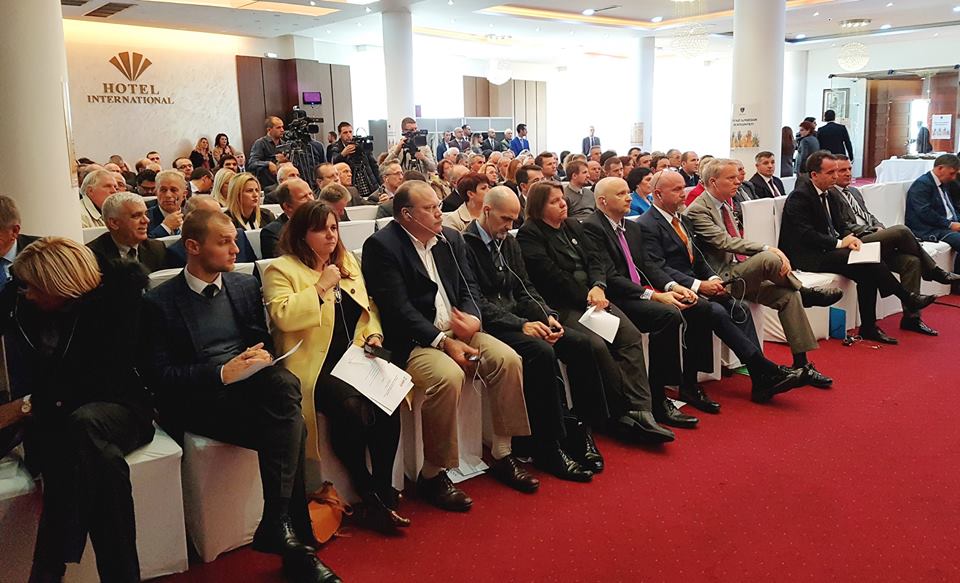 Chairman Idrizi, Judge Hasani, thank you for joining me today for such an important event.  And welcome to all of our guests from the courts, civil society organizations, and the media.

I have been talking about the Justice Sector Strengthening Project for months, so I am extremely happy to be here today to kick off this important part of the whole initiative.

Together, we all have a stake in the success of this new Public Integrity Initiative, and in ensuring that judicial transparency, ethics, and independence can become a matter of fact in Kosovo’s public life.

The truth is that everything that we want to achieve in Kosovo including Euro-Atlantic Integration, economic growth, and energy reform depends on Kosovo’s ability to develop and sustain the rule-of-law and to fight corruption.

And that effort simply cannot exist without the full integrity of the judicial system and without the citizens of Kosovo’s full faith in that system.

That faith can be a fragile thing.  It takes so many positive examples of transparency, fairness, and accountability to change public perceptions, and yet so little to see that faith begin to fray.

Kosovo’s citizens are counting on all of you because Kosovo’s courts, as guardians of the rule of law, are critical to this fight.

It is essential that persons who engage in corrupt acts or other crimes understand that they will be brought to justice and held accountable.

Equally important, they must understand that they will receive a fair trial by an impartial judge.

I know that Kosovo has made a lot of progress in this regard.

The adoption of the new code of judicial ethics and the work on the regulations defining judicial misconduct are important steps in fostering a commitment to integrity.

And the upcoming participation of judges and court staff in USAID’s regional training course will really demonstrate to the public that the judiciary is serious about raising the bar on integrity.

And so I’m encouraged. But we must also acknowledge the need to do better, because Kosovo’s citizens deserve better.  They deserve a society in which not only their judiciary but all of their elected officials govern with integrity.

This is a very high bar, high for any country, including my own, to reach and sustain.  But it’s what we must aim to achieve.

And so I encourage judicial leaders to support this new Public Integrity Initiative and to redouble your own commitment to integrity.  Not just in words – but in actions and leadership-by-example.

Changing public perception about the rule-of-law in Kosovo is not easy, it’s a long-term effort.

I appreciate the tireless efforts of so many in the justice sector to stay focused on this work.  The U.S. is proud to be your partner.

Thank you again for being here today and for all that you do to serve your country’s best interests.