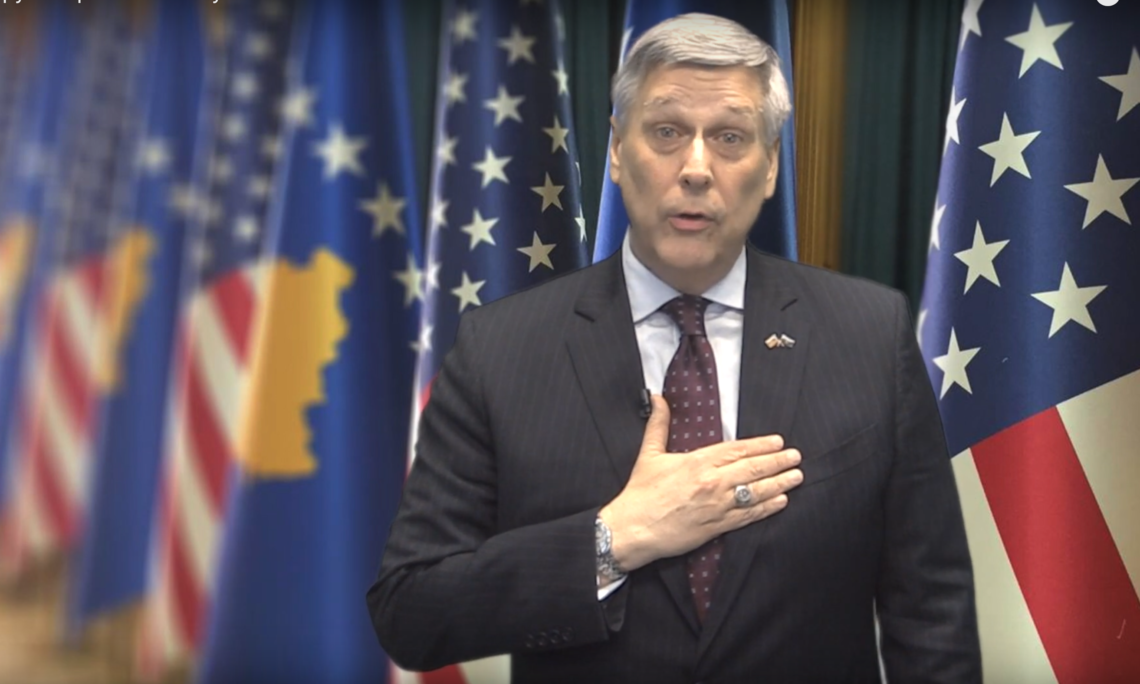 Hello.  It is an honor and a privilege to serve as U.S. Ambassador at this exciting time.  Returning to Kosovo after 15 years, I see how Kosovo’s people have made tremendous progress in re-building the country and preparing itself for success on the world stage.  I’m always impressed by Kosovo’s youth – smart, energetic, creative men and women who seek the opportunity to build their futures here in Kosovo.

The close partnership between the United States and Kosovo has benefitted both countries, and I have no doubt that our partnership will continue far into the future.  But make no mistake.  Kosovo is now in its second decade of independence and democracy.  It is up to the people of Kosovo to take responsibility, and to hold your leaders accountable, for taking the steps needed for progress.

Again and again as I travel, I hear that Kosovo’s citizens want three things for their families and their country: peace, justice, prosperity.  I believe that a nation cannot expect success in one of these areas without progress in the others.

Achieving peace will require a comprehensive agreement with Serbia, with mutual recognition at its core.

Attaining justice means taking concrete actions to build the rule of law and fight corruption at all levels.

Securing this future will require mature political leadership, an engaged citizenry, and a commitment to providing equal opportunity to all citizens, regardless of gender, religion, or ethnicity.   I am confident that the people of Kosovo are up to the challenges ahead.   The United States will be by your side.