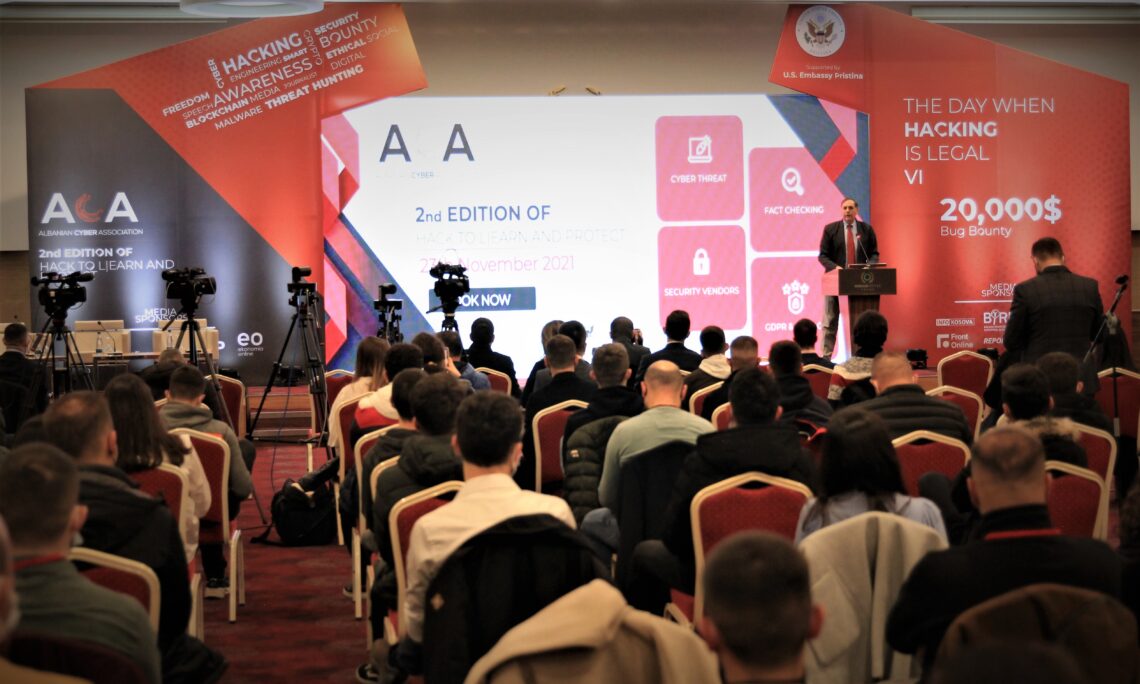 Thank you for the introduction. I’m honored to help kick off this innovative event sponsored by our Embassy’s Public Diplomacy Section.

Working with the Kosovo NGO Albanian Cyber Association, the Embassy is proud of the role we’re playing in connecting two inspiring and essential communities — the two communities that make up today’s audience: young, innovative Kosovan IT professionals; and Kosovo’s dynamic and independent journalists.

Both groups are critical for Kosovo’s success in advancing democracy, the rule of law, and economic prosperity. And both can benefit immensely from networking and learning from each other.

Earlier this month, we marked the International Day to End Impunity Against Journalists. While it’s widely known — and reprehensible — that journalists in Kosovo and around the world are verbally threatened and physically assaulted, what is rarely talked about is what happens to them in cyberspace. Increasingly, journalists and news organizations are targeted by malicious actors for the work they do and for the information they hold. It is far too easy for bad actors to infiltrate computers and phones, corrupting valuable research and evidence, leaking privileged information, burning sources, and ultimately discrediting reporters’ credibility. We must denounce that impunity as well.

Here are but a few recent examples and impacts.

In 2013, a group of Syrian cyber criminals hacked the New York Times, BBC, NPR, Washington Post, and others. They even managed to successfully hack the Associated Press’s Twitter feed, using it to release disinformation about then-President Obama being injured, causing the stock market to drop.

In December of 2020, it was reported that the phones of prominent Al Jazeera journalists were hacked seeking to silence their criticism of local governments. The same spyware used on these reporters was later deployed to silence over 200 others in countries spanning the globe.

These online threats aren’t exclusive to large international outlets either. Just this past June, 3 local TV stations in the U.S. — in Florida, North Carolina, and Pennsylvania — were attacked by cyber criminals demanding ransom.

Here in Kosovo, just this past December and then again in February, two large news portals, Insajderi (IN-SIGH-DEER-EY) and Reporteri (REPORT-EAR-EY), were attacked by unknown cyber criminals – effectively shutting down their operations for days.

That’s why the collaboration today – between you, the Kosovan ethical hacker community and you, Kosovan journalists and media organizations – is not only innovative, but necessary.

Kosovo’s greatest asset is its youth. Your tech-savvy ingenuity and your willingness to work together across sectors and communities – harnessing your drive, spirit, and talent – leads to lasting benefits. Your collaboration and cross training is vital to Kosovo’s safety and security, as well as its economic success.

Ethical hackers: by using your skills to help others you make us all safer. By testing systems, you enable organizations to bolster their defenses so when bad actors do attack, public and private sector systems are ready.

Journalists too, play a key role in Kosovo society and the world. But they need the freedom, privacy, and space to report the truth and hold officials accountable. They can’t do this if malicious actors – whether seeking to disrupt media’s editorial independence or to profit financially – are able to access privileged information, identify sources, and, in so doing, discredit reporters’ credibility.

Working together you will help make all Kosovans less vulnerable to manipulation and coercion. Media organizations including Telegrafi, KLAN Kosova, Kallxo (KAL-ZOE) and others, are already benefitting from this collaboration — bolstering their defenses to protect journalists from cyber-attacks.

On behalf of the U.S. Embassy, it is our sincere hope that today’s conference will lead to even more media organizations benefitting from this mutually beneficial collaboration – learning to identify and mitigate risks and normalize testing by partnering with Kosovan ethical hackers. This will serve as an exemplar of Kosovan ingenuity, work ethic, and innovation for the region.

Thank you once again for the invitation to speak and be with you today. I look forward to hearing your success stories as you hack to learn and protect Kosovo’s independent journalists and build shared knowledge in this critical sphere of society.