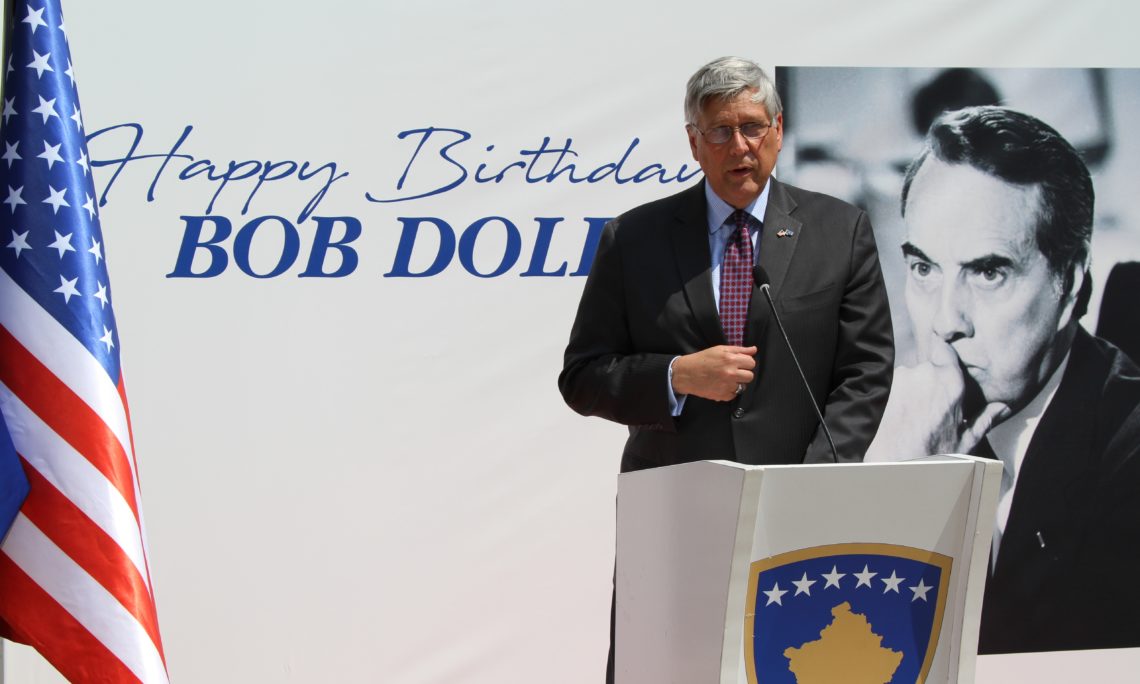 Thank you very much for that introduction.  Acting Prime Minister, ladies and gentlemen, it’s my great pleasure to be here and to thank the Government of Kosovo, the Municipality, and the American Chamber of Commerce for making this inspiring moment possible. Alison and I are honored to be here to witness today’s groundbreaking, and I know that Senator Bob Dole is deeply touched by this honor.

Throughout his lifetime of service – as a hero of the American Army in the Second World War, in the U.S. Congress, as a candidate for President of the United States, and today as one of our most respected senior statesmen – Bob Dole has been a leader in promoting the cause of freedom throughout the world. Thus, it was no surprise that he became an indispensable supporter of Kosovo – standing alongside the people of this country in your own quest to build a country strong and free.

Our governments will not always agree on policy, and it will take hard work to keep our positions aligned as Kosovo’s partnership with the United States matures.  But we have seen that the enduring friendship between the people of America and Kosovo does not depend on any particular political party or individual leader.

Thus, it is appropriate that we are standing here on the corner of Dole Street and Clinton Boulevard, streets named for two men who were longtime political rivals, from different parties.  Despite their differing politics, they grew to be close friends who shared a love of country and a dedication to service, and who made the effort to cooperate whenever they could. We would all do well to embrace Senator Bob Dole’s philosophy that in politics “We have opponents but not enemies.”

So today, let’s focus on the shared history and the shared values that have brought the people of the United States and the people of Kosovo together. And let this monument to Bob Dole inspire renewed efforts to build for the children of Kosovo the sort of homeland that they deserve – a Kosovo at peace with its neighbors, with equal justice and with equal opportunity for all.  Once again thank you very much, faleminderit shumë, hvala.