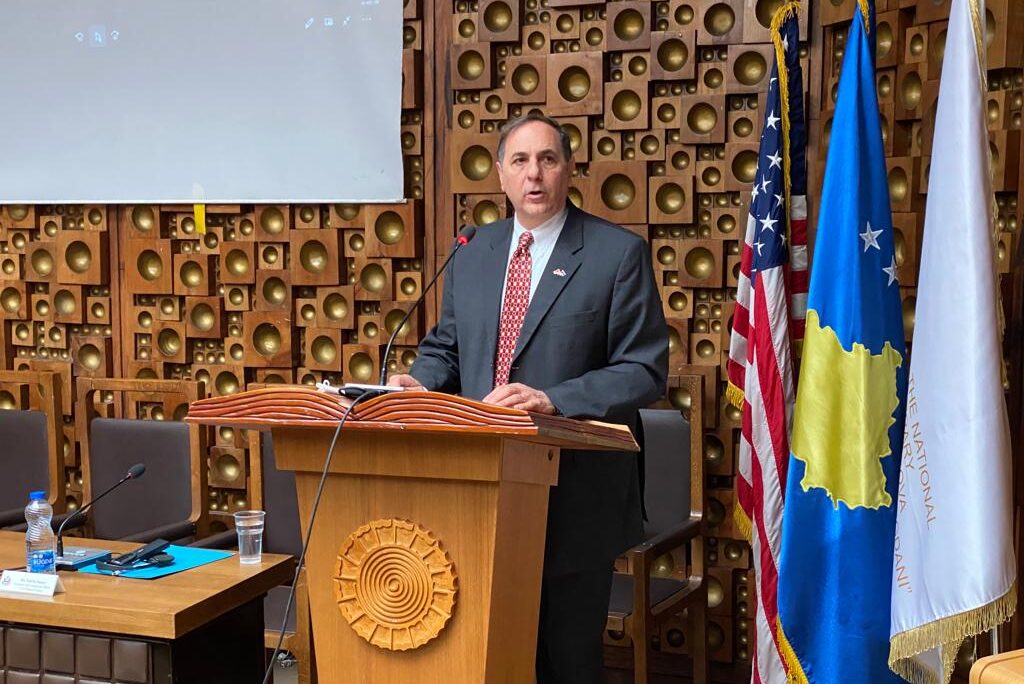 No matter what we call it, water is the foundation of life. It is fast becoming earth’s most precious resource, but one that is too often taken for granted. Our health depends on clean water, as do our economies. Without clean water, communities struggle.

Last month, world leaders gathered for COP 26 in Scotland, where the United States rejoined the Paris Agreement and recommitted to tackle the climate crisis at home and abroad.

Protecting water is an important part of this pledge. This is why earlier this year President Biden issued a call to action to conserve, connect, and restore 30 percent of our lands and waters by 2030.

President Biden’s America the Beautiful initiative, as it is called, is a decade-long commitment to support locally led and voluntary conservation efforts of all kinds across the United States. It outlines a core set of principles for land, water, and wildlife stewardship efforts, including collaborative and inclusive conservation efforts for the benefit of all people, respecting private property rights, pursuing

conservation and restoration activities that create jobs and support healthy communities and, above all, use science as a guide. Conservation works best when it occurs in partnership.

Most countries, even the United States, have historically done a poor job in protecting shared water resources. For years, we allowed untreated sewage and industrial waste to be dumped straight into our waterways and oceans.

We harnessed our rivers to power our factories.

We failed to recognize the “swamps” we drained were vital wetlands that not only supported biodiversity, but helped control flooding, protecting our communities and farmlands.

In fact, our national capital — Washington, DC — is built on top of a drained wetland.

This was even true in my own home state of Massachusetts, now considered an environmental leader. The textile and manufacturing industries in Massachusetts were key to the early development of the United States; but that came at a cost. Sometimes through ignorance, often for economic convenience, sometimes through neglect, we abused our waterways. Some waterways, including the Nashua River, were considered near dead and beyond reviving. We watched the Cuyahoga River in Ohio catch fire because it was so polluted with petrochemicals. During my childhood, we joked that if you accidentally fell overboard in the Charles River, the main waterway that runs through Boston, you’d likely come out with either cancer or the ability to glow in the dark – maybe both.

Beginning in the 1960s, though, things began to change. Citizens had had enough. They started to demand change. It was not all at once. It started with individuals, who found each other, and began to support one other. Through sustained, determined engagement with their government leaders — both at a local and national level — they made their voices heard. They didn’t just complain — they put forward reasonable plans to improve the situation. Bit by bit, they made progress. Finally, in 1972, the United States adopted the Clean Water Act, one of our first and most influential modern environmental laws. It was truly a landmark piece of legislation.

The struggle to protect our waters certainly didn’t end then and is not over now, but things are better thanks to the effective collaboration between citizen activists and government representatives. I’ve even seen a few people swim in the Charles River and live to tell the tale!

We invited you here today to share the story of one of these activists who comes from my part of the country. Marion Stoddart, as you will soon see, was an ordinary citizen with extraordinary determination. Just like each of us in this room. We hope that her story can help start a conversation here in Kosovo about how best to protect Kosovo’s abundant natural beauty and scarce resources – especially its water.

Marion isn’t the only inspiring participant today. I know many of you are leaders in promoting protection for the natural environment in Kosovo and the Western Balkans. We are inspired by your efforts and your ambitions. Our objective today is to begin a conversation with you about how we can support those efforts, so I want to thank our panelists who will help us with that following the film.

And a special thank you to Deputy Minister Linda Çavdarbasha (CHAV-DAR-BASHA) for your participation. The Deputy Minister, with her deep academic background in ecology and biology, understands the inextricable link between the natural and human ecosystems, and is a real asset to the Government for its leadership in this field. The Ministry of Environment, Spatial Planning, and Infrastructure and its various agencies have a key role to play in drafting and implementing legislation to protect Kosovo’s waterways, as well as monitoring the wellbeing of the broader environment. I look forward to your remarks to learn more about Kosovo’s priorities and how it plans to integrate private citizens and private sector companies in fulfilling its mandate.

I will warn all of you, however, that we — the United States Embassy — do not pretend to have all the answers. The condition of waterways and wetlands in Kosovo must be a Kosovo-led priority. We all know that it is an acute one – I don’t need to explain that to you. Whether we are talking about preserving natural wonders like Mirusha and important habitats like Henci, or about the issue of hydropower, it is difficult, with many competing interests. These are issues that Kosovo must decide how to prioritize and deal with.

What we can offer is our support for Kosovans who are seeking to protect your vital resources. We can amplify the voices of activists and help to advance your calls to action. I’m excited to see what we can accomplish together.

Thank you again for joining us today.