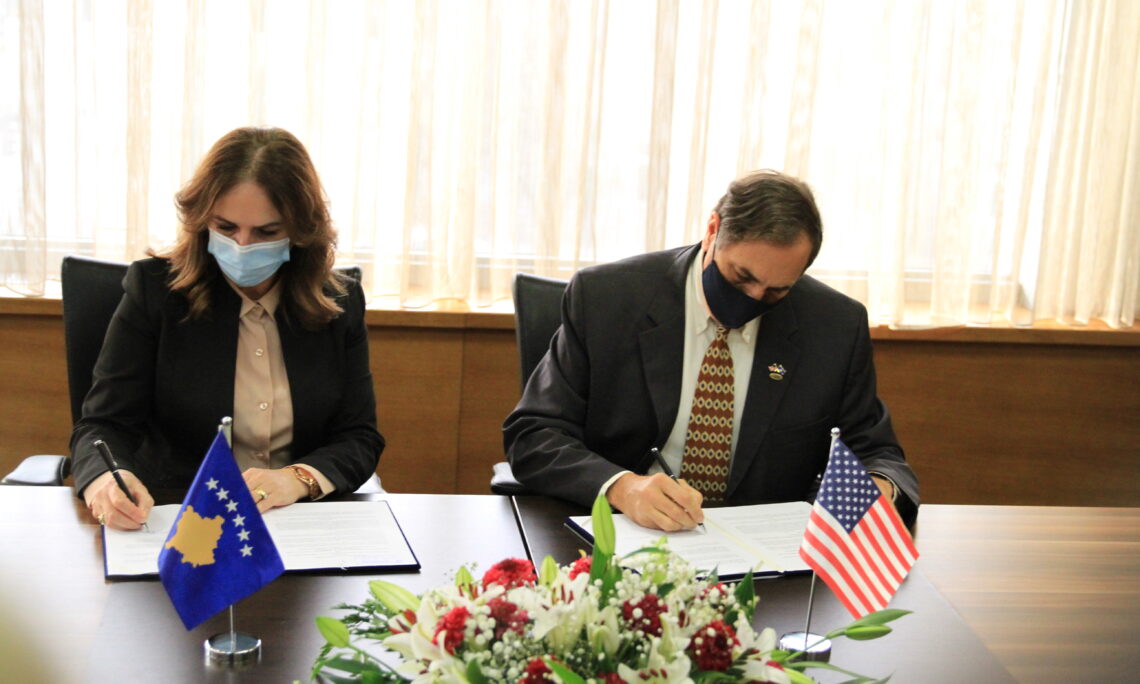 This year, we celebrate the 75th anniversary of the Fulbright program-proposed by U.S. Senator J. William Fulbright in 1945 and enacted by President Harry Truman the following year. Since then, Fulbright has become the most renowned exchange program in the world. Over 400,000 Fulbright grantees from the United States and from over 160 countries across the world have participated in this flagship program.

We are extremely proud of the 216 Kosovan students, scholars, researchers, and specialists who, since the program’s inception in Kosovo in 2009, have participated in the program. They have returned to create positive change at home in the government, civil society, and in academia. Likewise, American Fulbrighters who have worked and studied in Kosovo have maintained strong connections to this country, often returning to Kosovo to lend their expertise to new partners and strengthening their collaboration with old ones.

The best Fulbright programs around the world are truly collaborative, with involvement and investment coming from both the United States and the host government. Since the beginning of the Fulbright program in Kosovo, we have been honored to have the strong support and commitment of the Government of Kosovo and host institutions across the country.

This year, that commitment was further strengthened by the foundation of the Kosovo United States Educational Exchange Board, which strengthens Fulbright’s strategic vision by making sure the voices of civil society, academia, and Fulbright alumni are included in the Fulbright decision-making process. This board, the first of its kind in the world, has already improved the advertisement and selections processes, resulting in a broader pool of candidates and increased standards. Thank you to American Councils and the Kosovo United States Alumni Association for their work in the board’s establishment, and to founding board members Dajana Berisha, Kreshnik Hoti, and Nora Latifi-Jashari for setting a strong example as to how such an advisory board should operate.

I especially want to thank Minister Nagavci and her team for their strong leadership and continuous collaboration. However, this level of collaboration demands a “whole of government” approach. The entire Government of Kosovo has been involved in making possible this important investment in the institutions and people who will build a brighter future for your country. So, I also want to thank the President, Prime Minister, and Parliament.

While today’s ceremony marks the beginning of the next five years of the Fulbright program, I know our joint investment and collaboration will continue to make a difference for years to come.

Thank you all for joining us. It is an honor for all of us at the U.S. Embassy to help write the next chapter in this vital exchange program between our two countries.