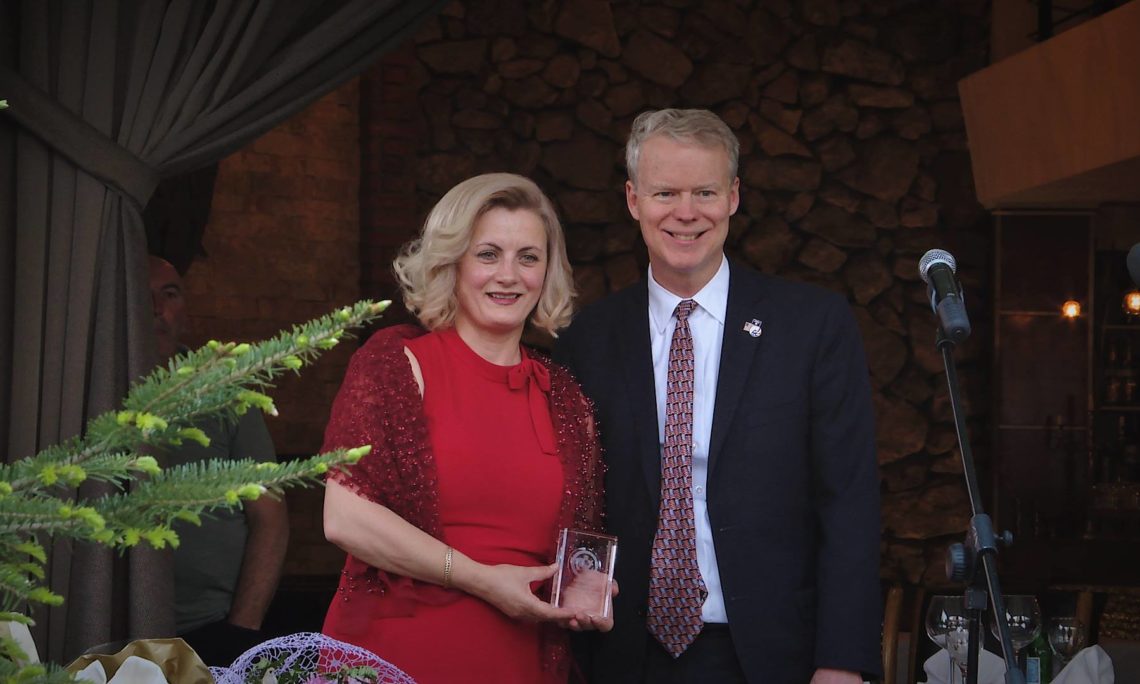 This is the first time in my career that I have seen one of these awards.  But it turns out there are three of them in Kosovo.  Ten years of independence.  Three international women of courage.  Not a bad record, don’t you think?

I am inspired every day by Kosovo’s women.  From President Jahjaga to Dr. Rushiti to the countless activists who fight for rule of law, security, and human rights: women are the ones pushing Kosovo toward a democratic, European future.  I am very happy to see here every woman from the cabinet of the government – I just wish that was more than two.

In honoring Dr. Rushiti, we are honoring not just an individual, but Kosovo’s rich tradition of female leaders who have worked and sacrificed to make this country a better place.

The Secretary of State’s International Women of Courage Award recognizes women around the globe who have demonstrated exceptional courage and leadership.  Recipients advocate for peace, justice, human rights, gender equality, and women’s empowerment, often at great personal risk and sacrifice.  It is hard to imagine anyone who embodies these ideals more fully than Dr. Rushiti.

Through almost two decades of research and advocacy, Dr. Rushiti has secured access to healthcare and justice for civilian victims of armed conflict.  Last year, her advocacy led to a landmark government decision to fund pensions for victims of wartime sexual violence.  This helped Kosovo take a vital step forward in dealing responsibly with the legacy of its past.

What drives Dr. Rushiti to work on behalf of victims is the same ideal that drove Kosovo to seek its independence:  a commitment to justice, self-determination, and human dignity.  These values lie at the core of the U.S. partnership with Kosovo.

I hope Dr. Rushiti’s achievements, and this award, will inspire others to work toward a better future for all victims of war.  There is much still to be done.  The hundreds of survivors who have applied for pensions represent only a fraction of those who suffered from sexual violence during the war.  And many victims from minority communities are deliberately denied their rights to reparations, dignity, and justice.

For those who continue to suffer, who continue to face injustice or stigma, but who hold out hope for a better future, Dr. Rushiti would be the first to say:  this award is for you.