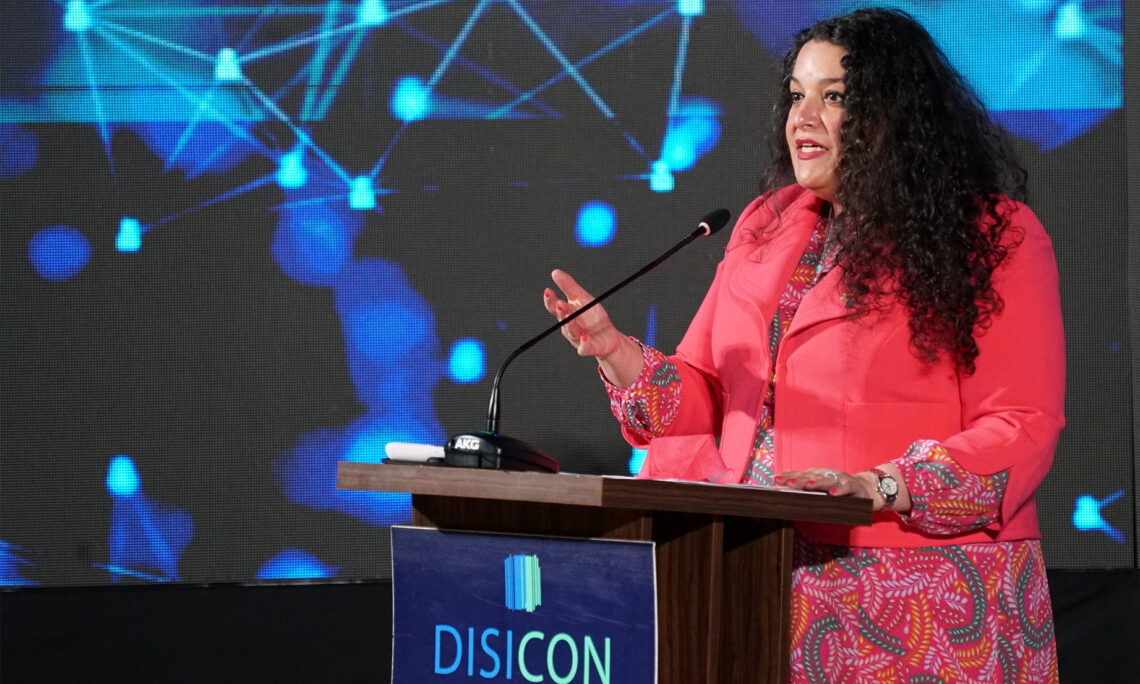 Good afternoon. Thank you for that kind introduction. It is an honor and a privilege to be here today with you, Nancy and Derek, and everyone in the audience.

Before I begin, I want to pay tribute to former Secretary of State Madeleine Albright. Kosovo had no better champion. She dedicated her life to advancing democracy and human rights, always defending the defenseless. We all mourn her loss.

It is fitting to note here that Secretary Albright was quite aware of the threat posed by disinformation. She warned of this with her clear, vivid words:

“Disinformation allows fascism to thrive and puts democracy at risk.”

As Secretary Albright also reminded the world, a core pillar of all democratic societies is a free and fair press. We know that democracies work when citizens have access to accurate information and are free to hold their representatives accountable.

Unfortunately, around the globe we are seeing how adversaries attack the media and sow disinformation to guard and expand malign activities.

There is no better – or rather, tragic – example at this moment than Russia. The Russian government has spent years spreading lies and distorting the truth in a seemingly never-ending campaign meant to sow discord, destabilize democratic partners, and further Kremlin policy goals.

In Ukraine, the Russian Government weaponized disinformation to set the stage for military action – actions which have taken scores of innocent civilian lives. Launching conspiracy theories and lies like missiles, these weapons are meant to obliterate the truth and weaken the resolve of democratic, free societies. We have seen how Russia’s disinformation campaigns deceive even their own citizens and leaders, as they try to justify their horrific actions to the world.

Russia’s anti-western messaging has even seeped into Kosovo’s media. These harmful messages actively undermine interethnic peacebuilding and reconciliation – here in Kosovo and throughout the region.

We are all susceptible to the poison of disinformation. The internet – and social media in particular – is a veritable breeding ground for falsehoods, rumors, and misinformation.

We must all, therefore, be vigilant. We must learn to sort truth from fiction, to weed out lies and deception. And we must ensure our future, the youth, learn these skills to save and preserve truth and democracy.

They surveyed 16- to 29-year-olds and found that 87 percent of both Kosovo-Albanian and Kosovo-Serb respondents were using Facebook. Forty-eight percent reported using social media as their primary means for receiving information. It’s a staggering number, nearly half use social media as the primary means of receiving information. Even though they are online, only 36 percent of Kosovo-Albanians and 29 percent of Kosovo-Serbs check the sources of information.

Because of their heavy reliance on social media, younger generations must be an important focus of the discussion about disinformation. I am pleased to see that several of today’s panels will explore the relationship between youth and social media. It’s also tremendously heartening that so many young people are participating in today’s conference.

I truly believe that you hold the solutions to creating a healthy and trustworthy information environment.

I would urge you to start by scrutinizing the information you’re inundated with. Look for signs of manipulation in images and videos. Fact-check information by going to the primary source. Hone your ability to spot harmful messages. “Create” “Share” “Like” and “Post” data that actively combat disinformation and spread the truth.

Disinformation messages, of course, go beyond what we see and read online. The NDI youth poll found that 60 percent of Kosovo-Albanians and 29 percent of Kosovo-Serbs turn to family and friends if they see interesting or unusual information. If those people are also relying on the same social media sources, it exacerbates the cycle of disinformation. This means we must all learn to be vigilant off screen and on them.

The best way to fight malicious technological forces is with benevolent ones. There are some tech savvy innovators choosing to use their expertise for good; to help develop solutions. They find ways to use artificial intelligence to easily spot dangerous information. They create apps that facilitate our ability to efficiently fact check. And, they develop mechanisms for tracking and tracing disinformation to its sources.

But we are all responsible – we all play a part in the solution. We can all take the time to consider the source of information and think carefully about what we put out into the world. All of us can model the highest ethical standards for future leaders. And, we can empower people with the resources they need to build a better and safe future.

Thank you all for doing your part. Let’s work together to stop disinformation and promote truth – a core value of any strong democratic society.