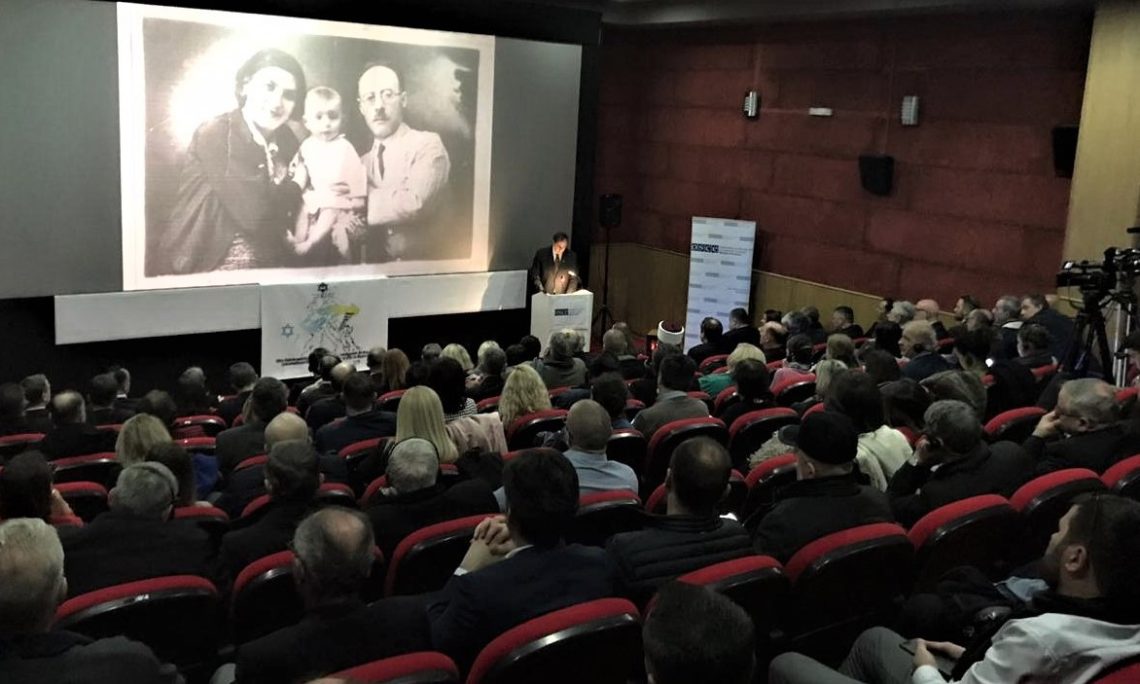 Today is a solemn and momentous day—the 75th anniversary of the liberation of Auschwitz.  The United States continues to stand with the Jewish people in remembrance of the six million innocent Jews murdered in the Holocaust, along with many other victims, including the Roma, LGBTI, and disabled communities.

The horror and magnitude of the Holocaust are unique in living memory, imposing a duty on humanity to never forget and to never permit it to be repeated.  The United States remains committed to the post-Holocaust moral imperative—“Never Again.”  We, along with our allies, have worked since World War II to ensure the Jewish people can live in peace and security, and to minimize the chances for genocide to be used as a weapon against humanity.

Yet, unfortunately, atrocities continue to plague our world.  As the great Elie Wiesel said, “You have to warn people that these things can happen, that evil can be unleashed.  Race hatred, violence, idolatries—they still flourish.”

No one living in Kosovo can doubt his words.  You have seen how unscrupulous leaders can fan ethnic or religious hatred into uncontrolled flames, destroying lives.

By the same token, leaders can help to build understanding, peace, and ultimately, reconciliation.  I am gratified to see representatives from Kosovo social, political, ethnic, and faith communities here today, standing in solidarity with the Jewish people and marking this day of remembrance, a day of reconciliation.

Leaders have a distinct moral authority among their people and can reach their hearts and minds in a way no one else can.  I encourage you to continue building trust and collaboration among Kosovo’s diverse communities.  Your unity can help address the problems facing Kosovo, such as reconciliation, corruption, and injustice.

The Holocaust was rooted in bigotry and militant ethnonationalism.  We best honor the victims of the Holocaust by striving toward a just society, one where all members are respected and valued, a society where such horrors are remembered and never allowed to happen again.