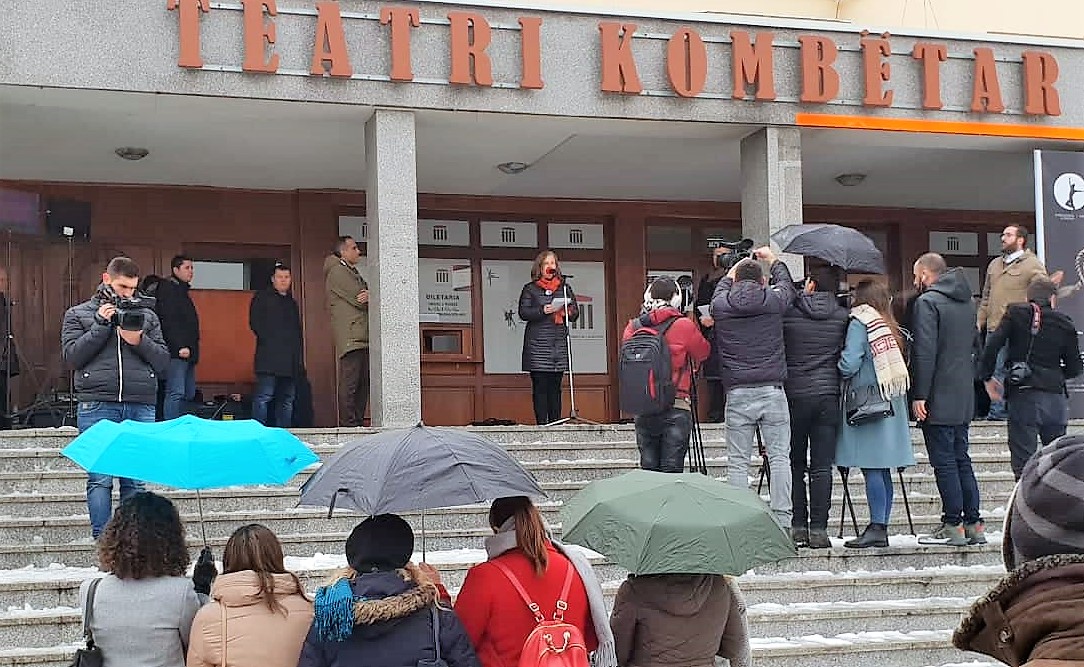 Today marks the end of Anti-Corruption Week and it marks the start of a new year of cooperation between the U.S. Embassy and our Kosovo partners.  We are working to identify and reduce continuing sources of both high-level and persistent, low-level corruption in Kosovo.   We are working with municipal governments to make decision-making process more transparent and supporting local organizations to strengthen civil society’s watchdog role.  We are collaborating with the justice sector to help Kosovo’s institutions better manage corruption cases.  We are working at the highest levels of government to hold politicians accountable. While we are eager to partner with the government, civil society, and citizens, the fact is—we cannot fix the problem, but you can.

Corruption is everywhere.  It’s present when a family connection is required to secure a job, when a person in a position of authority demands a bribe, and when politicians

put their interests before the public good.  When someone sees corruption and does nothing, that person is also contributing to the problem.  Survey after survey tells us Kosovo’s citizens

are angered by corruption.  So if you truly want a country in which laws mean something and ability is valued, you must be courageous.  You have to be the heroes in this story and it will take work.  I know you are up to the challenge.

As citizens of Europe’s youngest democracy, you have worked through post-war hardships to create a government and market economy from scratch.  Kosovo now holds free and fair elections, and is a leader in the region in procurement transparency. As U.S. President John F. Kennedy noted, “Democracy is never a final achievement. It is a call to an untiring effort.”  To sustain your achievements and move Kosovo closer to the future you desire, all of Kosovo’s citizens must make this effort. To help you in this fight, I would like to offer three suggestions—three things that everyone can do—and encourage friends and family to do—to stop corruption now. First and foremost, when you vote in elections, make sure that you vote for people who share your values and are not known to be corrupt. Your vote is your voice, and you do not owe that vote to anyone.  Second, refuse to pay bribes.  If someone demands a bribe, resist. You may want to consider shining light on that corrupt act by informing others of your experience. Lastly,

use the protections provided in the newly adopted Whistleblower Law which provides protections to those who expose corruption.  With this landmark achievement in place,

I urge you to use your voice.  In the end, our message to Kosovo’s citizens is this: don’t ever give up on Kosovo. You fought for this country. You are building this country. Don’t let corruption bring it down. We are standing with you to fight corruption today, tomorrow, and every day.  Thank you.