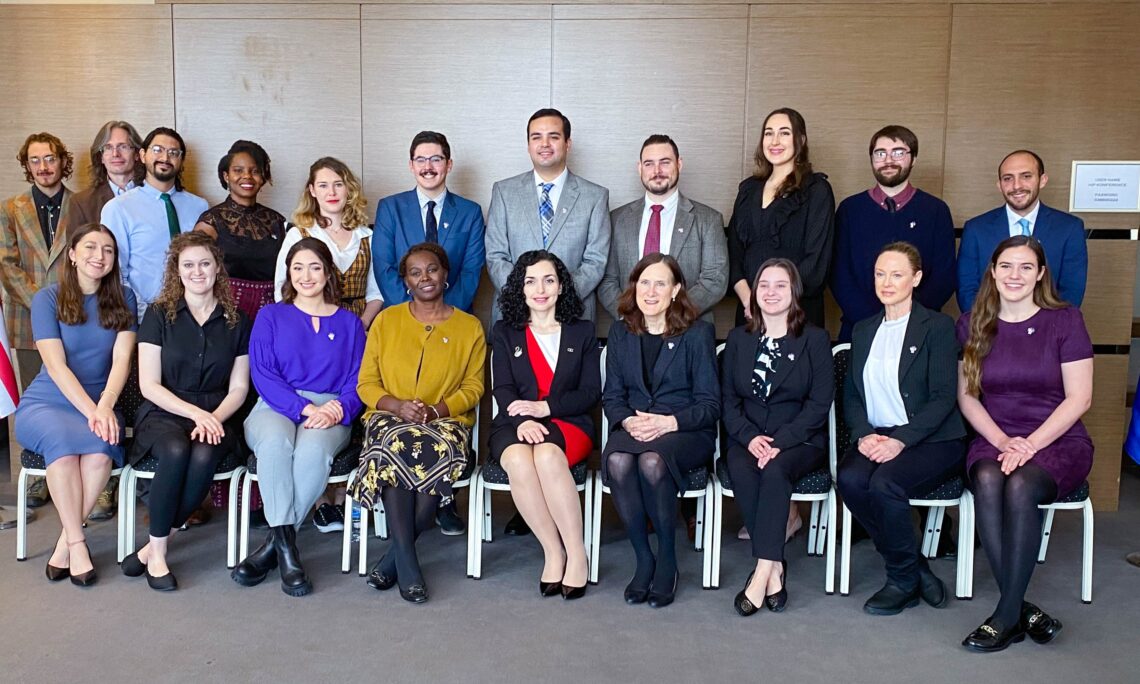 Thank you for taking the time to join us today for this special occasion.

Over two and half years ago, Peace Corps Volunteers worldwide were evacuated back to the United States due to the COVID-19 pandemic. This includes over 60 Volunteers from Kosovo.

That’s why I’m so pleased that today, we can finally say that Peace Corps Volunteers are back in Kosovo, and they are more ready than ever before to continue our partnership with the people of Kosovo.

In 2014, at the invitation of former President Jahjaga, Peace Corps formally opened its 140th country program in Kosovo.

I want to thank the Ministry of Education, Science and Technology, the Ministry of Local Government and Administration, the many schools, municipalities and organizations that have partnered with Peace Corps Volunteers over the past 8 years.
In the span of that short time – cut even shorter due to our pause during the pandemic – over 220 Volunteers completed 24 months of working and living in communities throughout Kosovo.

As I swear in the seventh group of Peace Corps Volunteers, I know they will be welcomed in over 17 communities across Kosovo. This partnership is made possible through many school principals, non-governmental organizations and municipal officials, many of whom are here today.

Thank you for requesting a Volunteer and for committing to partner with them over the next 24 months.
So, with that said, I would like to address the new cohort of Volunteers:

I know that many of you applied to join Peace Corps during the pandemic. You waited over 3 years to come to Kosovo. Some of you were evacuated and signed up to return.

This extraordinary patience demonstrates the dedication you each have to the main goal of Peace Corps, which is to advance friendship and world peace.

As President John F. Kennedy noted in his establishment of Peace Corps in 1961:

Life in the Peace Corps will not be easy. There will be no salary and allowances will be at a level sufficient only to maintain health and meet basic needs. Men and women will be expected to work and live alongside the nationals of the country in which they are stationed, doing the same work, eating the same food, talking the same language.

I know from hearing about the progress you all have made during the intense eleven weeks of Pre-Service Training that you have developed many skills, including language skills in both Albanian and Serbian, and you spent time with communities in Dragash immersing yourselves in local culture.

I’m confident that you each will work alongside your counterparts in the spirit that President Kennedy envisioned over 60 years ago.

Eleven of you will be teaching in primary and secondary schools throughout Kosovo.

Your work in the schools will build ties and share experiences between Kosovan children and American communities. You will help shape their ideals around learning, friendship and openness to the world around them.

When I asked what Peace Corps did during the pandemic, I heard about many wonderful projects that continued even as schools in Kosovo and around the world closed or went virtual.

Evacuated Volunteers continued to partner with their counterparts in Kosovo to teach English and work with different organizations virtually.

One of the Peace Corps Volunteers who was evacuated from Kosovo, Eli, continued to teach virtually from the United States. He woke up early, at 4 in the morning to teach classes in Kosovo.

Perhaps the most impressive feat that Eli orchestrated was the virtual tour on which he took his Kosovan students of key museums and monuments in Washington D.C..

He livestreamed on his phone as he walked to different sites explaining each in detail and allowing the students to see the inside of some of the best museums in America.

His students got to participate from their own homes. They encouraged Eli to return to Peace Corps and complete his service.

I’m so pleased that Eli is here today and will continue to teach English here in Prizren – empowering Kosovan youth to acquire key skills for bright futures.

Six of you will be working in municipalities through the Community Organizational Development program. I know from traveling in Kosovo and speaking with many mayors and leaders of non-profit organizations that your contribution will be welcomed.

You will learn from your counterparts who are as committed as you are to finding innovative ways to work with Kosovan youth seeking solutions that will meet the moment and advance Kosovo forward.

Keep an open mind. The answers to some of the tough questions in the communities in which you will will come from learning to listen.

Your experience as a Volunteer in Kosovo will shape your life in many positive ways. I encourage each of you to embrace the journey and this opportunity. It will be impactful to you, and to communities across Kosovo.

You each represent some of our country’s strongest values – integrity, hard work, and service. Your Volunteer service in Kosovo over the next two years will further strengthen the partnership and friendship between United States and Kosovo.

Congratulations on completing your Pre-Service Training and I wish each of you a great two years of service. I look forward to visiting you in your communities soon and hearing about all the great things that you and your counterparts accomplish in the coming months.