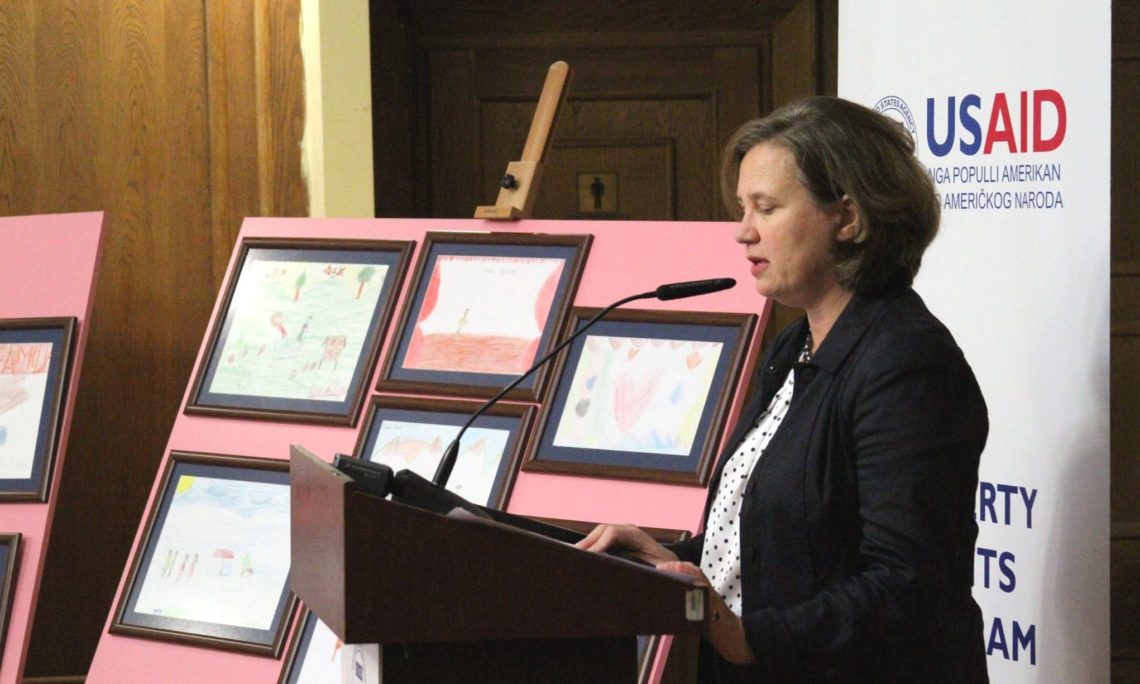 It is my pleasure to join all of you today and reconfirm the commitment of the United States government to support positive change in Kosovo. One of these changes is directly related to the right of women to own and use property. This is a fundamental human right. It is an essential element of a democratic society ruled by law, and allows a market economy to function to its highest potential.

As a daughter, I have been blessed and supported by my parents to achieve all that was available to me, legally and socially. I have been able to exercise my right to education, to employment, ownership and inheritance. When my parents died, my sister, brother and I each inherited an equal share of their estate. In fact, we inherited land from my grandmother. It was her land and in her name alone.

Today I’m here to support the daughters in Kosovo that haven’t been able to claim those rights, either because they were removed from a list of heirs, denied their role in inheritance proceedings, or simply didn’t know their rights.

The numbers speak for themselves; less than 4% of women in Kosovo inherit property from their parents, only 2% have a bank loan secured by property, and only 19% of women own land. These numbers matter as they directly impact the wellbeing of half of Kosovo’s population. Women in Kosovo are excluded from the economy as entrepreneurs, investors, and business leaders often because they don’t own property, and as a consequence cannot secure loans from banks.

As a result, the Kosovo economy is not drawing on society’s full potential. This is an economic loss that Kosovo cannot afford as it moves to its European future.

The good news is that progress is being made. The Kosovo government, including Deputy Prime Minister Kuqi, has put together a National Strategy for Property Rights, which provides a roadmap for necessary reforms. Public awareness is also being raised on property rights. In fact, in a few minutes, we will hear from a father and daughter about their story of equality.

The United States, through USAID, supports these efforts and will continue to help make it easier for people to exercise their rights to property. To all the fathers who cherish and support their daughters, thank you. Ensuring your daughters have the same opportunities and rights as their brothers will help to secure for them a brighter and more prosperous future.