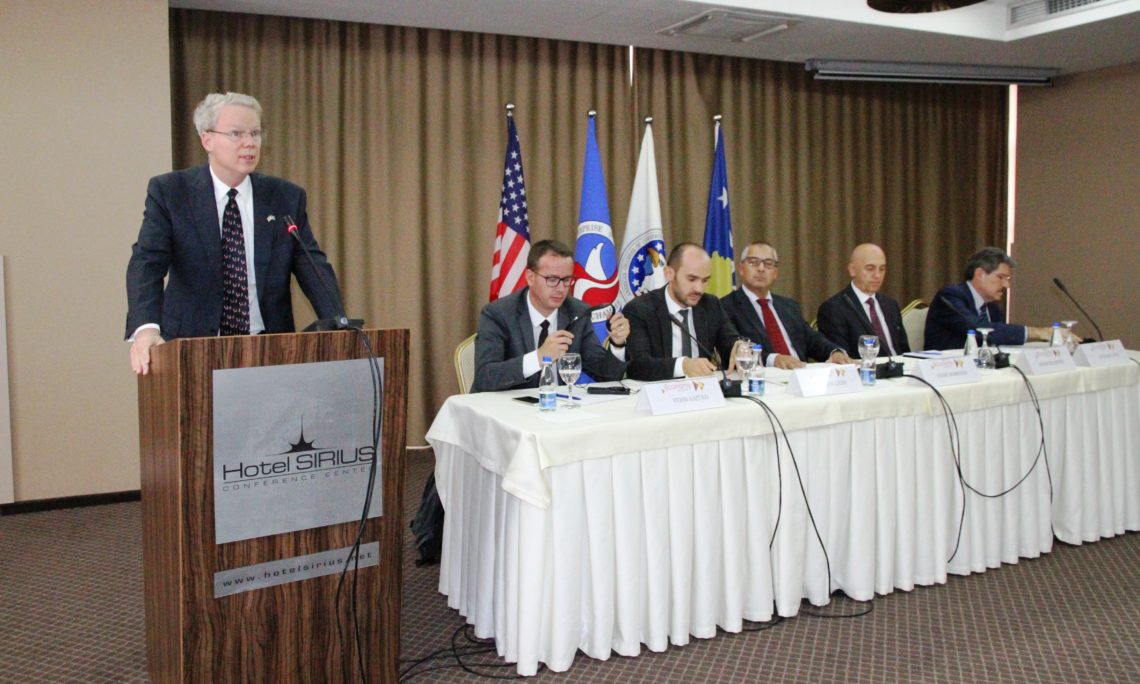 Thank you Arian for the kind introduction and the opportunity to speak once again to this group about the importance of business ethics and anti-corruption efforts.  Fighting corruption is something I care deeply about, and it’s one of my government’s top priorities.  Secretary Kerry addressed this issue when he visited Kosovo last December, and, more recently, Vice President Biden addressed it in a very personal way when he came to Kosovo.  The Vice President sees the rule of law sector as a key legacy of his late son’s work in Kosovo as a justice sector advisor.  He urged the Kosovo authorities to take tougher action against corruption and organized crime while he was here.

When I arrived in Pristina a year ago, I set out an agenda of what I hoped to accomplish during my time here.  My goals can be divided into three areas:  strengthened rule of law, enhanced economic development, and improved regional security.  Corruption inhibits the achievement of each of these.  On a basic level, corruption is a major obstacle to democracy and the rule of law.  It undermines people’s trust in the political system, its institutions, and its leadership – fueling instability.  Corruption also damages security.  As the Vice President said, “It weakens the nation’s ability to defend itself [and] it leaves it vulnerable to manipulation from outside.”  Corruption also cripples economic development.  It drains economic resources away from the people and drives away business and investment.  Graft limits American investment overseas, as businesses face, on average, 10 percent higher costs in countries with endemic corruption.

Vice President Biden said it best when he said, “Corruption is a cancer that eats at the fabric of every society where it exists….And unless it’s dealt with, the likelihood of bringing down the unemployment rate, the likelihood of raising the standard of living, the likelihood of Kosovo meeting its potential is small.”  And when you look at my three goals in their entirety, what I’m really talking about, and what we’re really trying to achieve, is for Kosovo to reach its full potential.

To accomplish this, the United States is not just urging Kosovo’s leaders to take strong steps against corruption—though we are certainly doing that.  We are also investing a great deal of money and effort in helping Kosovo to develop the capabilities to fight this scourge.  In fact, we have trained almost 1,200 justice sector professionals.  And we have launched a $9.3 million USAID “Justice Sector Strengthening Project.”  Altogether, over the next year, my government will spend over $12 million in development aid and expertise focused on this issue.

My team and I are conducting outreach, like my participation in this event today.  I am particularly pleased to be participating in this roundtable and hearing from the panel and audience members because you are on the frontlines of the struggle against corruption.  You have experience setting up and running the businesses that fuel economic development.  And, I suspect, unfortunately, that many of you have had first-hand experience dealing with the problem of corruption.