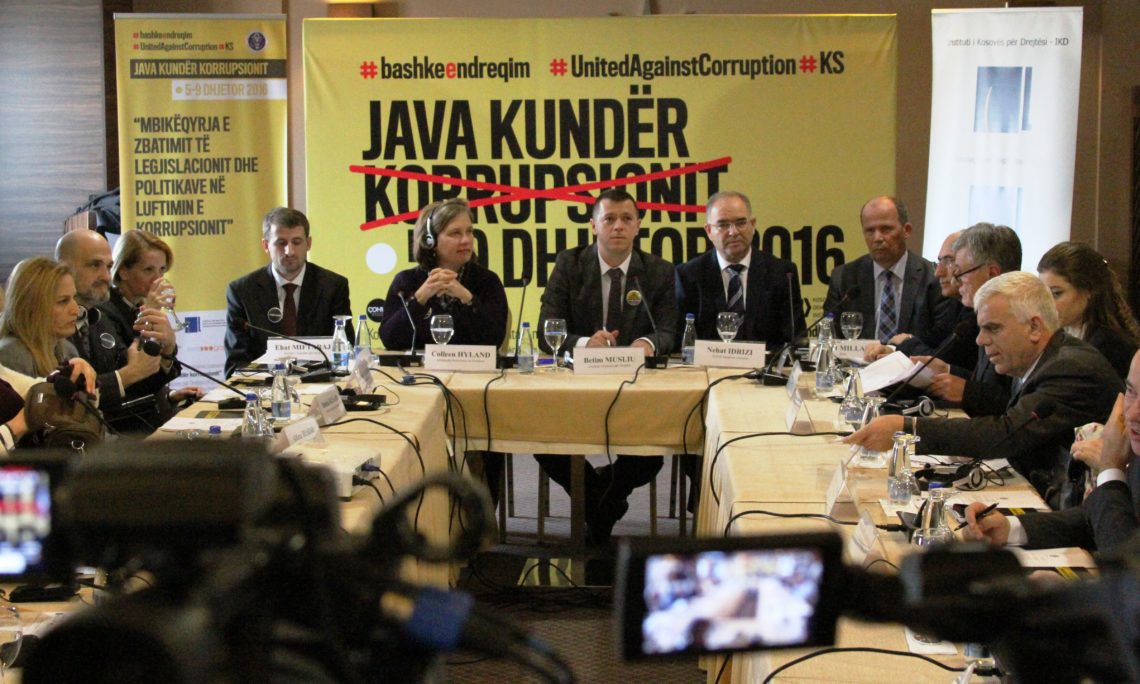 Thank you, Betim and Kosovo Law Institute for organizing this important discussion.  It is my pleasure to be here today to continue to show the Embassy’s support for the very important role the justice sector plays in the fight against corruption in Kosovo.

When Ambassador Delawie participated in your October roundtable, he emphasized that while the fight against corruption requires a whole of government approach—without an effective and efficient justice sector, any approach is destined to fail.

This is why our Embassy, through the Department of Justice’s OPDAT program and USAID, is so committed to supporting the efforts that improve Kosovo’s legal framework for judicial efficiency and independence, as well as efforts to improve capacity within the justice sector.

We also support and encourage KLI’s work to monitor anti-corruption efforts within the justice sector.  Civil society plays a very important role in the fight against corruption—especially by providing independent feedback and recommendations for improvement.

Unfortunately, as we all are aware, polls still show that the citizens of Kosovo lack faith in the fairness of its judiciary.  The common complaints still arise in the media and in the cafés that corruption investigations take too long, and that indictments for corruption almost never lead to conviction.

True or false, these perceptions indicate that more work must be done to create trust in the justice system.

One effort that the Embassy has supported is the draft law to strengthen the capacity of the Office of Disciplinary Conduct.  This draft law is one way to hold prosecutors and judges accountable for misconduct, which is especially important in corruption cases.

Just as we speak about the very important role that indictments and convictions play as a deterrent to corruption, this draft law will help reassure the public that their prosecutors and judges adhere to the highest ethical and professional standards possible.

During the course of this Anti-Corruption Week, many facets of the fight against corruption will be discussed.  But I think that we can agree here this morning that none of these efforts—from increased fiscal transparency to improved methods for reporting corruption—can be successful without a professional and effective justice sector.