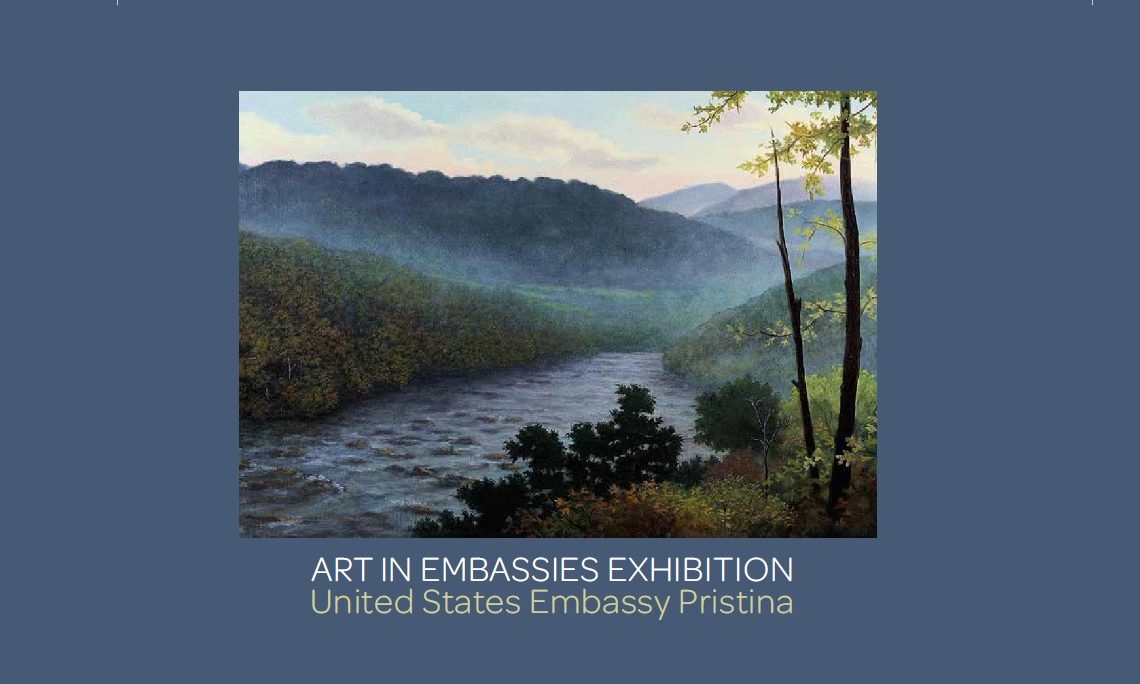 Art in the Embassy Pristina

Part of the mission of the Ambassador is to promote cultural exchange between the U.S. and Kosovo, in part through the use of American art via the Art in Embassies program. Created in 1963, this program enables ambassadors to display works of American art in their residences. Most works are on loan from museums, galleries, and artists that share our belief in art as a universal language that brings people together.

We are pleased to present this exhibition of works by American artists that reflect two aspects of the bond between the people of the United States and Kosovo: the struggle to protect the environment and the quest to build more just societies. When we first visited Kosovo in 2003, we found ourselves admiring the similarities of the landscape to that of our home in the mountains near Asheville, North Carolina. While preparing for our return to Pristina, we sought works by artists from the Asheville area to highlight this shared natural heritage. We struck gold when we met the husband and wife team of John Mac Kah and Ruthanne Kah, who lead the Saints of Paint, a non-profit organization dedicated to preserving the environment, caring for animals, and working for positive social change. We are grateful to the Kahs and other artists in their collective who have been willing to lend paintings to this exhibition—Dana Margaret Irwin, Susan Kokora, Mohamed Sabaawi, and Deborah Squier.

The commitment and activism of artists in the Saints of Paint collective forms a bridge to the rest of the exhibition—portraits of American civil rights hero Dr. Martin Luther King, Jr., and portraits of Lena Horne, Josephine Baker, and Katherine Dunham, three African American women whose legacy as performing artists is often overlooked. These latter three portraits belong to a larger collection by photographer Carrie Mae Weems entitled Slow Fade to Black highlighting the achievements of African American politicians and performers from the mid-twentieth century. Weems deliberately blurred the images in this collection to suggest that society is allowing those figures to dissolve unnoticed into the past. Slow Fade to Black is also the title of a book by Dr. Thomas Cripps highlighting the accomplishments of African Americans in film in the face of racism during the first half of the twentieth century. We hope you will find these works beautiful and inspiring in equal measure.