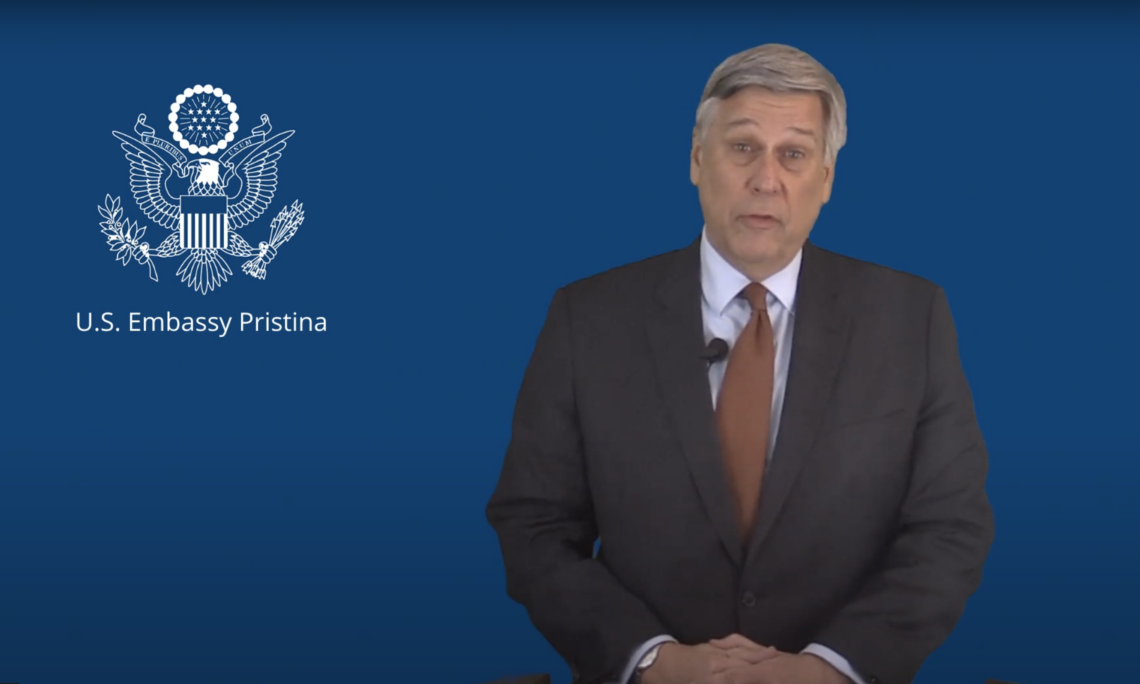 Good morning.  First of all, my thanks to Chief Prosecutor Lumezi for the invitation to speak today at the Annual Prosecutors’ Conference.  The fact that I am once again addressing you remotely is just the latest reminder of the various tests we continue to face during these unprecedented times.  Unfortunately, I am not just talking about the effects of the pandemic.

Today, it is not only our health that is being threatened, but democracy itself.  Like all of you, I was shocked by the recent events in Washington.  The political violence on January 6th was a stark reminder of democracy’s fragility, the importance of rule of law, and the dangers of lies and misinformation.

But despite the violence and other efforts to overturn our election, our institutions held, and a transition is underway in accordance with our Constitution.  I am confident America will emerge stronger than ever from this critical period, but there is a lot of work and a lot of heartache ahead.

However disturbing these events, this is not the first time our democratic values and institutions have been tested.  I find it instructive to turn to history for guidance.  One common thread throughout history, true in my country and yours, is that dangerous times demand extraordinary acts from ordinary people.

Individuals like Anton Cetta [CHE-tah], here in Kosovo.  As an anthropologist, Mr. Cetta worked to preserve Kosovo’s rich cultural heritage and history.  However, he understood that some traditions were incompatible with Kosovo’s democratic future.  To that end, and at great personal risk to himself and his family, Mr. Cetta worked tirelessly to broker peace between families and end generations of blood feuds.  Mr. Cetta knew for Kosovo’s democratic institutions to succeed, the public could not and should not play the role of judge, juror, and executioner.  His work strengthened Kosovo’s respect for rule of law and empowered all of you to become the arbiters of justice.

In the United States, I am equally inspired by the life of Judge Elbert Tuttle, an appellate judge in Georgia during the height of the U.S. civil rights movement in the 1960s.  Throughout his life, Judge Tuttle relentlessly fought for the civil liberties of African Americans.   Tuttle is often credited as one of the architects of desegregation in the South.   Despite numerous personal attacks and physical threats, Tuttle persisted, advancing civil rights for marginalized communities.  While much work remains to advance equality, through one man’s dedication to justice, the promise of the Supreme Court’s desegregation rulings became a reality.

These are just two of many historical examples when individuals faced danger to protect the values they hold dear.  Even in the midst of the recent Capitol violence, selfless heroes demonstrated great courage through actions big and small.  Many of you may have heard the story of the Congressional staffers who had the presence of mind to save U.S. Electoral College votes and carry them to safety.  Again, these are ordinary citizens who, when tested, did the right thing—helping to protect and preserve our democratic institutions and values.

So, to the prosecutors, victim advocates, and support staff – remember that the public entrusts you to be the champions of the rule of law.   Do not fear accountability –  embrace it.  Hold yourselves, your colleagues, and your leaders to the highest legal and ethical standards.  Vigorously defend the rights of victims and ensure the human dignity of the accused.  Seek equal justice for all of Kosovo’s citizens, regardless of their position in society.

And I challenge you to maintain these standards and serve as an example to society in your personal lives as well.  That includes the fight against the pandemic – so wear your mask, obey the curfew rules, and minimize social contact to avoid needlessly risking lives.   If prosecutors wont’ take these measures seriously, who will?

I am confident that you will show the strength and wisdom needed to persevere and prevail in the defense of liberty, democracy, and law.   For in the words of Reverend Martin Luther King Junior: “The ultimate measure of a man is not where he stands in moments of convenience and comfort, but where he stands at times of challenge and controversy.”