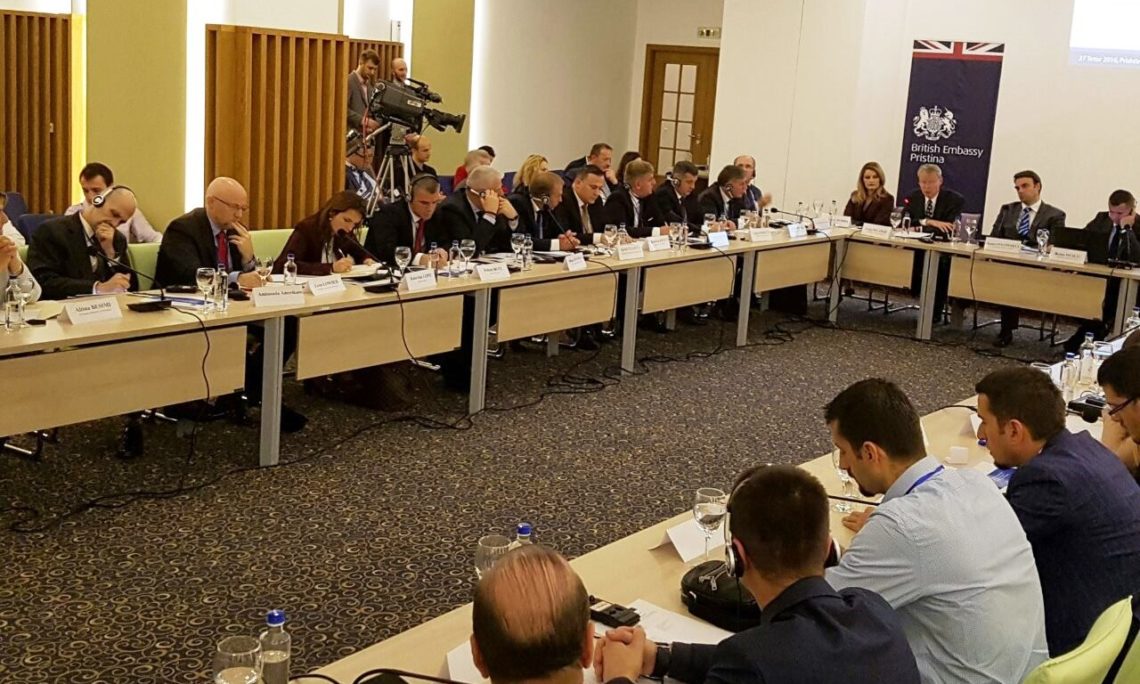 Thank you very much, Mr. Musliu.  I especially want to thank KLI for inviting me today. I am pleased to be here with Ambassador O’Connell.  Minister, Chairman Idrizi, judges and prosecutors, distinguished guests.  It is a pleasure to join you.

Since I arrived in Kosovo I have been talking about the need to fight corruption. I want to highlight that I do not talk about the elimination of corruption, because unfortunately its eradication is not possible. But what is possible is the recognition and punishment of corruption when it is identified. This is something Kosovo can and must do.

Fighting corruption requires a whole of government approach. No one institution or no one person can do it alone. It is up to society as a whole. But I think we can all agree that without an effective and efficient justice sector, any approach is destined to fail.

What this means is that the judicial institutions must have a complete commitment to fighting corruption within. No institution can expect others to comply with the law if it does not do so itself. Kosovo must establish clear and objective disciplinary rules within judicial ranks, and these rules need to be enforced equally and consistently. The Department of Justice’s OPDAT program and USAID will continue to support both Councils to achieve these goals.

As you know, the Basic Prosecution Office in Pristina and the SPRK are the two offices within the prosecution service that prosecute the bulk of corruption cases. Both are important in helping Kosovo establish the track record fighting corruption that is necessary to continue progress towards European integration. But right now, the SPRK, which prosecutes the most serious crimes in Kosovo, is missing almost half of the prosecutors that it needs to meet even the most basic level of staffing. Until the SPRK is appropriately staffed, there will be little or no progress fighting high-level corruption, I fear. I urge all of you to take action to correct this situation, and to do so immediately.

The Basic Prosecution handles most of the other corruption cases, but it too is, unfortunately, understaffed. In recent months the prosecution service adopted a strategic plan that focused resources on corruption, and there have been some tangible results.  They should be commended for their efforts and encouraged to aggressively move forward with prosecuting these cases, but the work is far from done. Our Department of Justice OPDAT program is supporting those efforts and will continue to do so in the future.

There also must be equality of justice. To fight impunity, anyone found guilty of corruption must be sentenced to proportionate, predictable, and consistent punishment or an effective program for rehabilitation. It is difficult to see how justice is served when a sentence leaves a corrupt official in office or lets them continue to enjoy the benefit of their crime.  I certainly associate myself with the comments of Ambassador O’Connell on that very same subject just minutes ago.  Offenders must be sentenced to meaningful punishments and have the financial gain from their crimes confiscated. Public officials indicted must be suspended until their cases are resolved and dismissed if they are found guilty.

Civil Society has an important role in the process. I strongly encourage all of you to consider KLI’s suggestions and to respect the role of Civil Society in fighting for a better Kosovo. No one likes to be criticized or told they are not doing a perfect job, but the truth is that there is room for improvement in everything we do. Take advantage of the reports to improve, but don’t blame the messenger for bad news, which is extremely counter-productive.

You are all aware that corruption is a significant problem in Kosovo.  It deters foreign investment, increases unemployment, and undermines the rule of law.  Kosovo can and must make the fight against corruption one of its top priorities.

In closing, I urge the Kosovo Prosecutorial and Judicial Councils to take the steps necessary to ensure that their prosecutors and judges adhere to the highest ethical and professional standards possible.  The citizens of Kosovo and victims of crime deserve nothing less.