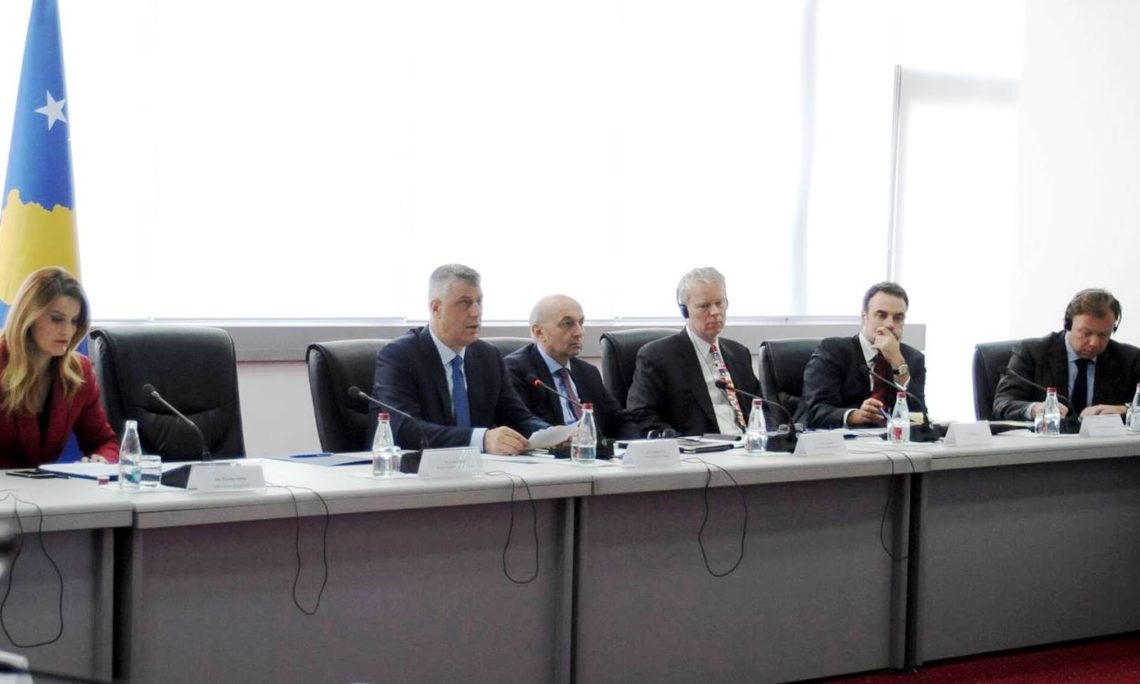 I will save everybody some time and associate myself with the most of the comments that have already been made. I have been saying since I was first appointed to this job a year and a half ago that corruption is holding Kosovo back, and not much else matters until this really improves. Perhaps it’s a slight exaggeration, but corruption is extremely important for economic issues and political issues, and everything else you can imagine. I have said before there is not a magic wand that will solve this problem.  It requires hard work from society and government along multiple lines to both investigate, prosecute and convict corrupt officials and to make it harder to be corrupted in the first place. My government is spending lots of money, millions of dollars every year, to support both of these objectives.

Unlike most of the time when I talk about corruption, I am going to mention several positive things here today that I have seen since I have been here. We have seen the resignation of members of Parliament and other officials indicted for corruption– some faster than others, but it’s happened. We have seen arrests and indictments of allegedly corrupt officials, and the Chief State Prosecutor read out a very impressive list a few minutes ago.  We have seen a lot of progress in instituting electronic procurement, which sounds kind of dull, but it really makes corruption hard and is extraordinarily important. We have seen the adoption of a hiring scheme that the United Kingdom Embassy has worked out with the Government of Kosovo, which we feel is extremely important to put senior civil servants in places based really only on merit. We have seen transparent rules and random case assignment in the Custom Service– and I think it’s really remarkable that the government agency that raises over a billion euros a year– the vast majority of the Kosovo Government revenues– has a terrific record of anticorruption. I think that’s great. We saw the Transparency International report that came out the other day praising the Kosovo Police as being the most trusted in the region– that’s terrific. And then we heard the Chief State Prosecutor mention that there will be more prosecutors hired and assigned to these cases in the coming months, which is great as well.

These are all important issues. We have to keep pushing ahead.  And I know that I am pushing hard on everybody here.  I know that Kosovo is only eight years old as a nation, but we want Kosovo to succeed. We are committed to Kosovo’s success, and this is the biggest obstacle and biggest risk for Kosovo’s future in Europe.  We know you can conquer this problem and that’s one of the other reasons we are pushing so hard.