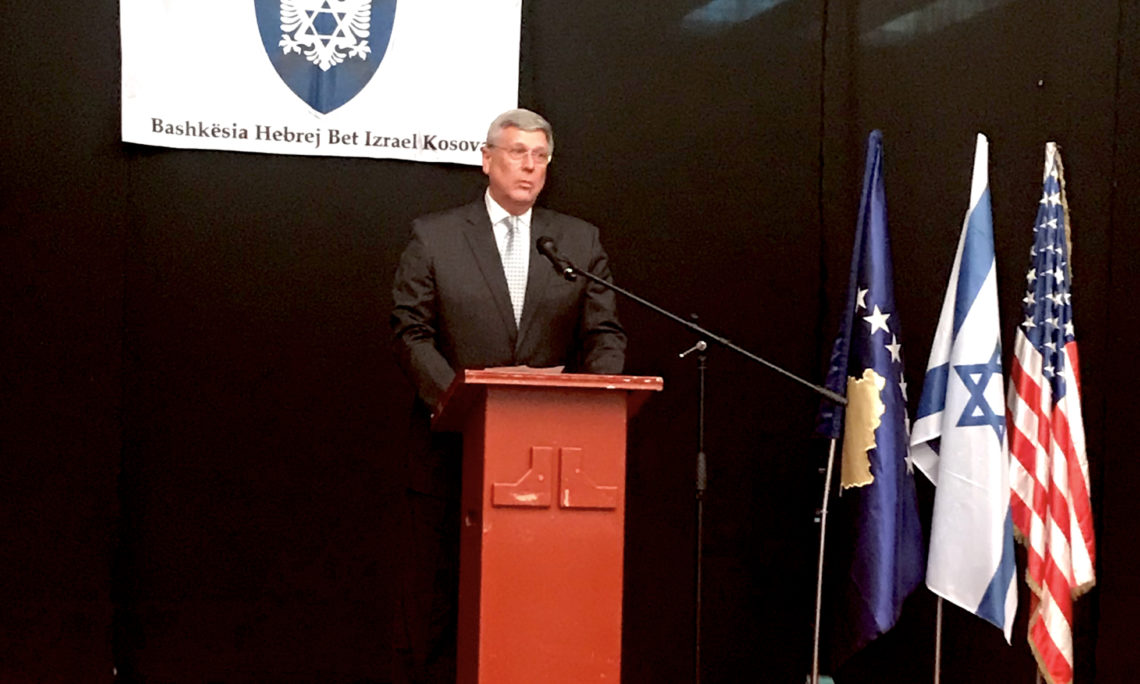 Ladies and gentlemen, it is a privilege to join you on this solemn occasion – the 75th anniversary of the liberation of Auschwitz, a date we choose to honor the victims and survivors of the Shoah – the Holocaust.

The United States stands with the Jewish people in remembrance of the six million innocent Jews murdered in the Holocaust. We honor as well the memory of the millions of other victims slaughtered by the Nazis due to their ethnicity, their sexual identity, their physical disabilities, their political affiliation.  As the grandson of refugees from Eastern Europe, I grew up in the shadow of the Holocaust, grateful to live in a society dedicated to the goals of liberty and justice for all.

But it is not enough to seek a haven from evil. Since the end of World War II, the United States has remained committed to ensuring that the Jewish people – and all the peoples of the world – can live free from fear.  The horror of the Holocaust imposes a duty on humanity to prevent its repetition.

No one who has lived through the last 30 years in the Balkans can doubt that evil walks among us. We have seen how leaders can fan the flames of hatred for personal gain.

Evil is real.  But it is too easy to place all the responsibility for crimes against humanity solely upon those who commit and encourage them, and to ignore our own responsibility.  Albert Einstein put it well: “The world will not be destroyed by those who do evil,  but by those who watch them without doing anything.”

So the world needs us to find the courage not only to confront evil with force, but to challenge it through the power of love. Thus,  I am gratified to see representatives from Kosovo’s faith communities here this evening. Religious leaders have a distinct moral authority among believers.  I encourage you all to press forward with concrete, candid interreligious dialogue, including by founding an Interfaith Council.  Building trust and collaboration among Kosovo’s diverse religious communities will not only benefit communities of faith; it can help Kosovo move toward true peace and reconciliation, both among communities within the country and with neighboring countries.

In the words of Anne Frank, before her death at Bergen-Belsen: “I see the world gradually being turned into a wilderness. I hear the ever-approaching thunder, which will destroy us too. I can feel the sufferings of millions and yet, if I look up into the heavens, I think that it will all come right, that this cruelty too will end, and that peace and tranquility will return again.”