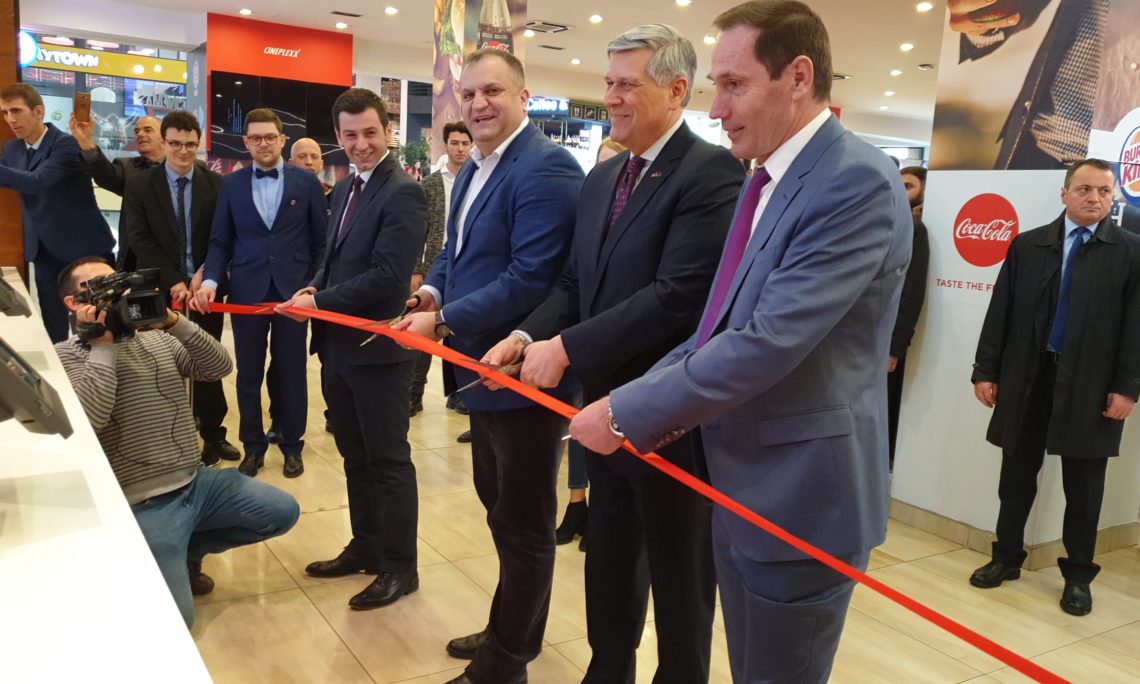 Good morning, everyone.  It’s a pleasure to be here as we congratulate Burger King Kosovo on their new venture, and to welcome another famous American company to Pristina.

I know the road to today’s opening has been a long one – I understand it took about two years of negotiations to realize this dream.  As Xhevat and Fatmir can attest, opening an international franchise is a complicated task.  I applaud everyone involved for their vision and perseverance.

I am excited about this opening for several reasons.  First, and I think I can say obviously, Burger King is a world leader in the restaurant business, and I know that thousands of Kosovo citizens have already enjoyed their fresh and delicious food since the soft opening in December.  The high levels of consumer interest and business activity are signs that people in Kosovo are excited to try new things, and particularly excited about iconic American brands like Burger King.

But I also want to highlight the real impact new businesses have on the economy, especially a well-known name like Burger King in an emerging market such as Kosovo.

The addition of another American franchise – one that emphasizes a culture of excellence – will help drive improvements in customer service and supply-chain management.

This business has already changed the lives of young Kosovo citizens, providing 100 jobs with many more to come as the business expands to new locations.  That includes management training opportunities, as people move up in the organization.  I’ve been impressed with the energy, education and creativity of the youth of Kosovo, and I’m sure they will do a terrific job for Burger King.

What people may not think about as they’re enjoying their Whoppers and shakes is that a franchise development like this has big implications for the overall economic relationship between Kosovo and the United States.  It is a sign of investor interest in Kosovo’s growing market.

As my predecessor Ambassador Delawie often said, each new American franchise that opens is a sign of confidence in Kosovo and its future.  Major chains do extensive research before opening in a new market.  Each new franchise that opens sends a positive signal to other franchises and, more importantly, investors.  My government is pleased to see the growth in American investment in Kosovo and we are encouraging more companies, in more fields, to give Kosovo a close look.

We have to acknowledge, however, that there are factors external to business development that are holding back international investment in Kosovo – particularly the ongoing political tensions in the region, and the challenges of corruption here in Kosovo.  Efforts to build peace, justice, and prosperity for Kosovo and its neighbors are inextricably linked.  Peace, justice, prosperity – the United States is committed to supporting our friends in Kosovo as you face and overcome the challenges on all three fronts.

So – let me finish by once again congratulating Burger King Kosovo on this exciting business venture, one more sign of the benefits a close relationship with the United States brings to Kosovo.  Thank you for your attention.