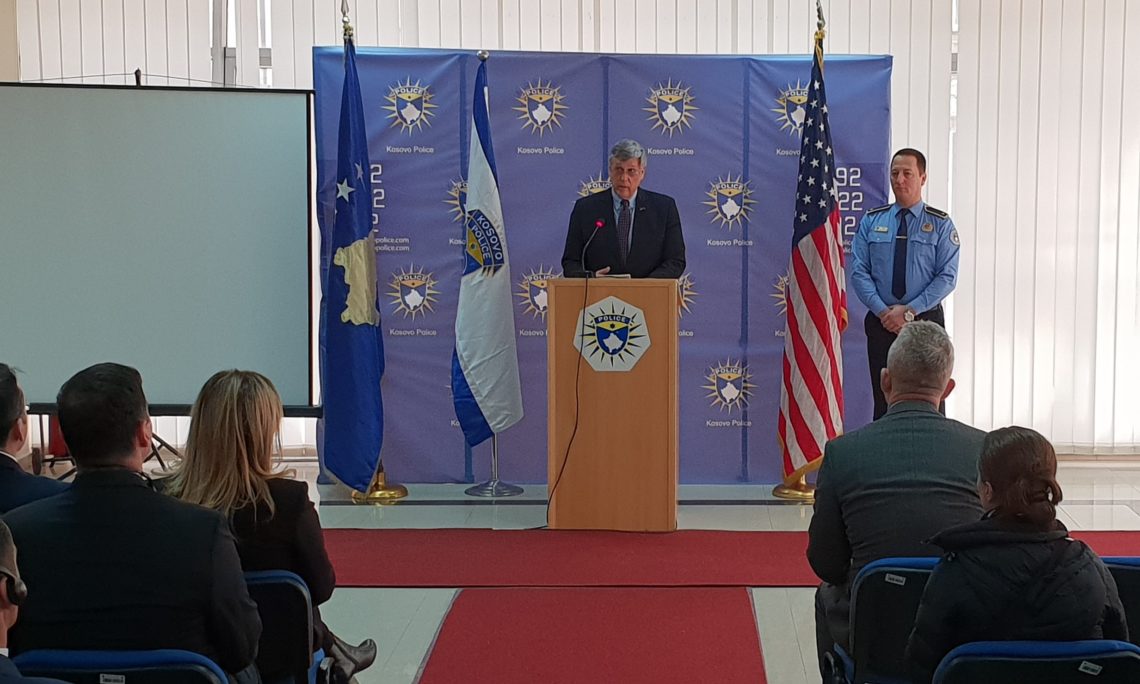 Ambassador Kosnett’s Remarks at the Launch of Terrorist Use of Technology Workshop, January 28, 2019

Good Morning, ladies and gentlemen. Director General, thank you for those kind remarks.

Before I turn to the topic of the conference, I would like to say few words about the Kosovo Police.

As many people know, I served in Kosovo 15 years ago.  And to see the strides that the Kosovo Police have made over the years has been an enormous pleasure to me.  The professionalism and the courage of the Kosovo Police are well-known.

I would also like to take note of the Director General’s comments on the commitment of the organization to build a multi-ethnic police force.  I believe that having a police force that represents all of the people of the country is vital to the development of the society, as well as to the specific goals of the police in fighting crime and I would like to encourage you to continue in that direction.

Now to turn to the topic of the workshop on “Terrorist Use of Technology”.  Thank you very much for the opportunity to speak this morning.

The United States remains focused on rule of law and promoting regional security.  As part of this focus, we are carrying out a $1.4 million dollar Anti-Terrorism Training and Assistance (ATA) program to support these lines of effort in Kosovo.  It is wonderful to see hard-working Kosovo Police, prosecutors and judges attending today’s workshop and one of seven ATA sponsored courses.

The Embassy is proud to collaborate on this two-day training, which provides the organizational framework of laws and policies for leaders to consider when investigating and prosecuting terrorists.  This is an important event for rule of law and regional security.

No one, no country is immune to terrorism.  Kosovo institutions performed impressively in 2016 to disrupt a planned attack against an Albanian-Israeli soccer match, using a drone to transport and detonate explosives.  In May of last year, eight citizens of Kosovo were sentenced on terrorism charges for their roles in this attempted attack.

Two weeks ago, the Kosovo Police arrested an individual for making threats against Prime Minister Haradinaj, through social networks and the internet.  These examples demonstrate the tremendous growth in developing capabilities and engagement with regional partners and we look forward to continuing to help the Kosovo Police to build on this record of success.

Our most experienced law enforcement mentors and instructors: Jim Fitzsimmons, Mike McTavish, Art Ehuan, and Shawn Fleury have the expertise and skillsets to provide insights and training for the Government of Kosovo.

While Jim and Mike are already working and mentoring the Kosovo Police’s Counterterrorism Unit, Shawn and Art will lead this workshop.  We are confident that you’ll find this workshop educational and beneficial to the Government of Kosovo as technology continues to play a vital role in terrorist activities.

Let me close by once again thank you again for the opportunity to speak here this morning.  We look forward to continuing engagement and cooperation with you on these issues.  And I wish you continued success as the Kosovo Police continue to build a reputation as one of the finest police organizations in Europe.