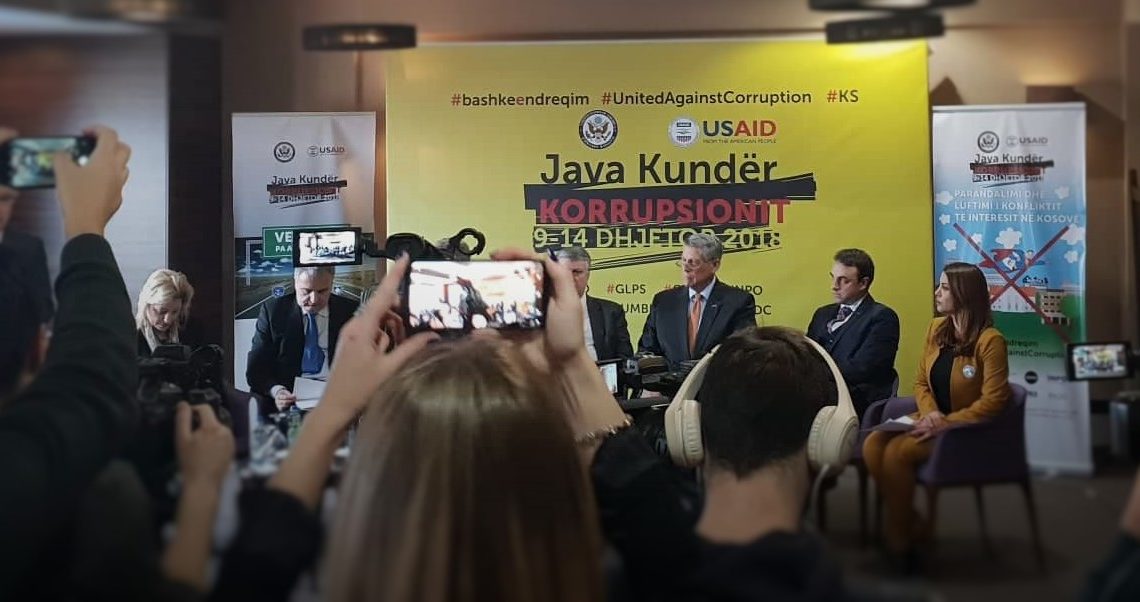 Ambassador Kosnett’s Remarks at the Kick-Off Conference with Ambassadors of the QUINT/EUSR, December 10, 2018

Ladies and Gentlemen, good morning. I would like to begin by thanking the Initiative for Progress for inviting us to speak today.  I am thrilled to be here—this is my first public event as ambassador—I am pleased to be here to help kick off Anti-Corruption Week.  This is an indication, I think, of how very important corruption, as an issue, is to me as well as to all my colleagues.

While I arrived just a few weeks ago, this is not my first time in Kosovo.  When I was working here in 2003, things looked very different: the country was in the period of post-war recovery.  Ethnic tensions were high, and the justice sector was not fully functional.  I feel honored that I was able to help—in some small way, along with my colleagues—to ease the country toward a future based on democracy and rule of law.

I left Kosovo only six months later, but Kosovo remained on my mind and in my heart.  Now, back here in 2018, I feel privileged to be present for the start of Kosovo’s second decade as an independent country.  I applaud the government for the advances it has made in combating corruption.  I am encouraged by greater public access to information, and I commend the Assembly for the recent adoption of nine laws to strengthen anti-corruption reforms across the government.  These reforms facilitate consistent sentencing for illegal behavior, enable the public to report misconduct of judges and prosecutors, and significantly improve women’s inheritance rights.

But it’s clear that this is not enough.  Good laws only work when they are enforced—and enforced equally and with justice for all.  As we all know, some government officials take bribes, hire cronies, and interfere in the judiciary.  Some regularly abuse their official positions, with impunity, to benefit themselves, their family members, and even their friends.  In Kosovo, sadly, some officials are too often putting their personal interests before the public good.  Corruption, at all levels, tarnishes Kosovo’s reputation at home and abroad, diminishes citizens’ faith in their government, and discourages investment and economic growth.  While transparency and solid laws are essential, the government must now prove that it is willing to punish corrupt officials, to punish corrupt practices and behavior, starting from the top down.

Now is the time to move from transparency to accountability.  This requires leaders who serve with honesty and integrity—who are unafraid to take a stand and report corruption when they see it.  Courageous leaders must also be willing to ask themselves, “Am I serving Kosovo or am I serving someone else?”

Thank you all for your attention. Faleminderit. Hvala.