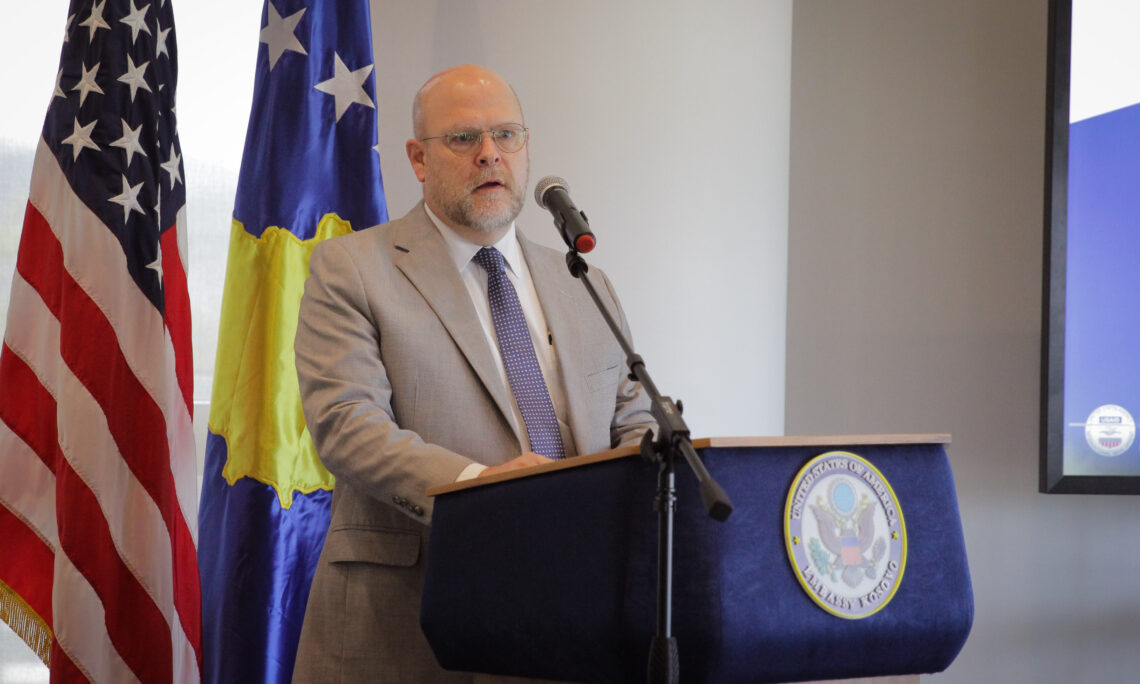 It is an honor to host you all as we advance our shared commitment to increasing accountability and transparency and closing the space for corruption.

We are here to celebrate our work together to improve public procurement through USAID’s new Kosovo Municipal Integrity Activity. And I’m delighted we can showcase this partnership here at the U.S. Embassy.

Fighting corruption remains a strategic priority for the United States Government both domestically and overseas.

One indication of how seriously we take this is reflected in what our top leaders have to say. President Joe Biden has termed corruption to be a “national security threat in the 21st century.”

USAID Administrator Samantha Power has said that corruption is a “scourge that eats away at global development gains, harms the most marginalized, and fuels autocracy.”

Here in Kosovo, supporting anti-corruption efforts is one of my top priorities. Your presence here today makes clear that it is one of your top priorities, as well, as it is for many of Kosovo’s central and municipal public institutions, civil society, and private sector actors.

Indeed, Kosovo has experienced a steady growth in political will as people like you who demand change have emerged across the country. These champions now serve as leaders and models for others.

This enhanced effort to combat corruption is evident in many ways:

through legislation, such as the Assembly’s unanimous approval of a bill to create a dedicated Commercial Court that makes it easier for Kosovo businesses to work; and, through high-level political commitments, such as President Osmani’s announcement of Kosovo’s top commitment at the global Summit for Democracy in December 2021: fighting the scourge of corruption.

Our work on anti-corruption involves multiple U.S. government agencies, and has been a priority for decades.

Today’s signing builds on years of USAID working as partners with the Government of Kosovo and civil society to encourage reforms that have resulted in a significantly more accessible procurement process, an empowered and engaged public, and a recognition that Kosovo is the standard-bearer in the region, and across Europe, for procurement transparency and effectiveness.

The United States Government will continue to support Kosovan institutions as they build on this momentum and the impressive gains already achieved.

Of course, there are still long-standing corruption vulnerabilities that Kosovo urgently needs to address. And we are all here today to recommit to one another and to the people of Kosovo our efforts to limit the opportunities for fraud, waste, and abuse in public procurement system.

For more change to take place – and to be lasting – we need leaders, like each of you, to embrace reform as a high priority. That’s why today we will document this commitment in the Memoranda of Understanding we are here to sign.

These efforts to increase accountability will address the critical gaps that still remain in Kosovo’s public procurement system – and will undoubtedly lead to a further reduction in corruption.

We all want to see these changes. But what we most looking forward to seeing is the impact these reforms will have on strengthening an open and strong democratic society.

As President Biden has said, “Democracy doesn’t happen by accident. We have to defend it, fight for it, strengthen it, renew it.”

We are here to support the individuals and institutions who do the difficult work every day of defending and strengthening democratic ideals in Kosovo.

My team and I are honored to work with all of you to make these ambitions a reality. Thank you.