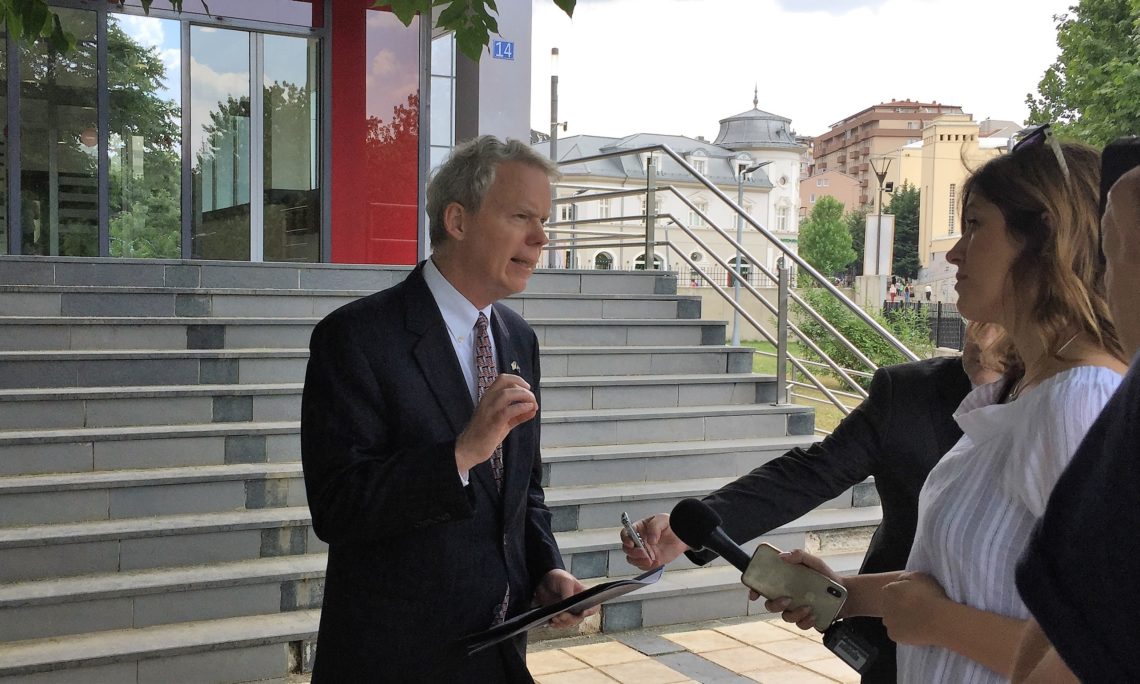 I had a good meeting with the Prime Minister where we addressed this issue. I certainly shared my concern about the disturbing number of recent incidents directed by a few people at a few individuals of the Kosovo Serb minority groups.  I think these incidents are completely unacceptable.

I welcome the government’s statement from yesterday. I do want to see some more. I think the police are clearly reacting in a positive way and that is good, but I think the response needs to be improved and they need to work a little bit more on prevention as opposed to just dealing with things after they happen.

Kosovo is a multiethnic society and it depends on everybody to do his or her best to live with their neighbors. Everyone has a responsibility to live peacefully with his or her neighbors.

I certainly ask that people do not allow rhetoric from other quarters to incite them to negative and criminal behavior.  This only hurts Kosovo, it only hurts Kosovo’s goals for the future for every single citizen of this country.

I have to say that claims of “organized terror” or “incursions in the north” only serve to heighten tensions between communities and create greater insecurity for everyone.  All sides—including the media—should carefully weigh their words, consider the impact of their words, and make an effort to contribute to safety and security for Kosovo.

It goes without saying that I think it is important for everybody from all communities of Kosovo to work together for reconciliation and for a better future for all of Kosovo’s citizens.