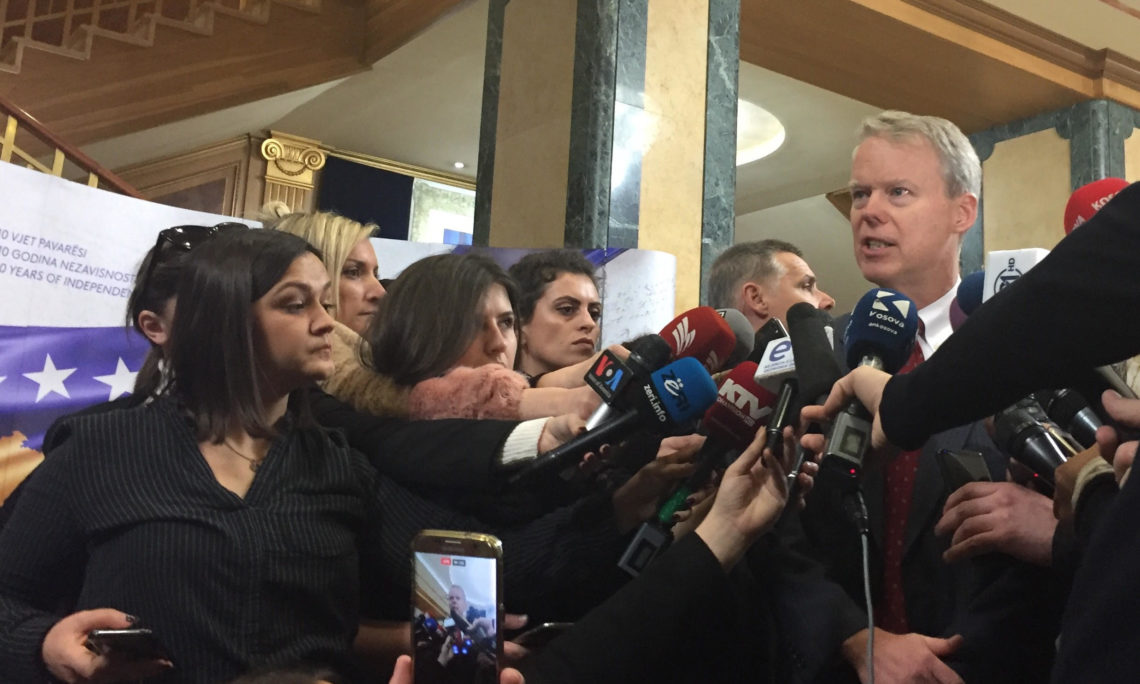 Today is an important day. Today, the Kosovo Assembly has the opportunity to move beyond the intractable debate over the border and score an important victory for its citizens.
Two and a half years of potential progress and integration with Europe have been lost over this issue.  Kosovo does not have any more time to lose.
As much as this vote is about visa liberalization, it is also about settling the border with a friendly ally and NATO member, Montenegro.
This vote will also show which parties are serious about their responsibilities to govern Kosovo for the benefit of its citizens from all communities, and which ones are interested only in scoring political points.
I call on all MPs to vote in favor of the agreement. An abstention or failure to show up is a vote against the agreement and against the best interests of your people.
Every vote counts.
And if this agreement does not pass, the voting record will show who has failed Kosovo’s people.
I continue to be amazed at how hard some people are working to prohibit Kosovo’s young citizens from traveling in Europe.
Do not leave your citizens in isolation. Vote for Kosovo’s future. Vote in favor of this agreement.

I’m going back to my Embassy for a couple of meetings. I will be back. I’m not giving up. I hope the Members of Parliament won’t give up either. Today is the day to vote yes, and I am optimistic that will happen and the Border Agreement will pass.

I’m back, as I promised I would be. I have to say, I’m really disappointed that one party is using violence to hinder democracy in Kosovo. I hope that Members of Parliament will return to the Assembly as soon as possible to vote yes on the Border Demarcation Agreement. I’d love to see Srpska List here to vote yes on an agreement that clearly is in favor of their community as well. Kosovo needs to make progress.

This is really terrific news. Congratulations Kosovo. The Assembly did the right thing and I want to say on behalf of my country thank you to all the Assembly members who participated in a democratic way and voted yes on the Border Agreement with Montenegro. Wonderful, wonderful news.