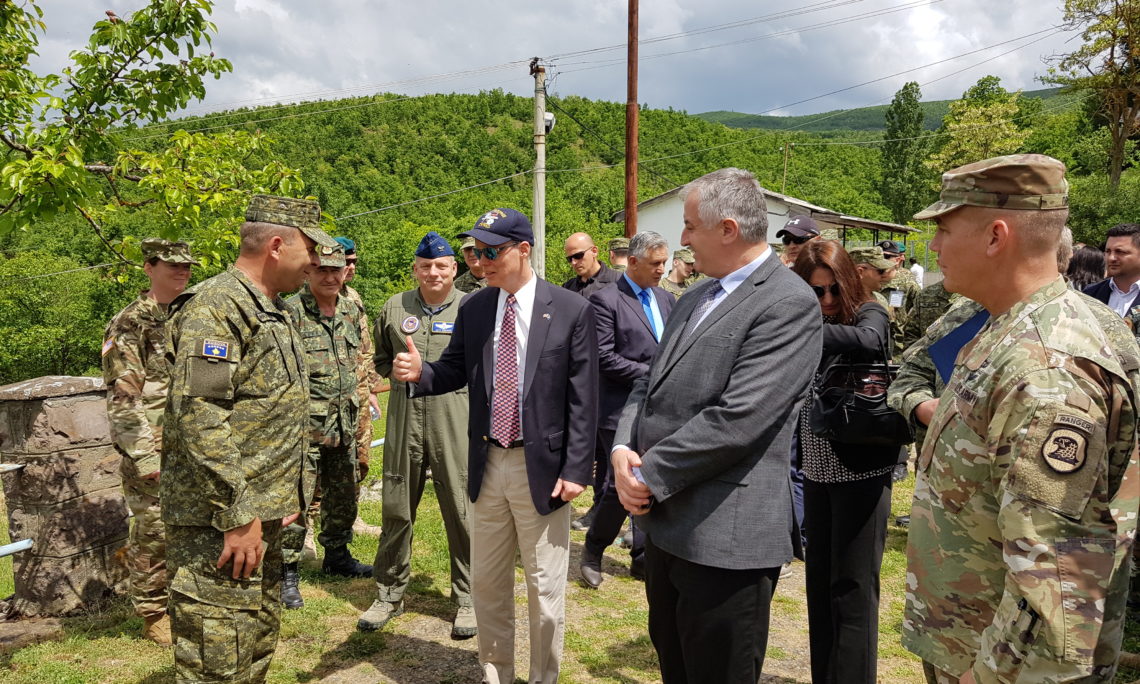 Wow! What a great exercise the Kosovo Security Force has put on with the successful execution of Eagle 6. This disaster response exercise is timely, and a great demonstration of the critical services the KSF provide to all of Kosovo’s citizens.

The United States is proud to have worked alongside the Kosovo Security Force, as well as six other nations, in putting on this exercise.

In total, 88 U.S. military personnel were involved in Eagle 6 over the past two weeks. They represent both the Iowa National Guard and U.S. Army Europe. I couldn’t be prouder of the work accomplished by our servicemen and women, together with our international partners.

The faith citizens of this country have in the Kosovo Security Force is well placed. The KSF has earned its reputation as a credible and able organization. The KSF represents all segments of Kosovo society and has demonstrated during this exercise their readiness to answer the call of duty.

We look forward to seeing the Kosovo Security Force continue to improve upon these already impressive accomplishments, and intend to work alongside them every step of the way.