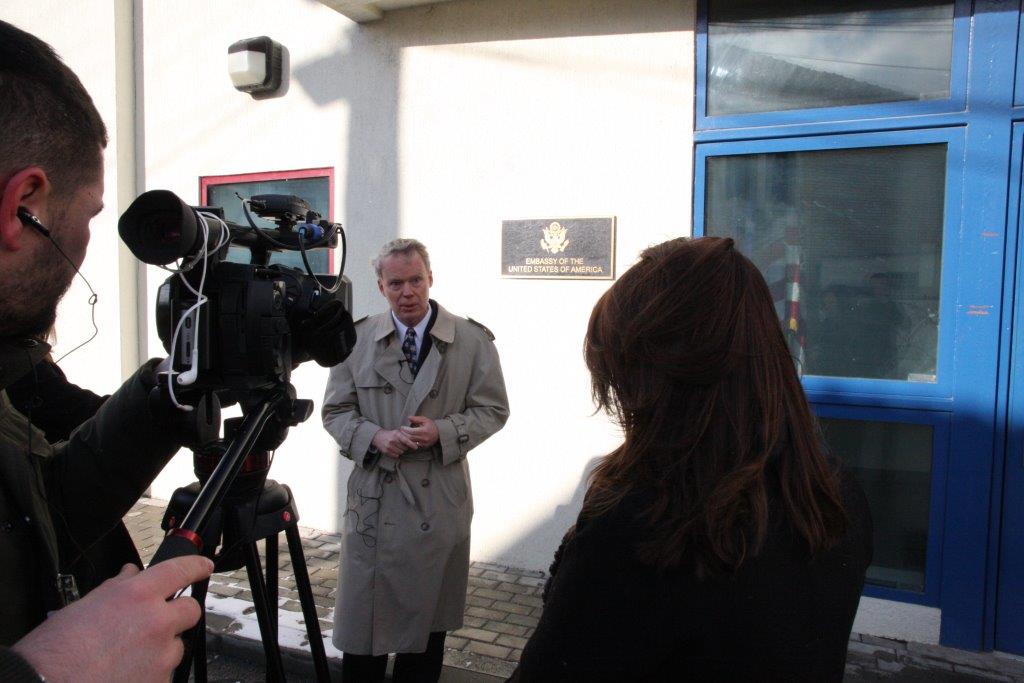 I think it is important to recognize that combating violent extremism is something every country in the world has to do. Certainly we have to worry about that in the United States, so it’s not just a Balkans issue, it is not just a Kosovo issue. I think we’ve got an absolutely terrific partnership with Kosovo on this important issue. Kosovo has passed important laws, has put people in jail, the number of people heading toward Iraq and Syria to fight is way, way down. But I think the most impressive element in this whole story is what happened in November related to the Israel/Albania soccer game, which was originally going to happen in Shkoder and then got moved to Tirana. Due to the actions of the Kosovo police and the Kosovo government agencies, that plot was completely disrupted. There was a potential for lots of casualties from that attack. It impressed me that Israel beat Albania 3-0 in that soccer match, but everybody went home a winner because everybody went home alive. And that is because of the actions that Kosovo government officials and their counterparts in the region took to protect people’s lives. So we are very impressed with the work of the Kosovo government dealing with the violent extremism problem. Kosovo is one of our strongest partners, and we look forward to continued cooperation on this extremely important issue.