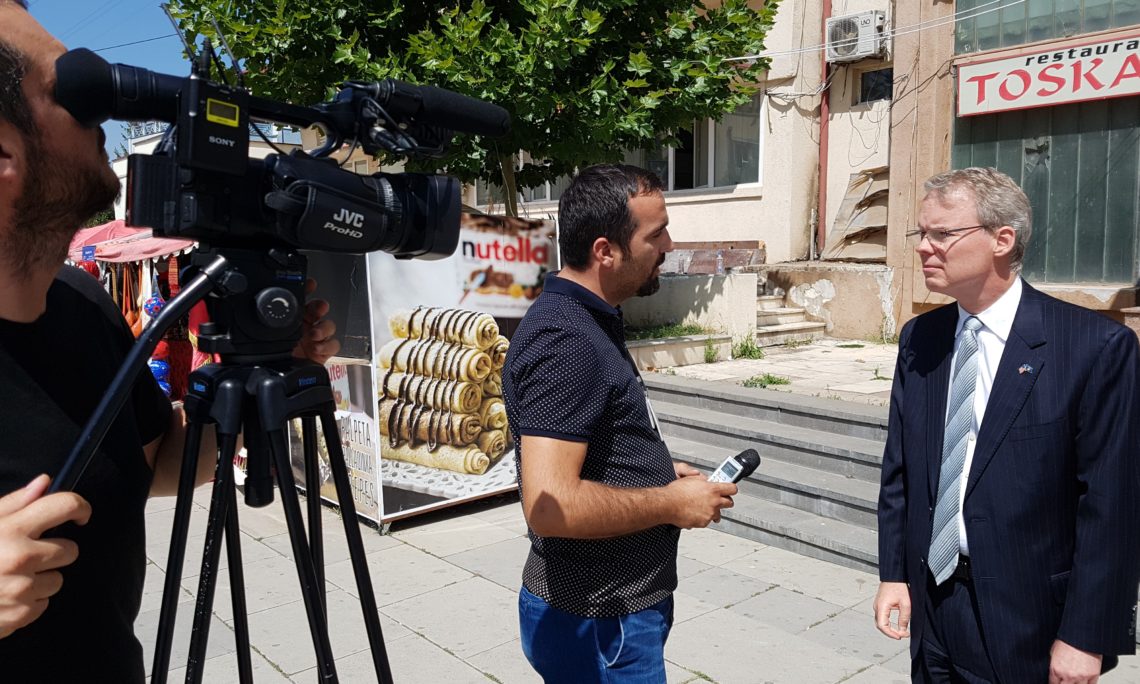 RTK: What is the reason you have met Mr. Stavileci?

I want to say that we have been encouraged by the quick response from the Kosovo Police and I am confident that they will be able to solve this investigation quickly. I also have to tie this attack to other recent events. There was the assault on former journalist Arbana Xharra in May, the August attack on the Acting Director General of the Kosovo Corrections Service Sokol Zogaj, the Insajderi Director of Investigative Reporting Parim Olluri, and we just heard today about an attack in Skenderaj on Beqir Veliu that apparently happened last night and is still being investigated.

The type of violence we are seeing here really recalls some of the darkest periods of Kosovo’s history and I would say that those of us who share my desire, that Kosovo become fully integrated into Europe, have to work against this type of violence because it is holding Kosovo back. No one who cares about Kosovo’s future in Europe benefits from this violence.