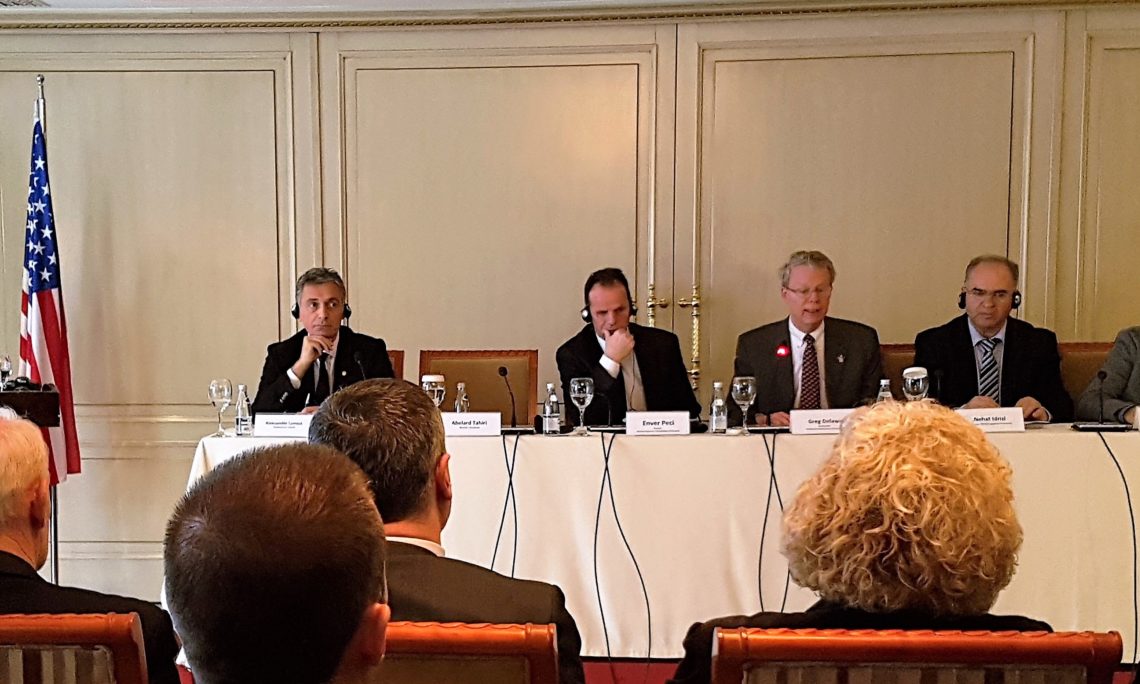 Minister Tahiri, President of the Supreme Court Judge Peci, Members of the International Community, thank you for the invitation and the opportunity to speak to you today.

Congratulations to the Supreme Court on the adoption of Kosovo’s first version of sentencing guidelines.  This is an important step for the rule of law in Kosovo and I am proud that the Embassy contributed to its development and will continue to support it in the future.

Kosovo is making progress in the area of Rule of Law, but there are still many challenges.  One of those challenges is sentencing practices.  There is inconsistency in sentencing outcomes, disparity in sentences from region to region, and a perception by the public that outcomes are politically or personally influenced.

These public perceptions are particularly important for the justice system because it doesn’t matter how well written and morally sound the laws are, the justice system fails when it cannot command the respect of those it governs. And a lack of faith leads to a loss of hope. The Supreme Court has developed the guidelines as a direct counter to those problems.

I need to emphasize one thing – the guidelines do not mandate the same outcome in every case.  There are those who hear the words sentencing guidelines and immediately assume that the sentence is mechanically determined and the judge is stripped of all power to tailor a sentence to the specific case and specific defendant.

If we have learned anything in the last 50 years of guideline experimentation in the United States, it’s that rigid, pre-determined sentencing outcomes do not work.  What we have also learned is that unstructured sentencing approaches don’t work either.

The best approach is a balance between the two – when judges share a structured approach to a sentence, and have the flexibility and discretion to tailor a sentence to the particular facts of a case.  The balanced approach naturally creates consistency in sentencing outcomes while retaining judicial discretion, and increases transparency to the public.  And the public is entitled to information necessary to evaluate the workings of the system as a whole, as well as the disclosure of the rationale for sentences in particular cases.

I believe the Supreme Court has found that balance and has created a practice that will be welcomed by everyone involved.  I commend them for their proactive approach and willingness to tackle a difficult problem and take concrete steps to improvement.  I realize that this does not end the process.  For the guidelines to work effectively, they will require constant re-evaluation and adjustment.  Know that the U.S. Embassy looks forward to continuing to support this important decision and the judiciary as it moves forward.

I strongly encourage every judge in Kosovo to take this effort seriously and approach it with the dedication and professionalism that the people of Kosovo deserve from their judiciary.