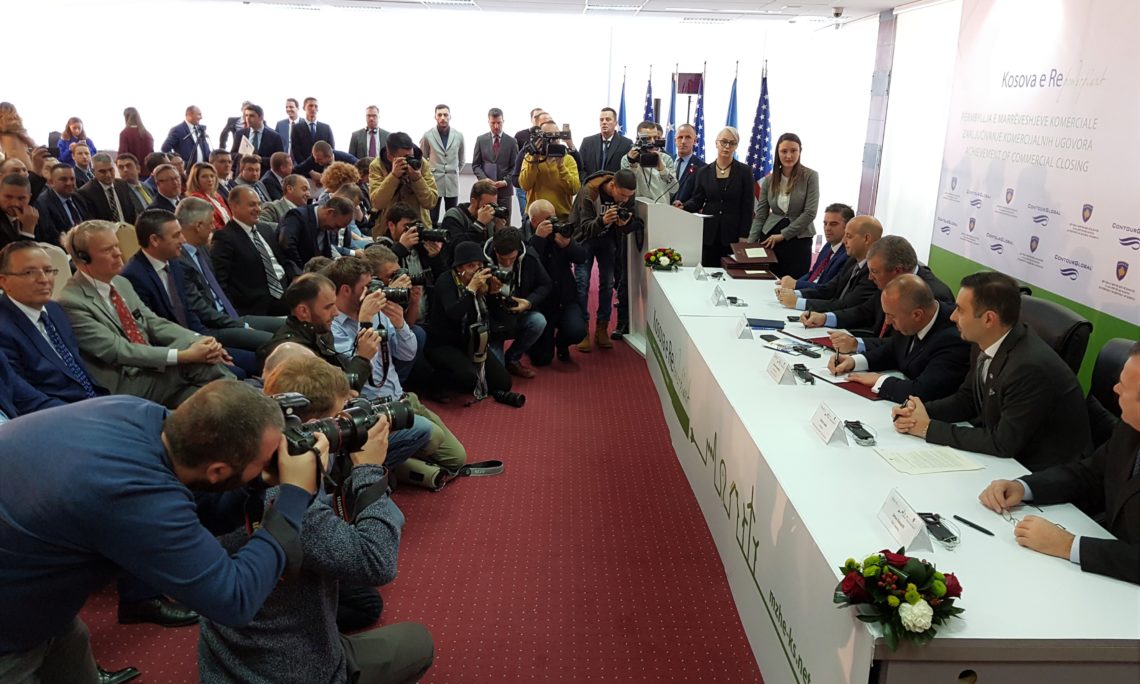 Congratulations to both parties. This is a great day for Kosovo’s energy security. This success is thanks to many. I want to acknowledge the leadership of President Thaci, Prime Minister Haradinaj, Ministers, and members of the Project Steering Committee. I think it is also important to point out the important contributions of former Prime Minister Mustafa and former Minister Stavileci to today’s success. On the part of the U.S investor, Contour Global CEO Joe Brandt, his team, and many other people have worked tirelessly to reach this agreement.

Kosovo’s current power plants are old and less reliable than we all want. Replacing Kosovo A is vital for ensuring Kosovo’s energy security. Energy security has been a huge obstacle to economic growth, costing the economy about €300 million a year. In addition, as many of you have seen from our Embassy website’s Air Quality Monitor, there are days where the air quality is hazardous to breathe because of pollution.

Since Kosova e Re will be built to the highest European environmental standards, it will produce far less pollution than the existing Kosovo A Power Station.

This project will represent the largest foreign investment in Kosovo’s history. This achievement is a clear indicator that Kosovo is ready for more private investment from around the world. I certainly want to invite businesspeople worldwide to take another look at Kosovo’s potential.

This is a terrific start, but there is still much more work to be done to make Kosova e Re a reality, and you all can rest assured that the United States will be here to lend its support, as we have since the project’s inception more than 13 years ago.

Congratulations again on this occasion. We look forward to continuing our work together to build a prosperous, healthy, and energy-secure future for Kosovo.