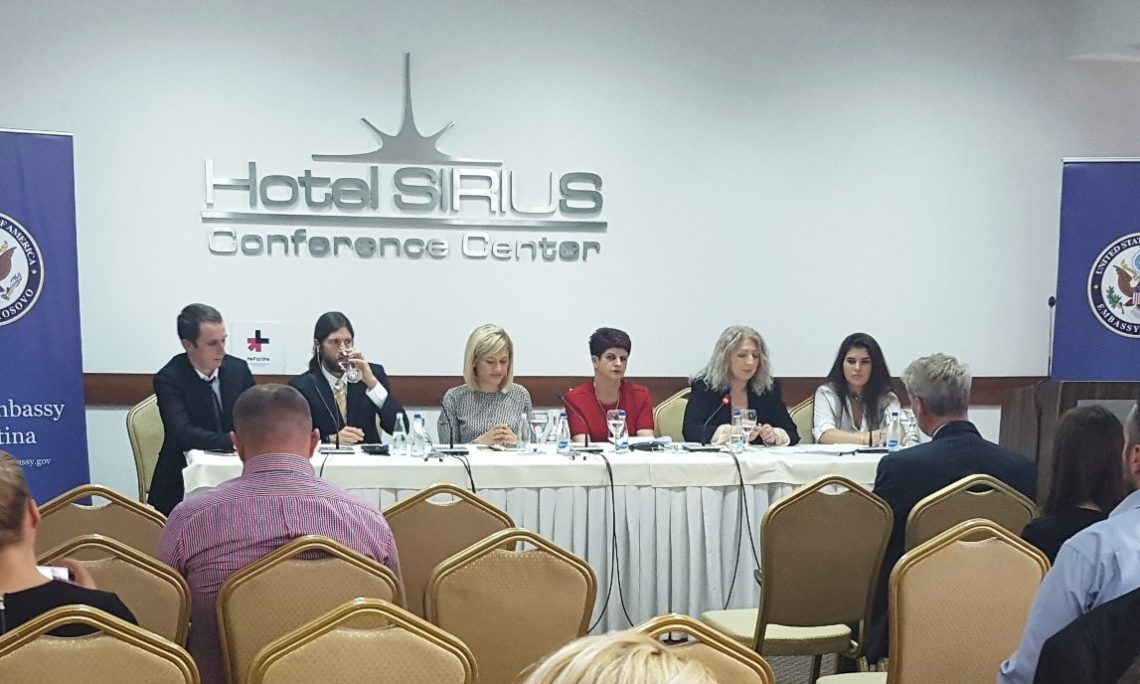 Ambassador Delawie’s Remarks on Gender Equality through Sports, May 13, 2017

Thank you very much, and thank you to our talented panelists—I really look forward to hearing your thoughts this afternoon.

I speak often about gender equality in Kosovo—especially about equal property rights and women’s economic and political empowerment, and of course I also speak about things like Girls in ICT, and I support the Girls in ICT with this button that most of you cannot see perhaps —and when I talk about things like gender equality, I often use the analogy—“you can’t win many games with half of your team sitting on the bench.”  I think today I’ve finally found the perfect audience for that message.

I think it’s fitting that two of Kosovo’s greatest moments as a young nation came in the sports arena led by women.  The first was walking into the Olympic Stadium in Rio last August with a delegation of five women (and only three men).  The second, of course, came just a few days later when Majlinda Kelmendi became Kosovo’s first Olympics’ gold medal champion.

The reality is that Majlinda and her Olympic colleagues, Donjeta, the Women’s National Football Team, and so many other promising athletes here—are inspirations for all of Kosovo, not just for the girls.  And together, we need to support them as the athletes they are—not as sportsmen or sportswomen.

I will let our guest, Michael talk more specifically about how our athletic organizations in the United States support gender equality, but I want to mention one very important piece of the puzzle for us.

“Title IX” is part of a federal education law passed in 1972 that states that “no person in the United States shall, on the basis of sex, be excluded from participation in… any education program or activity receiving Federal assistance.”  In practice, this means that by law, schools in the United States must provide equal opportunity and equal resources for male and female student-athletes.

This means an equal number of sports available to each gender, an equal amount of scholarship funding and, most importantly, equal treatment when it comes to equipment and supplies, access to coaching, medical and training resources, travel and per diem allowances, housing and dining facilities, support services, and so on.

In fact, the law mandates this gender equality in all academic resources, not just in athletics.

Now, I don’t know how many people here have heard of an American cartoonist, Charles M. Schulz, who wrote a cartoon called Peanuts, and included a character called Charlie Brown. Charles M. Schulz was a terrific advocate for women’s sports in the United States, and in one cartoon that he published in 1979, he had Peppermint Patty – my favorite character – say to Charlie Brown: “I have a vision, Chuck, I can see the day coming when women will have the same opportunities in sports as men.”

Now, I know that many athletes in the United States would argue that things still aren’t equal, even 45 years after Title IX.  Just last month the U.S. Women’s Ice Hockey Team threatened to boycott the World Championships over questions of equal pay and equal resources.

Because sports should be a bridge between communities and cultures.  Because sports are a source of national and international pride.  And because all good athletes know—and I mean no offense to the male athletes in the room– you can’t win many games with your best players sitting on the bench!  And if you don’t believe me, take it from Charles M. Schulz.

Thank you again to all of you for being here today, and to our great panelists.  I look forward to hearing your experiences and your thoughts as the true experts on this issue.