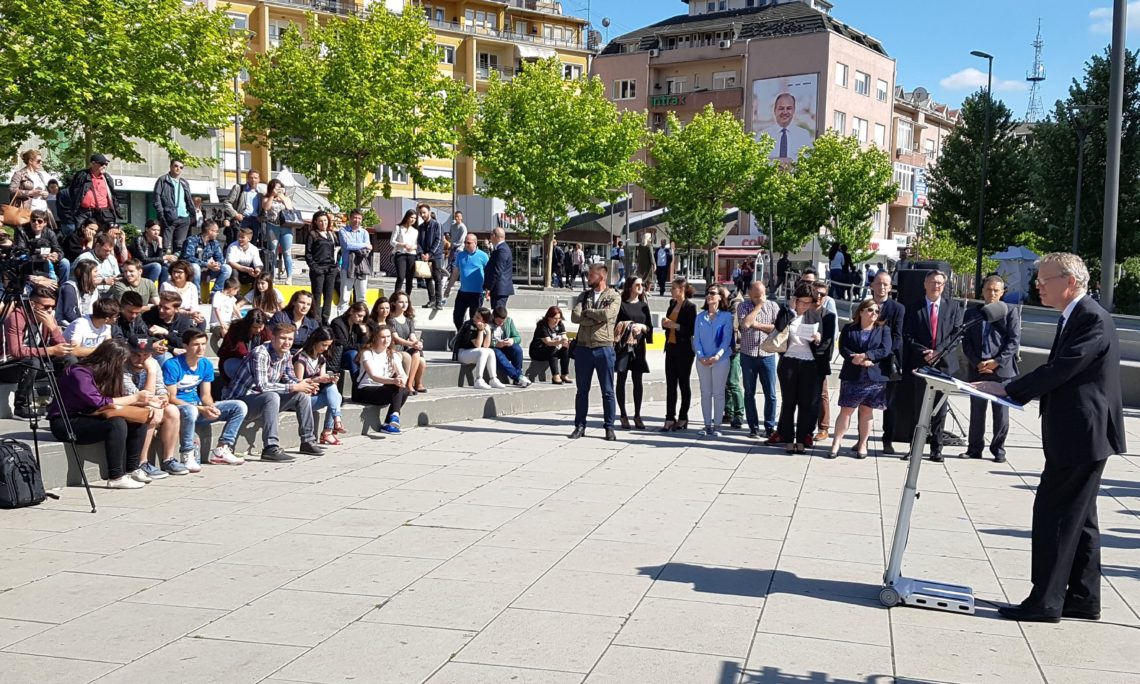 It’s great to be here today, and thank you to Democracy in Action and the Kosovo Democratic Institute for putting this wonderful event together on such a beautiful day and for creating such a creative and effective public outreach campaign.  I think most of you know how passionate I am about our shared fight against corruption.  And of course thank you to Ambassador Apostolova and the European Union for their extraordinary leadership in supporting free and credible elections in Kosovo.

Let me make just a few quick points before we get to today’s contest winners.

First, the United States’ only interest is that the elections are fair and credible, and entirely devoid of any kind of political violence or intimidation.

All candidates, in every party, have the right to campaign based on their views and values, and they must be able to do so free from threat, coercion, or intimidation of any kind.  We have already seen too many incidents of violence and intimidation and we call upon all political leaders to publicly denounce candidate and voter intimidation and to help ensure a peaceful election day.

And we request that the Election Task Force investigate any reports of attempts to influence this election.

Second, the U.S. Embassy will join other international organizations deploying observer teams at polling sites throughout Kosovo, and my own embassy team will be joined by colleagues from other U.S. Embassies in the region.  We will observe all the voting during the day and vote counting after the polls have closed.

We are deeply appreciative of KDI’s partnership with us on election observation and for their efforts to recruit, train, and deploy a cohort of 2,800 citizen election observers. Democracy at its heart is about participating and joining in, and so I thank everyone who has volunteered to make this happen.  After all, Kosovo’s own citizens are in the best position to assess and report any irregularities.

Finally, voter turn-out is critically important, and I call on every citizen throughout Kosovo to participate in the upcoming elections.  Your vote is an essential part of helping to shape the future of Kosovo.  And big turn-out matters.  It strengthens the future government and ensures the democratic will of the people of Kosovo is heard.

So please make a plan for election day ahead of time to make sure you know how you’re going to get to your polling station.  Ask your friends and neighbors to do the same.

Voting is not only one of the most significant rights of being a citizen in a democracy, it’s a responsibility.  So it is my hope that all citizens of Kosovo will make their voices heard on Sunday.