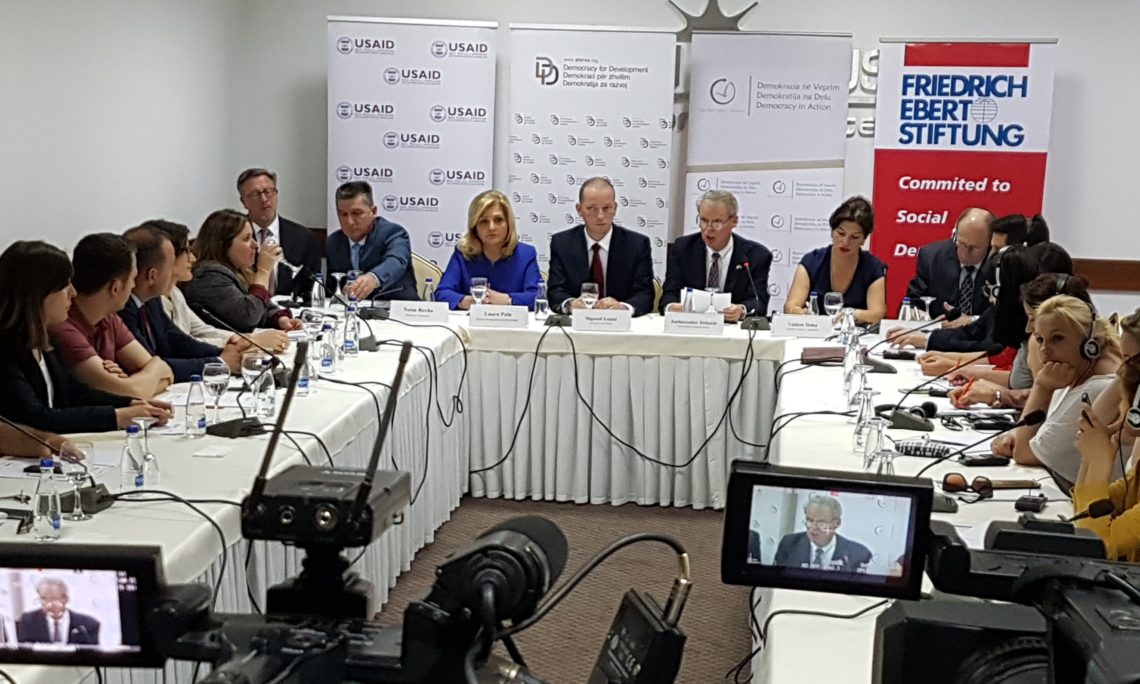 It’s great to be here today and I’d especially like to thank Democracy in Action and Democracy for Development for putting together such a great event.

I am so pleased to see such a strong commitment on the part of Kosovo’s institutions in preparing for potential incidents of fraud on Election Day.

And I’m always encouraged when I see the strong participation of civil society organizations stepping up in Kosovo.  It’s great that you were all able to come together today, because this effort requires a multitude of actors to coordinate and communicate in order to be successful.

This kind of proactive planning is essential to promoting Kosovo’s democratic processes and to ensuring the kind of fair and credible election I know we’re all committed to.

We have a saying in the United States that, “Every vote counts,” which of course is just as true in Kosovo.  It means that all citizens have a responsibility to work towards a fraud-free election process, and to ensure the legitimacy of Kosovo’s representative democracy.

Most of you will recall 2010, when the Central Election Commission had to organize re-voting in a number of municipalities and polling centers due to election fraud.  The fraud was regrettable, but the good news is that Kosovo’s institutions rose to the occasion – you successfully detected and prosecuted many cases of fraud.  And that effort left behind a very important and valuable legacy for Kosovo’s democracy.  People still remember and talk about that 2010 election, as we heard during the special election in Gllogovc/Glogovac last year.  After the 2010 experience, we then saw in 2013 and 2014 that Kosovo’s citizens, its institutions, and its political leaders proved that this country can deliver credible election results.  Those elections were not perfect, of course, but a significant and very welcome step forward.  I hope that with your help the 2017 elections will be better still.

Those of you here today on the Elections Task Force have contributed a great deal to electoral integrity by producing quick and decisive decisions in the past on election-related crimes. Many people are now aware of the fines for electoral fraud – and the difficulty in obtaining employment, or worse, landing a prison sentence as a result.  This is because of your collective efforts.

I know several of these roundtables have occurred this week to make the public aware of how to report electoral fraud.  It’s great that Kosovo’s civil society can organize these events, together with the state institutions responsible for safeguarding the political process. We will be supporting you throughout. Our Embassy will have 40 teams out on election day, observing voting during the day and observing counting after the polls have closed. I’m very happy that colleagues from several U.S. Embassies in the region have volunteered to spend their weekend supporting our observation teams and supporting democracy in Kosovo.

I commend and thank you all for giving your time and for taking your role very seriously in combating electoral fraud.  You are performing a terrific service for your country.