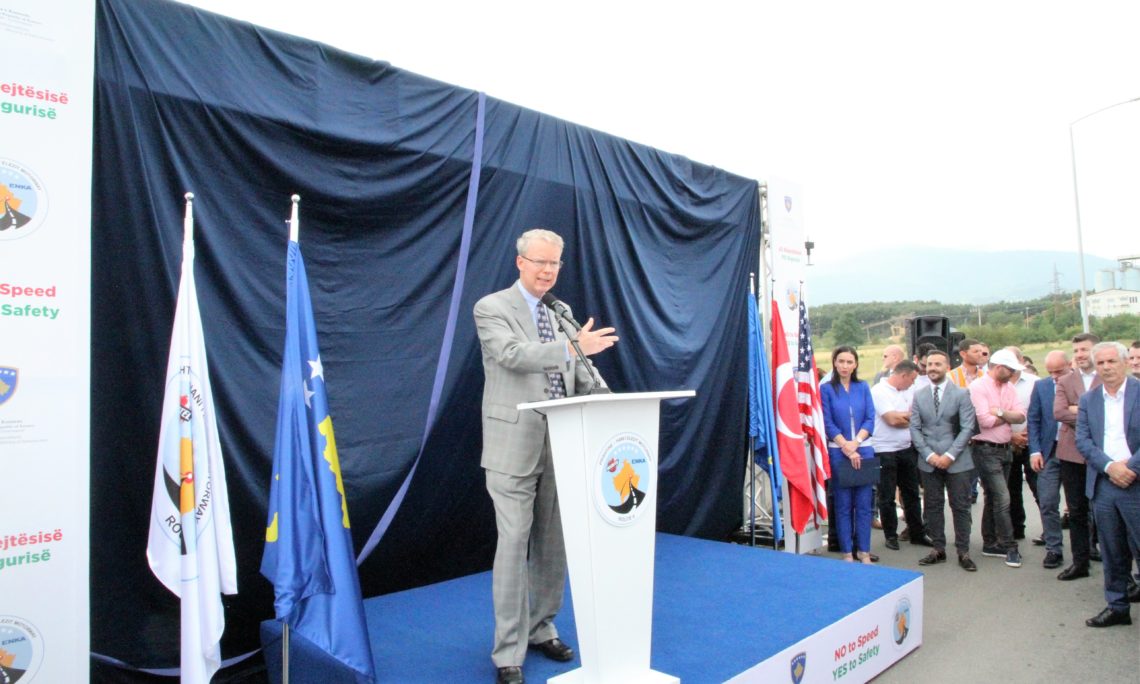 Ambassador Delawie’s Remarks at the Opening of New Segment of Route 6, June 14, 2018

Route 6.  I have to say I have never gotten here from Pristina faster than I did today.  It’s just amazing the power of constructing a modern freeway.

I was in December in Ferizaj, a couple kilometers that way, for the opening of the last segment and it’s great to see all of the progress that’s been made since then.  It’s particularly impressive to see the road taking shape through the difficult mountainous terrain, where Bechtel’s engineering expertise is on full display.

Improving Kosovo’s roads is vital for economic development.  The closure of the M2 due to landslides last month highlighted the importance that roads play in our day-to-day lives: we often don’t notice them until they do not work.  Kosovo needs good roads to move people and commerce – and to attract the investment that it needs.  Good roads such as Route 6 also help Kosovo increase its regional integration and build stronger relationships with its neighbors.

And I was not planning to talk about our Embassy, but I do want to say that a lot of the people that are helping to build our new embassy, which will be opened later this year, in the technical trade, the concrete and wiring, were trained on the road between Pristina and Tirana.  So, we were able to benefit from the good instruction that Bechtel-Enka provided to a bunch of Kosovo workers as well.

Just like the people that Bechtel-Enka directly employs, companies in Kosovo are also gaining invaluable experiences and developing their expertise.  They are also creating jobs and enhancing private-sector competitiveness.

The construction process has extensively used local companies and materials through competitive tenders.  This is the American way of doing business.  It is estimated that almost two-thirds of every euro spent is returned to Kosovo’s economy through sub-contracting, salaries, and taxes.

Projects like this, unfortunately don’t come cheap and I want to thank the government of Kosovo for successfully resolving the long-standing issues regarding delayed payments.  Their hard work ensured that this project will finish this year and that Kosovo can continue to attract first-class, international companies.

I also want to thank Bechtel-Enka and all of their teams and their partners for their hard work and dedication.  You are, figuratively and literally, paving the way for a better future here in Kosovo.