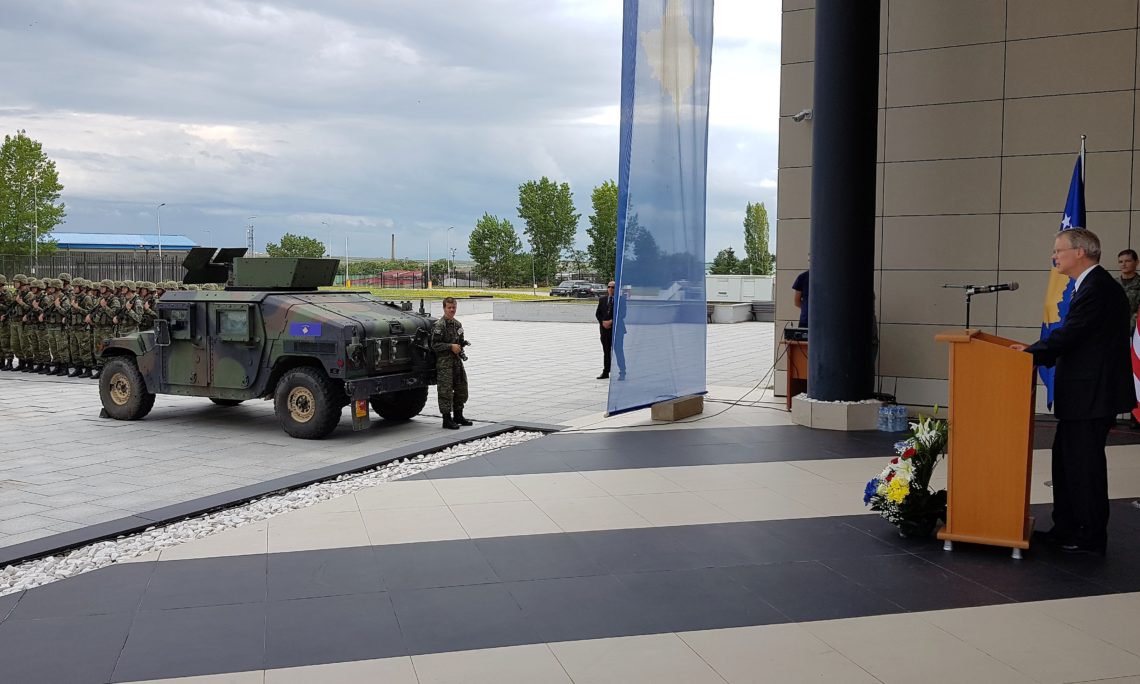 Ambassador Delawie’s Remarks at the AM General/GoK Signing Ceremony at The Ministry of the Kosovo Security Force, 17 July 2018

It’s great to see you all here today. Prime Minister, Ministers, Mr. Platt, General Rama, General Cuoci, members of the KSF, soldiers of KFOR, friends and distinguished colleagues. It’s great to be here this evening to celebrate the signing of this contract between the KSF and AM General.

The Humvee has a long, proud history in serving American and NATO forces. In service for some 30 years, it has become a ubiquitous symbol of American ground forces. And despite its age, technological advancements have seen it continue to be one of the finest tactical vehicles in the world. I’m so pleased that Kosovo Security Force has chosen the modern Humvee as its vehicle of the future.

But more than just the vehicle itself, this contract sends a clear signal to the world that Kosovo intends to follow through on its Euro-Atlantic integration, in ways both big and small. This purchase will strengthen the partnership between Kosovo and the United States, and help achieve interoperability between the U.S. military, NATO, and the Kosovo Security Force.

Furthermore, the Humvee is a vehicle that will provide invaluable service to the KSF now and in the future. We’re proud to seek that future together.

We’re excited to be a part of this next era of the Kosovo Security Force. We look forward to seeing the first delivery of Humvees arrive this year and be put to work transporting those who serve the citizens of this great country.

Thank you very much!