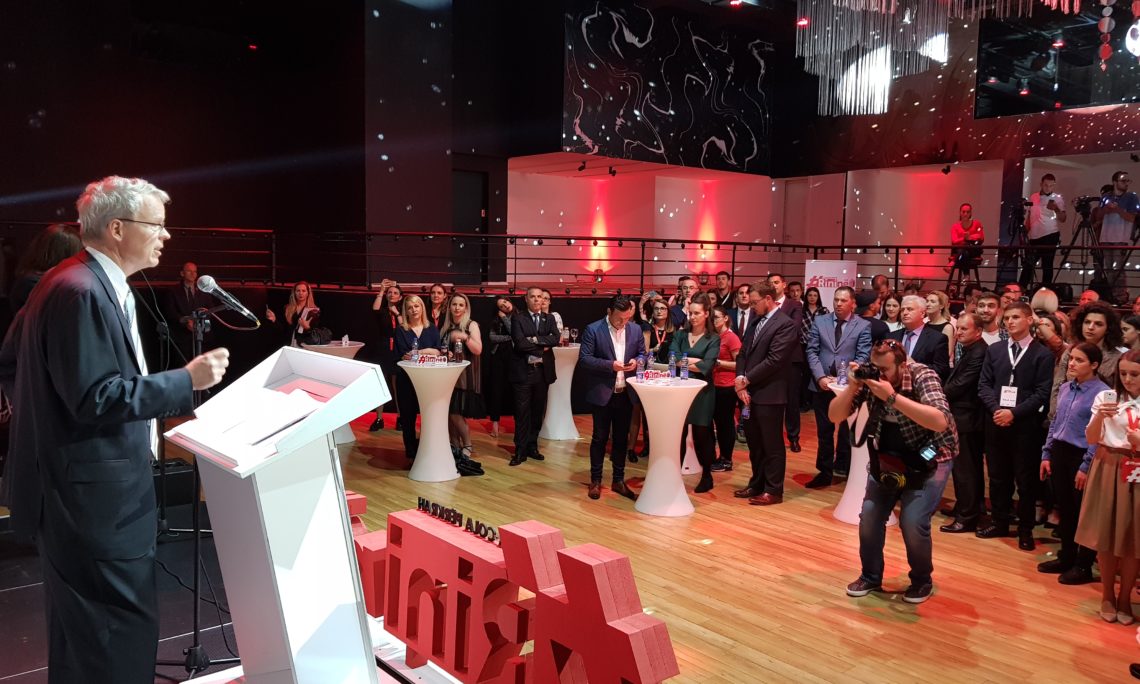 Did people learn anything in this program? Yes, I can tell, there is so much energy coming from you. That’s terrific.

It is great to be here. Deputy Minister, Deputy Mayor, it’s terrific to be able to join you today, thank you very much to Coca-Cola for inviting us to be a part of this celebration.

It is a pleasure to be here to help support Coca-Cola’s efforts in Corporate Social Responsibility, which we’ll call CSR from here on out. I want to congratulate Coca-Cola Kosovo for undertaking this great initiative to train such a large number of young people. It is a great follow up to Coke’s prior CSR activities. Soft skills such as networking are important when you are looking for a job and I commend Coca-Cola for helping to address the critical gaps in job skills in Kosovo.

The United States strongly values and actively promotes CSR activities because they encourage innovation and contribute to sustainable growth and community development. CSR activities also help companies, by enhancing companies’ reputations in their communities and connecting them better with their customers. U.S. companies operate around the world and can be highly effective ambassadors in representing American values. For this reason, we are pleased that many U.S. citizens are engaged in CSR activities. They do so as part of their responsible business practices which involve respecting the rule of law, engaging in fair play, and strengthening communities through long term investment. As a result, governments and people around the world seek out U.S. products, U.S. services and U.S. investments.

At the State Department, we show our support for U.S. companies’ CSR throughout the world via our Secretary of State’s Award for Corporate Excellence. This award aligns with the U.S. government’s goal to promote responsible business practices by championing companies that are achieving high U.S. standards. Each year, the State Department gives out this award to recognize and promote U.S. businesses as responsible and reliable partners who add value in communities where they do business. Coca-Cola has won this award twice. Coca-Cola Philippines in 2014 and Coca-Cola Egypt in 2002.
I am pleased to see Coca-Cola’s efforts to give back to the community have resulted in this project, supporting a larger community throughout Kosovo, which is the first of its kind here. I encourage other businesses to follow their example. CSR not only supports the communities that companies do business in, it is good for business as well. I hope to see Coca-Cola serve as an inspiration to other local companies as it continues its CSR activities that have a positive, long-term effect on communities they serve.